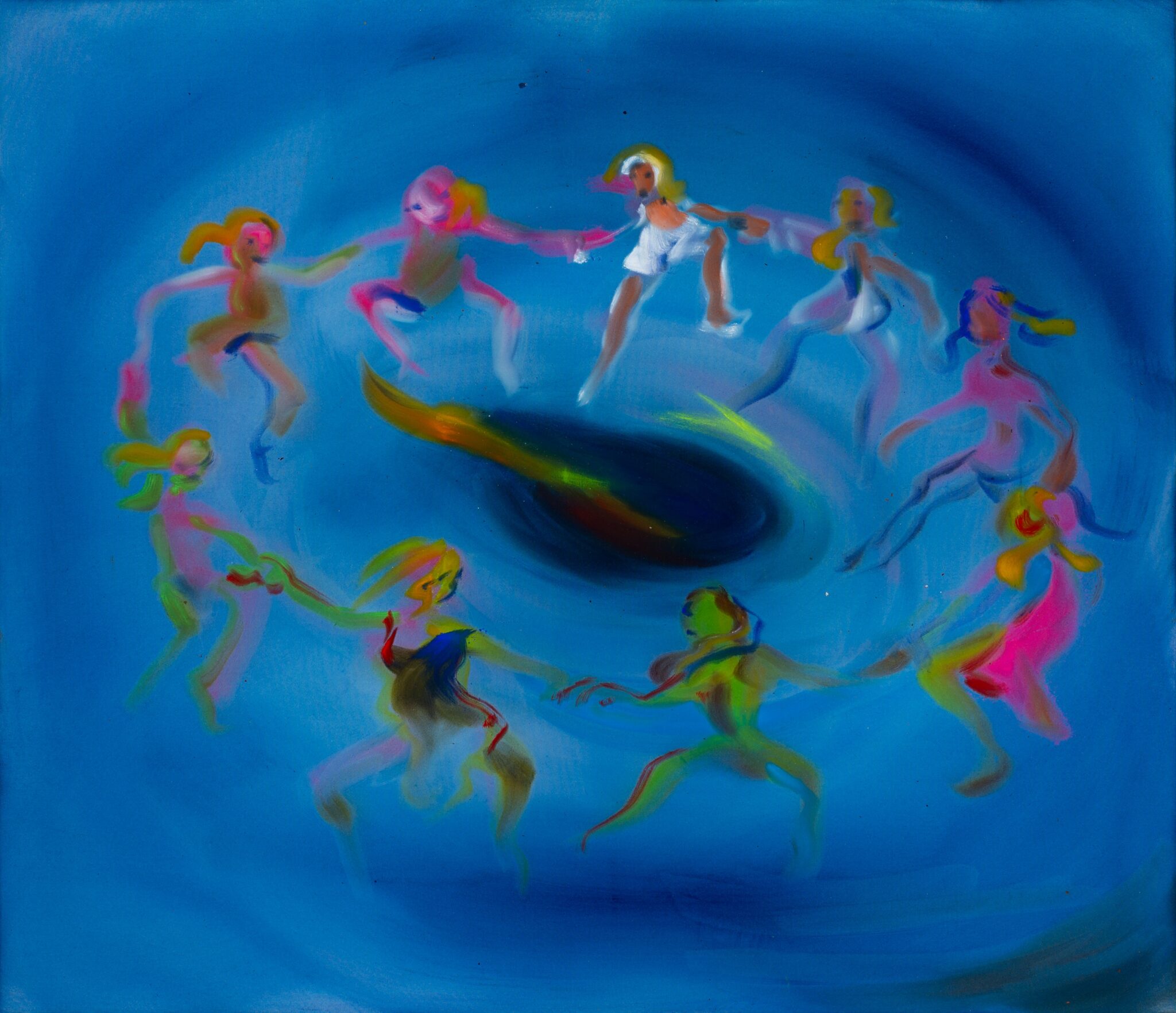 Sophie von Hellermann was born in Munich, Germany in 1975 and lives and works in London and Margate, United Kingdom.

Her romantic, pastel-washed canvases draw inspiration from fables, legends and classical mythology. She applies pure pigment directly onto unprimed canvas, using broad-brushed washes to imbue her paintings with a sense of weightlessness.

Hellermann’s recent works have been inspired by the classical Chinese novel The Dream of the Red Chamber. The book was important for von Hellermann, as well as her grandmother and parents, and they spoke about it often at home when she was a child. She recently acquired a number of different translations of the book and began to paint works based upon her recollections of the text from childhood.

Her work is held in the collections of the LACMA, Los Angeles; The Rachofsky Collection, Dallas; Start Museum, Shanghai; The Metropolitan Museum of Art, New York; and X Museum, Beijing, among others.