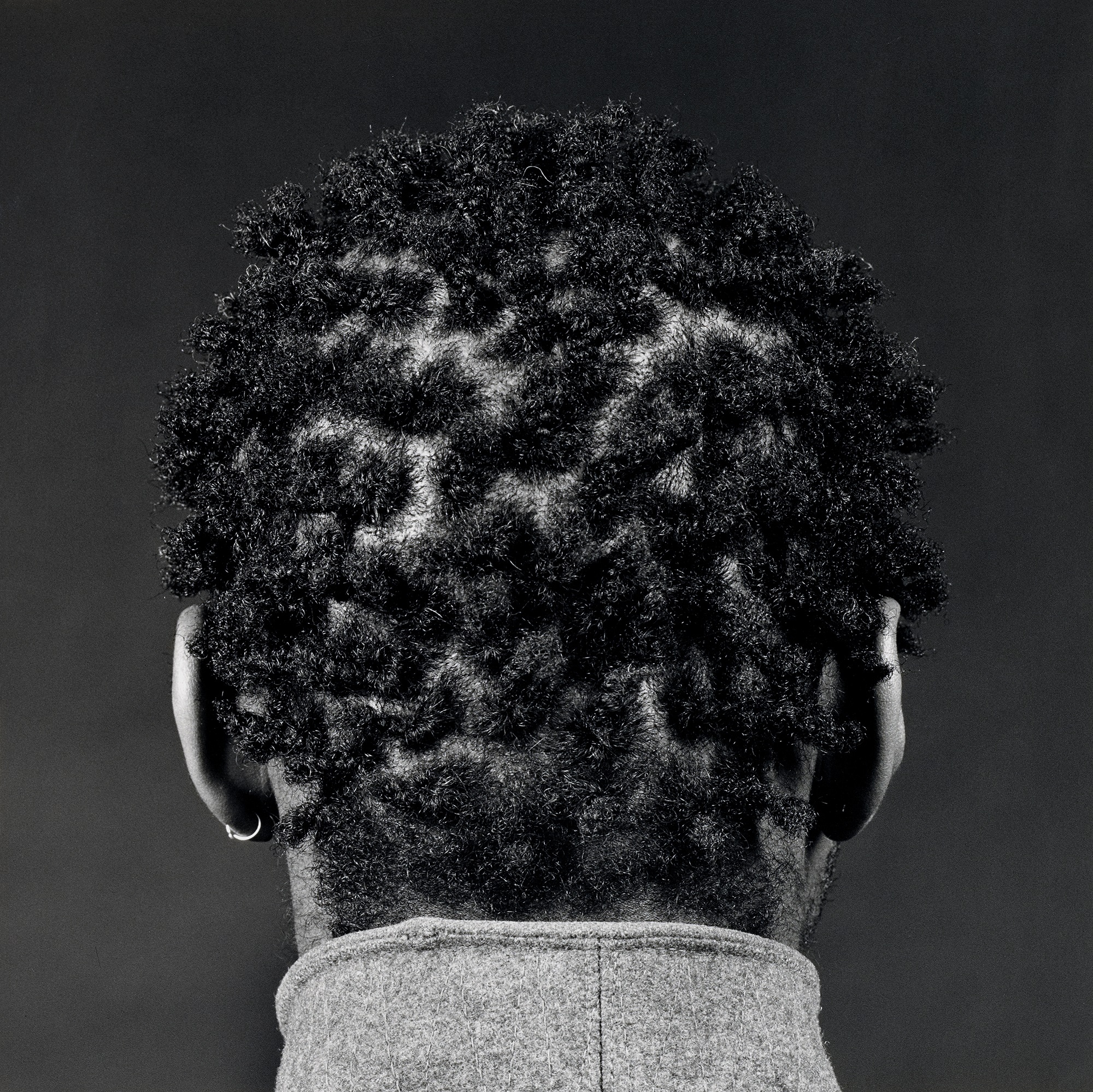 Robert was not going to get up in the middle of the room and tell a joke. He wasn’t the life of the party. He was an observer – like most photographers are. Taking pictures is observing. It’s looking. Back then, being an observer was really something. – Jack Walls on being photographed by Robert Mapplethorpe

Among Robert Mapplethorpe’s most celebrated photographs are his images of the artists, lovers, and creative people in his social sphere. His portraits of Patti Smith, Louise Bourgeois, and Arnold Schwarzenegger, among many others, quickly became iconic, era-defining images of the 1980s. In this photograph of Jack Walls – Mapplethorpe’s lover and muse during the last part of his life – the artist captures the contour of his subject’s head framed by the curly texture of his hair. Wall’s head sits atop a stitched grey felt collar that acts as a pedestal for the head. A striking image, the photograph possesses the restrained, simplified composition and beautifully controlled light and shadow that characterize Mapplethorpe’s most mature photographs of the human body. During his lifetime, Mapplethorpe participated in documenta 6 in 1977, and the Whitney Museum held his first major American museum retrospective in 1988, a year before his death. In 2013, exhibitions of his work were held simultaneously at LACMA and the Getty Museum.