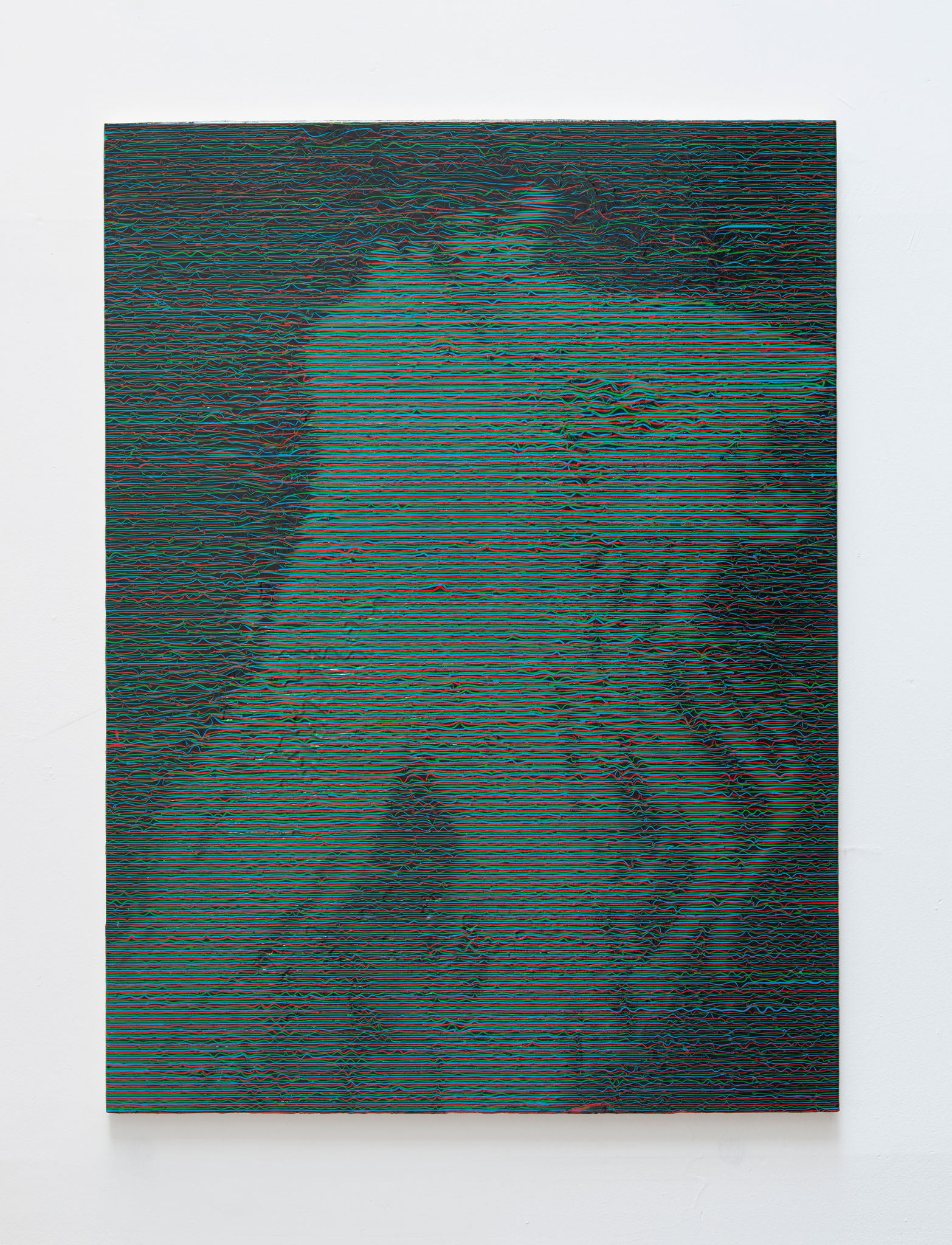 Skillful, strange, and captivating, Luke Harnden’s paintings force the viewer to slow down and investigate. For a number of years, Harnden has meticulously applied horizontal lines in his paintings to great optical and psychological effect. His photo-inspired works, seen here in Suit, have been likened to screens caught in moments of static with images hovering in an ambiguous state. The psychological effect is a viewer simultaneously negotiating the act of viewing and an awareness of the devices we rely on to feed us images. Harnden lives and works in Los Angeles. He received a MFA from the California Institute of the Arts and a BA from the University of Texas at Dallas, and he has exhibited at the Box Co., Site 131, and Barry Whistler Gallery in Dallas.