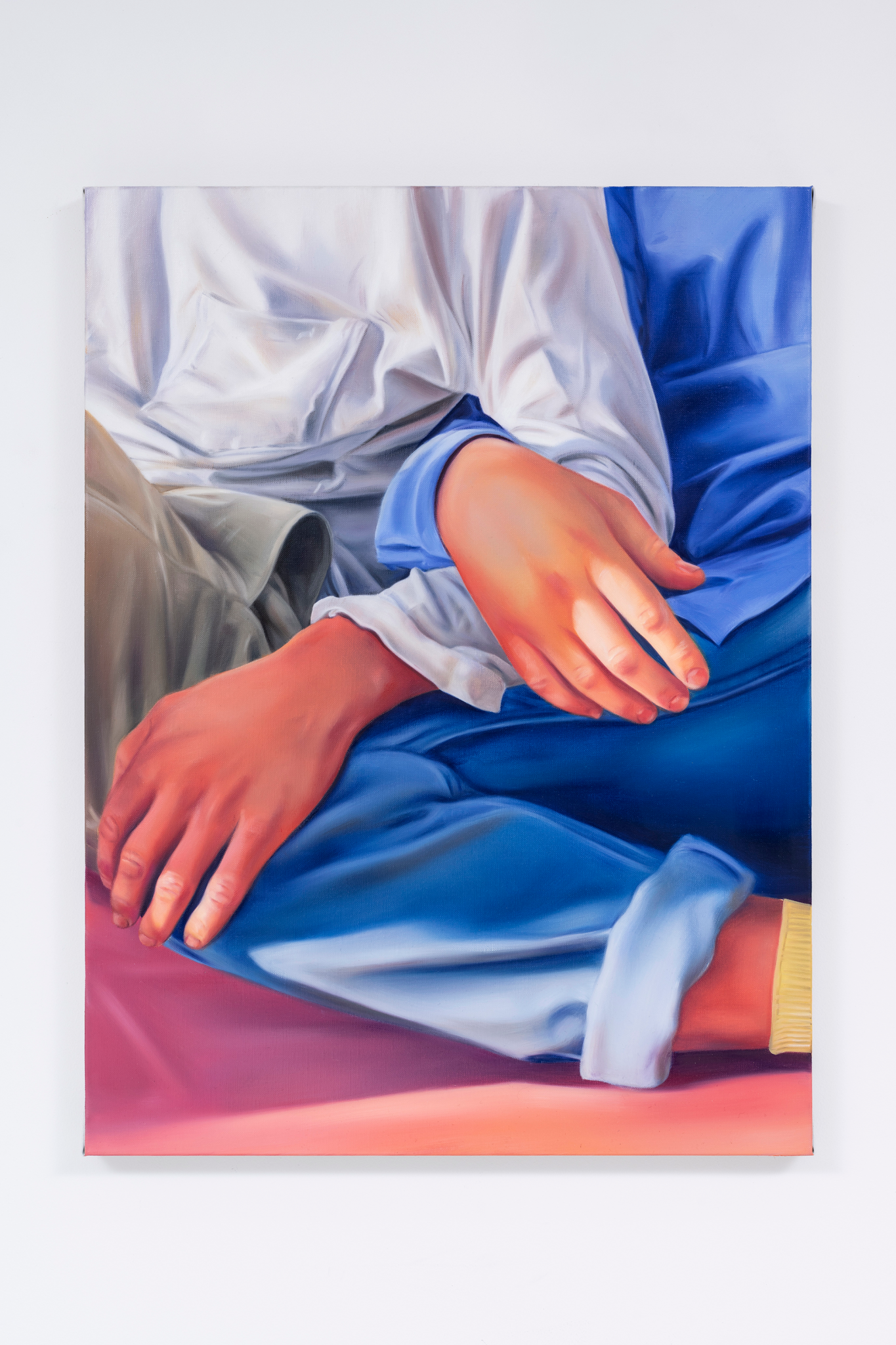 I’m interested in the gap between what the relationship is and what it appears to be. – Christopher Hartmann

London-based Christopher Hartmann’s paintings often feature male bodies curled inwards, creating intimate worlds with their own form while suggesting each character is lost within his own emotions or desires. The title for this work, Two Hands, Touching, places emphasis on the subjects’ limbs, entangled with one another as each hand rests sensually on the other. Inspired by fashion spreads and digital images on social media, Hartmann paints his scenes with bright colors and a dream-like haziness that conjures an artificial, perfected world. “The figures seem often static, almost paralyzed as a result of dealing with the abundance of (contradictory) emotions,” says Hartmann. “I focus on complex relationships shaped by emotional attachment and detachment, in which a seemingly tender touch speaks of distance and rejection.” Hartmann received his MFA in Fine Art at Goldsmiths University, London and has been included in group exhibitions in London, Berlin, and Tel Aviv.