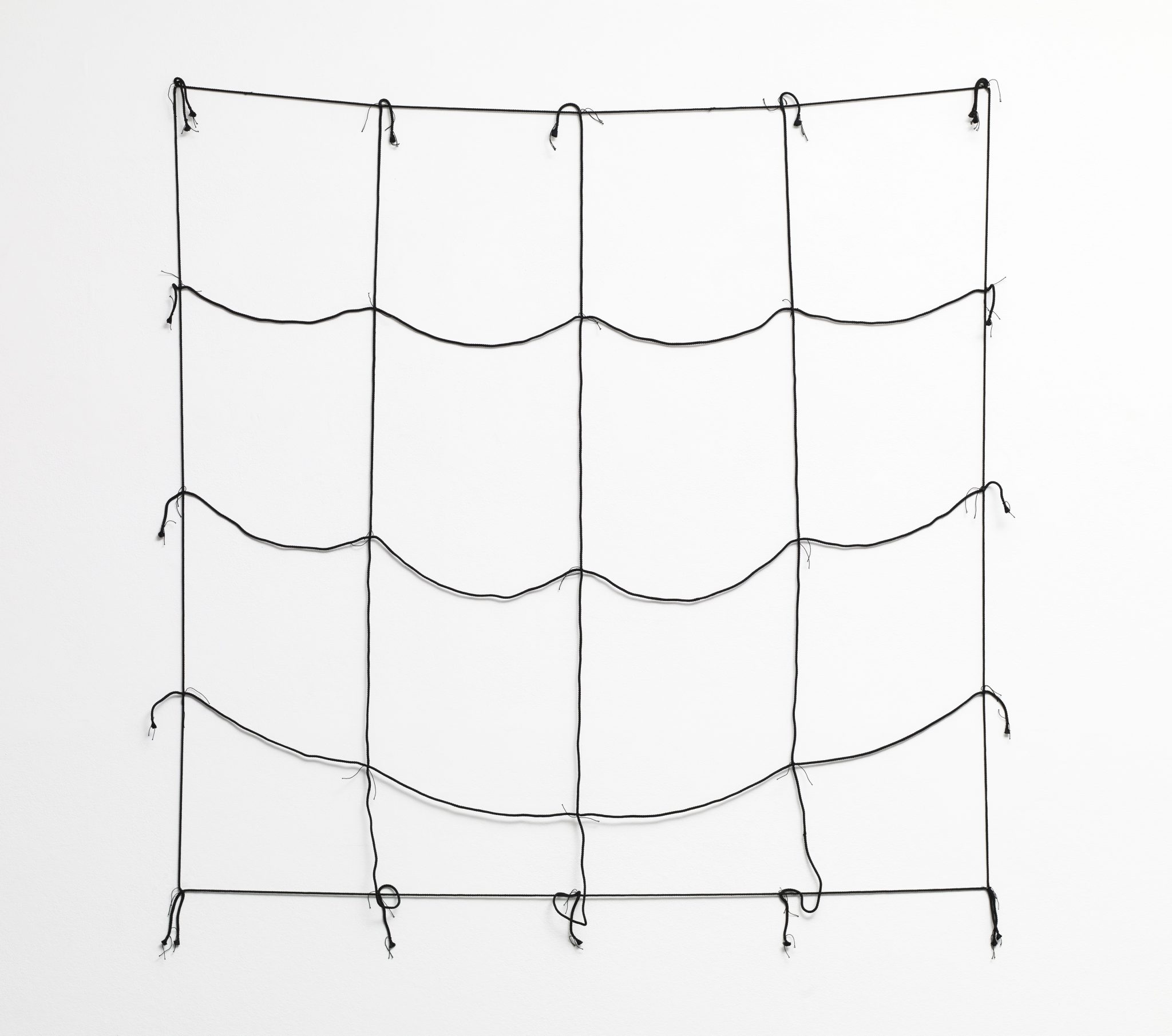 As an artist, teacher, and theorist, Jiro Takamatsu investigated the philosophical and material foundations of art in a variety of media, engaging with Minimalism through his background in Anti-Art and Neo-Dada. Takamatsu was a key member of the collective Hi Red Center (1963-1964) and of the movement Mono-ha (1967-1979), and influential in developing conceptual art, performance art, and post-minimalism within Japan. As an influential theorist and teacher, Takamatsu used his artworks to illustrate complex theories about space and time. As his research into mathematics continued, Takamatsu began making sketches, sculptures, and installations that questioned the structural integrity of an object or room’s surface. In his Slack series, the modernist grid becomes equated with science illustrations of time-space. Takamatsu made the Slack works by constructing a grid of rope or sheet of fabric from segments that begin as square and slowly stretch proportions towards the interior of the work, creating excess material in the net or cloth’s center that distorts our reality and the Cartesian grid. Takamatsu (1936–1998) represented Japan at the 1968 Venice Biennale and was included in Documenta 6 in Kassel, West Germany. He has had numerous retrospectives including at the National Museum of Modern Art, Osaka; the Fuchu Art Museum, Tokyo; and the Henry Moore Foundation.

We would be grateful for the winning bidder’s consideration to loan this work to the Jiro Takamatsu exhibition at the Dallas Museum of Art, 2023.