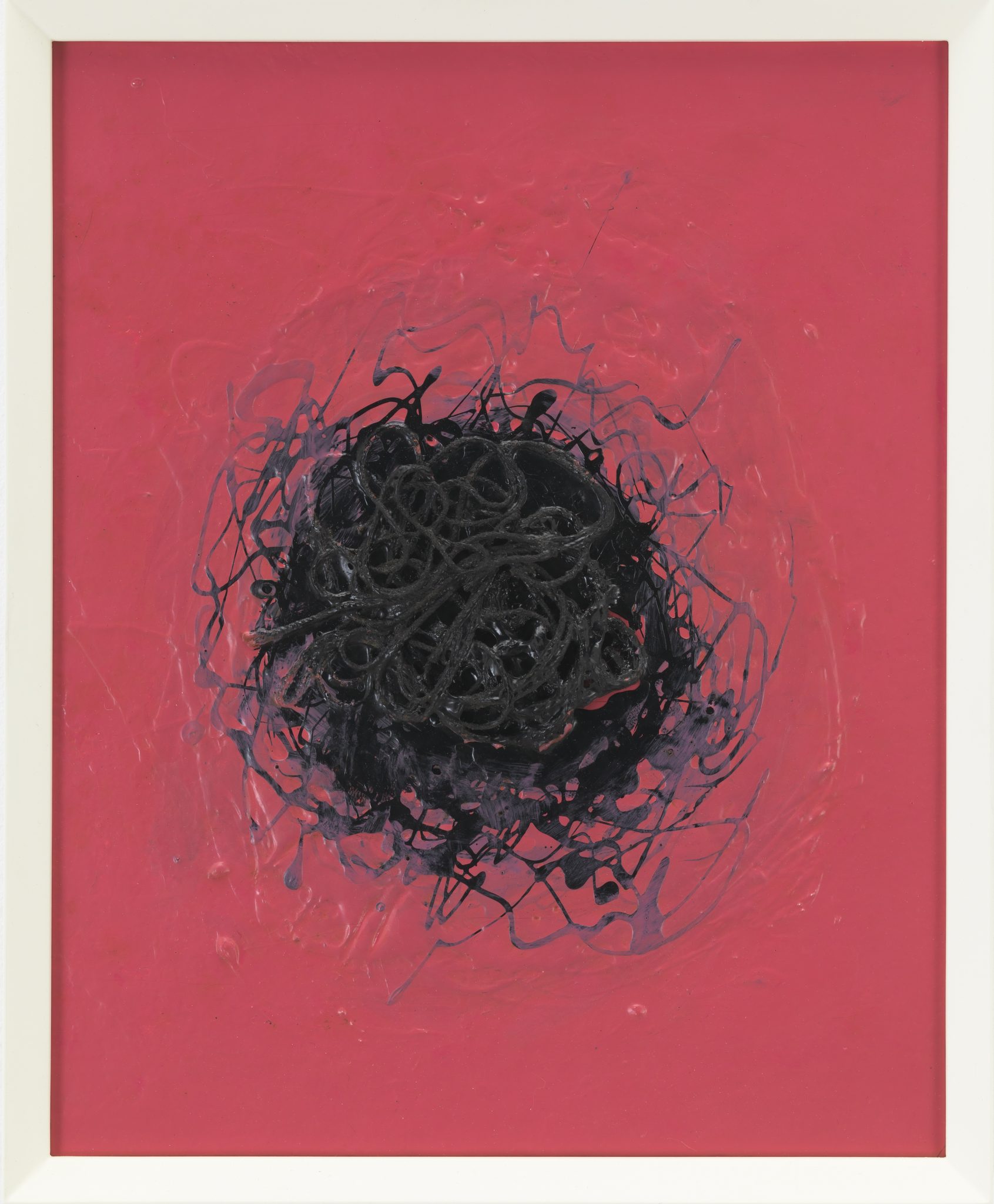 In considering (seeing) ‘string,’ any issues other than its length is secondary. String is an immaterial, abstract, and conceptual object that is length. – Jiro Takamatsu

A leading figure in postwar avant-garde Japanese art, Jiro Takamatsu worked across media – organizing happenings and experimental art installations while also producing paintings, photography, and sculpture over his 60-year career. In his earliest body of work, the Point series, the length of string conjures the infinite for Takamatsu, as well as acting as a real-world stand-in for one- and two-dimensional space. Lee Ufan, art critic and artist of the Mono-ha movement, described the Point series as, “a process of becoming aware of the impossibility of representation.” In Point 15, the illusionistic point and line within a painting is exorcised from the canvas, pulled from within its imaginary depths and left tangled on the surface to destroy the integrity of painted object. The vivid pink paint pushes against the lacquered black mass of string, coming together to produce one of Takamatsu’s most energetic abstract pieces. Works like this straddle the line between painting and sculpture, and act as a bridge to his inquiries into perspective and shadow that would begin later in the decade. Takamatsu (1936–1998) represented Japan at the 1968 Venice Biennale and was included in Documenta 6 in Kassel, West Germany. He has had numerous retrospectives, including at the National Museum of Modern Art, Osaka; the Fuchu Art Museum, Tokyo; and the Henry Moore Foundation.

We would be grateful for the winning bidder’s consideration to loan this work to the Jiro Takamatsu exhibition at the Dallas Museum of Art, 2023.