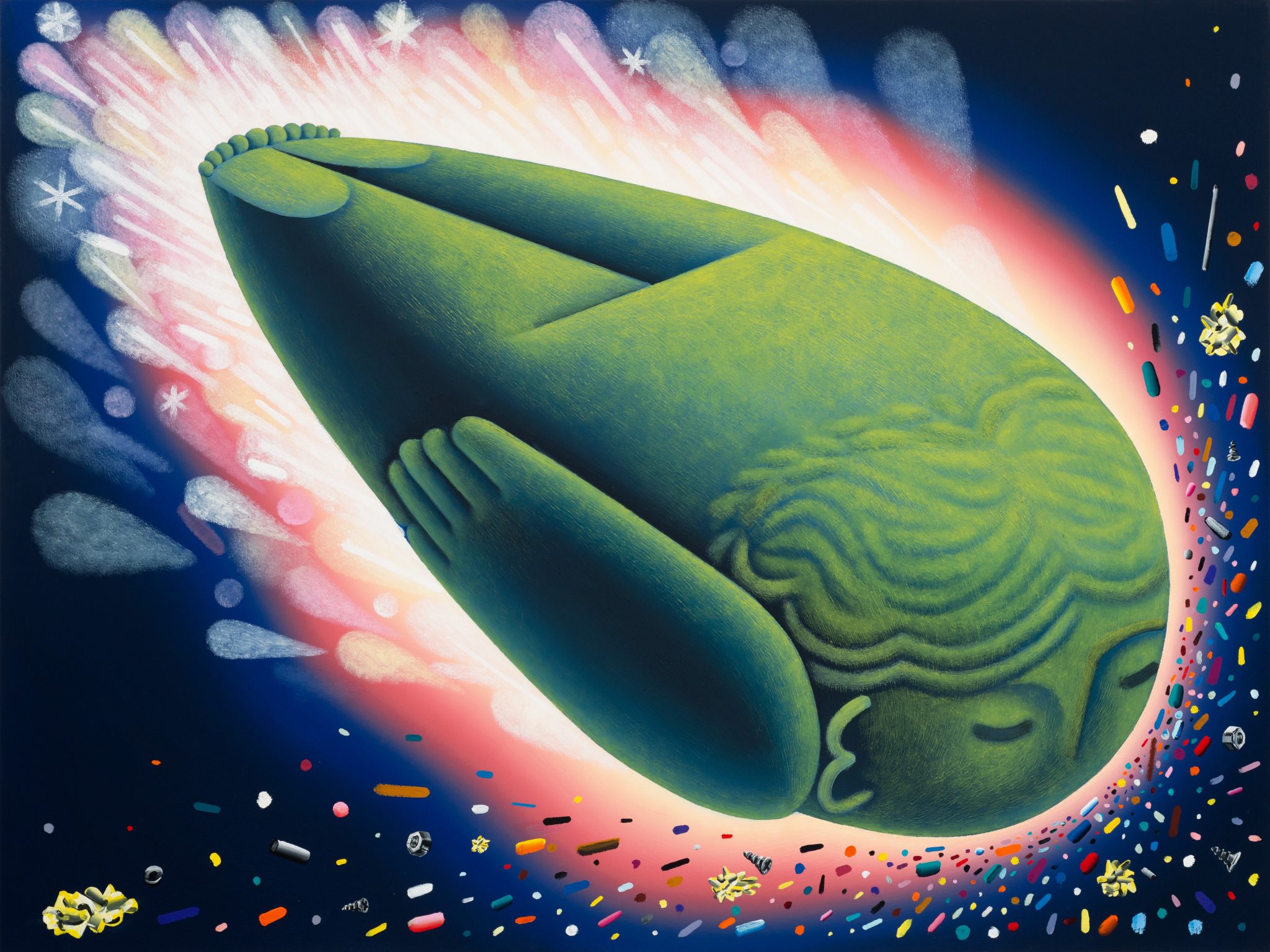 New York-based Eleanor Swordy experiments with form and composition in her playful paintings. Her round-limbed characters recall early abstraction, and morph to interact within their vibrant settings and unusual details. “Toward the end of a painting I like to solidify the subject by embedding suggestive clues around the image to reinforce tension between the enigmatic situation and the desire to have it be explainable,” she says. In Meteor Man, she sculpts the cartoonish person into a simplified torpedo of arms, legs, and torso, their shape illustrating the forces of speed and space. Her color choice and hatch-marked shading suggest an intergalactic object plummeting to Earth, while the small details of screws, bolts, and confetti that meet the Meteor Man raise questions as to the actual situation being depicted. Born in Paris, Eleanor Swordy received her BFA from The Cooper Union, and her work has been the subject of solo exhibitions and group presentations in Copenhagen, New York, and Los Angeles.