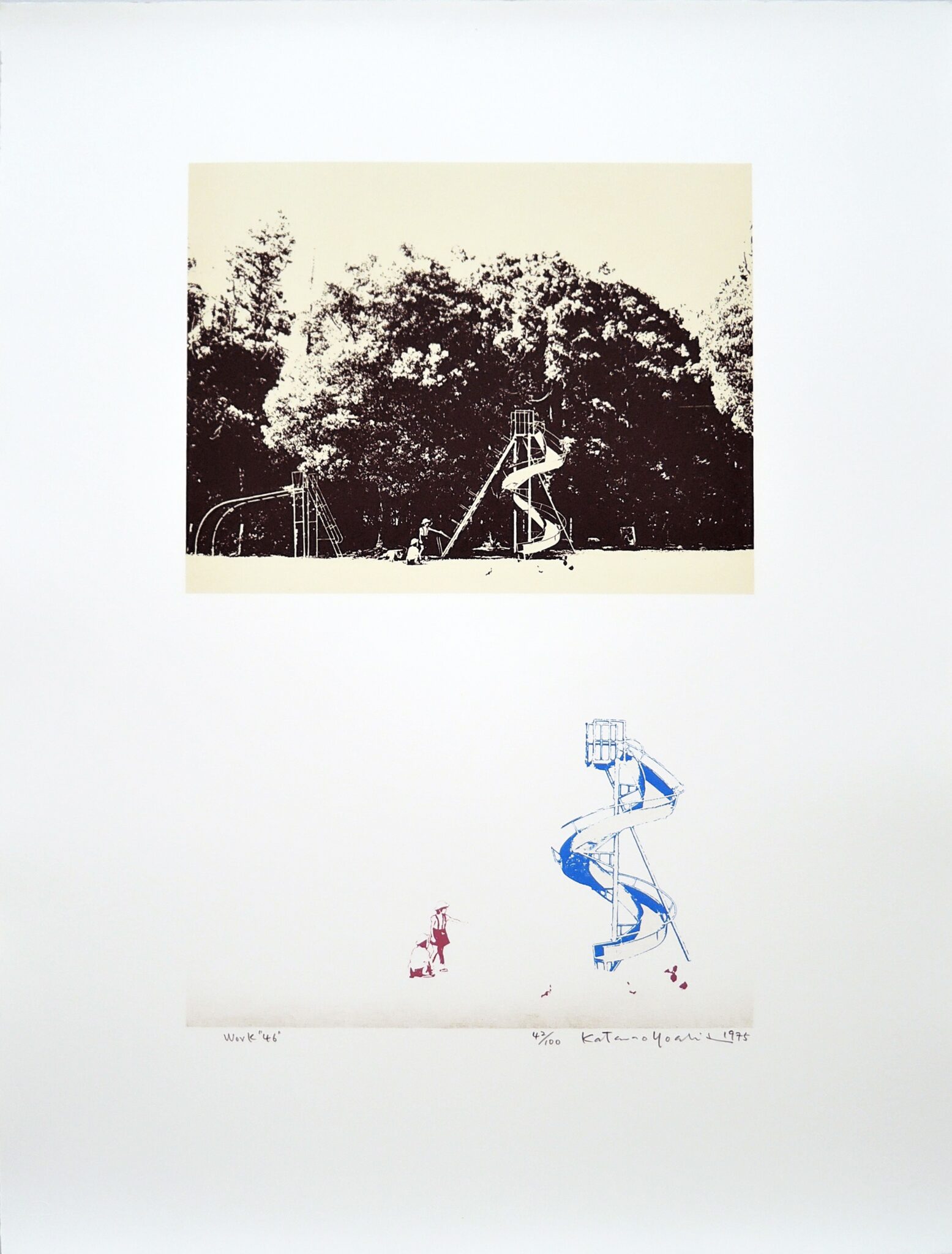 As an early leader in the Mono-ha (“School of Things”) group active in Japan in the late 1960s and early 1970s, Katsuro Yoshida helped redefine the trajectory of Japanese art. Like many of his colleagues, Yoshida’s sculptures consisted of careful arrangements of natural and industrial materials, juxtaposed to highlight an active relationship and a dynamic understanding of space. In 1969, Yoshida began making silkscreens using snapshots as his source, seen here in Work “46” that uses a photo of two children and a spiraling slide two times – on top with its surrounding landscape in place, and below with the two children and slide extracted to highlight the relationship between the two bodies and the curving line in space. In 1970, Yoshida was awarded grand prize at the 1st Seoul International Print Biennale. He was included in many important exhibitions of the late 60s/early 70s, including The 8th Contemporary Art Exhibition of Japan, Tokyo Metropolitan Art Museum (1968); Trends in Contemporary Art, The National Museum of Modern Art, Kyoto (1969); and August 1970: Aspects of New Japanese Art, The National Museum of Modern Art, Tokyo (1970.) In 2012 his work was included in the important exhibition Requiem for the Sun: The Art of Mono-ha.