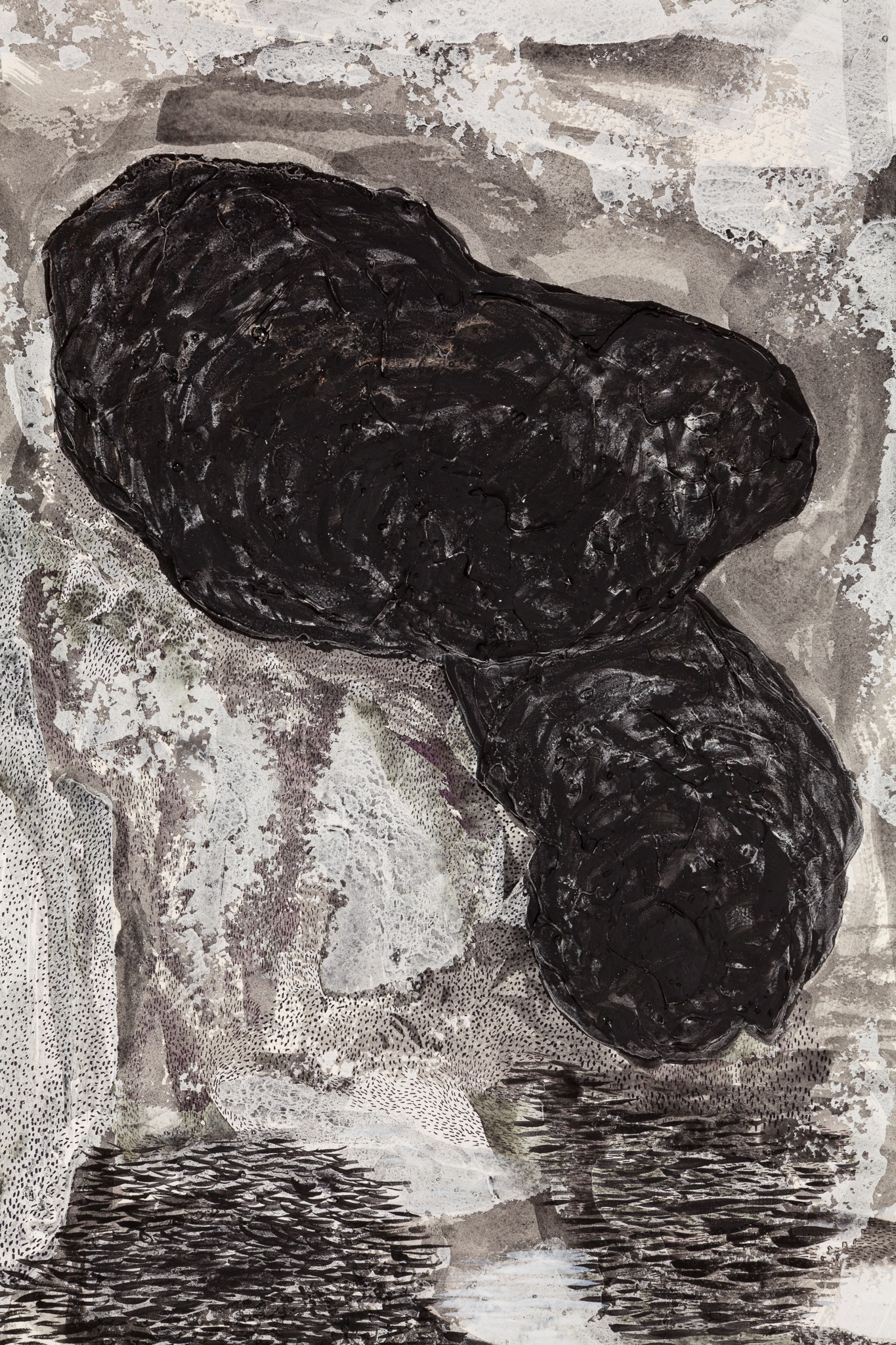 As an Asian, I feel like a stranger in Europe and America. I have become a full member of today’s society caught up in chaos and confusion, but also in a noisy and excessive consumerism. In this materialistic world, I am a being who is afloat, barely balanced and living on borrowed time, like a broken vessel afloat in a very distant past. – Peter Kim

“Peter Kim’s works throw viewers back on their own resources. We are, in effect, offered a primal encounter with the image (…) Here are images, undeniably accomplished, made for purposes and at the behest of motives that are not immediately self-evident. Their graphically compelling effects, though irresistible, may be entirely different from those the image-maker intended. Kim’s forms are presented flush with the picture plane, close and immediate, like words on a billboard, without modelling or chiaroscuro or perspectival depth. In this regard, they recall widely diverse cultural antecedents: the bracingly expressive drawings of naive artists and children; the spiritual markers of “primitive” cultures; the graphic panache of commercial cartoonists; and the cumulative refinements of Eastern ink-and-brush masters, with their knowing collapse of visual space. Thus we here confront, whether we are initially aware of it or not, the distinction between impact and understanding, mystification and meaning. (Richard Vine, “Psychic Exposure: The Art of Peter Kim,” Lyon Artbooks, 2016).