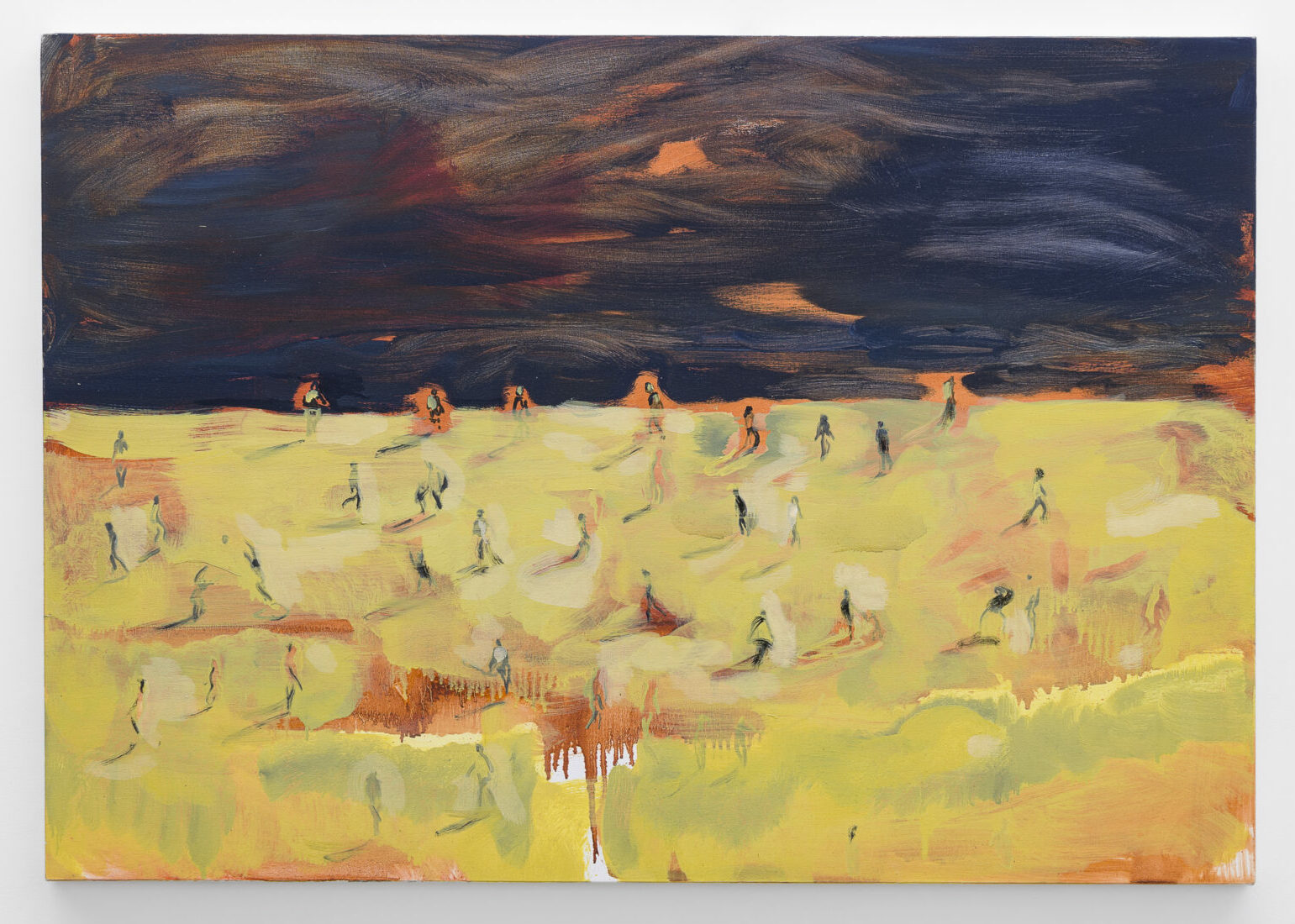 Maria Klabin’s work engages with scenes, occurrences, and landscapes that permeate everyday life and thus, have been seen and experienced exhaustively. In dealing with omnipresent elements, Klabin extracts the cadence of their recurrence, seeking to capture the formal rhythm embedded in the repetition, or banality, of their existence. The artist’s process lays in constantly producing and assembling drawings, photographs, and annotations, which she draws from her immediate entourage. The accumulation of thoughts and images entwine and come to make sense as a whole, unveiling intriguing relations that form the backbone of the artist’s pictorial endeavor. In her own words, Klabin develops her work ‘as if writing a story, or a diary, but a diary of things that don’t really happen. It’s a narrative that could only be told through painting, but that touches themes that seem closer to writers than to painters.’