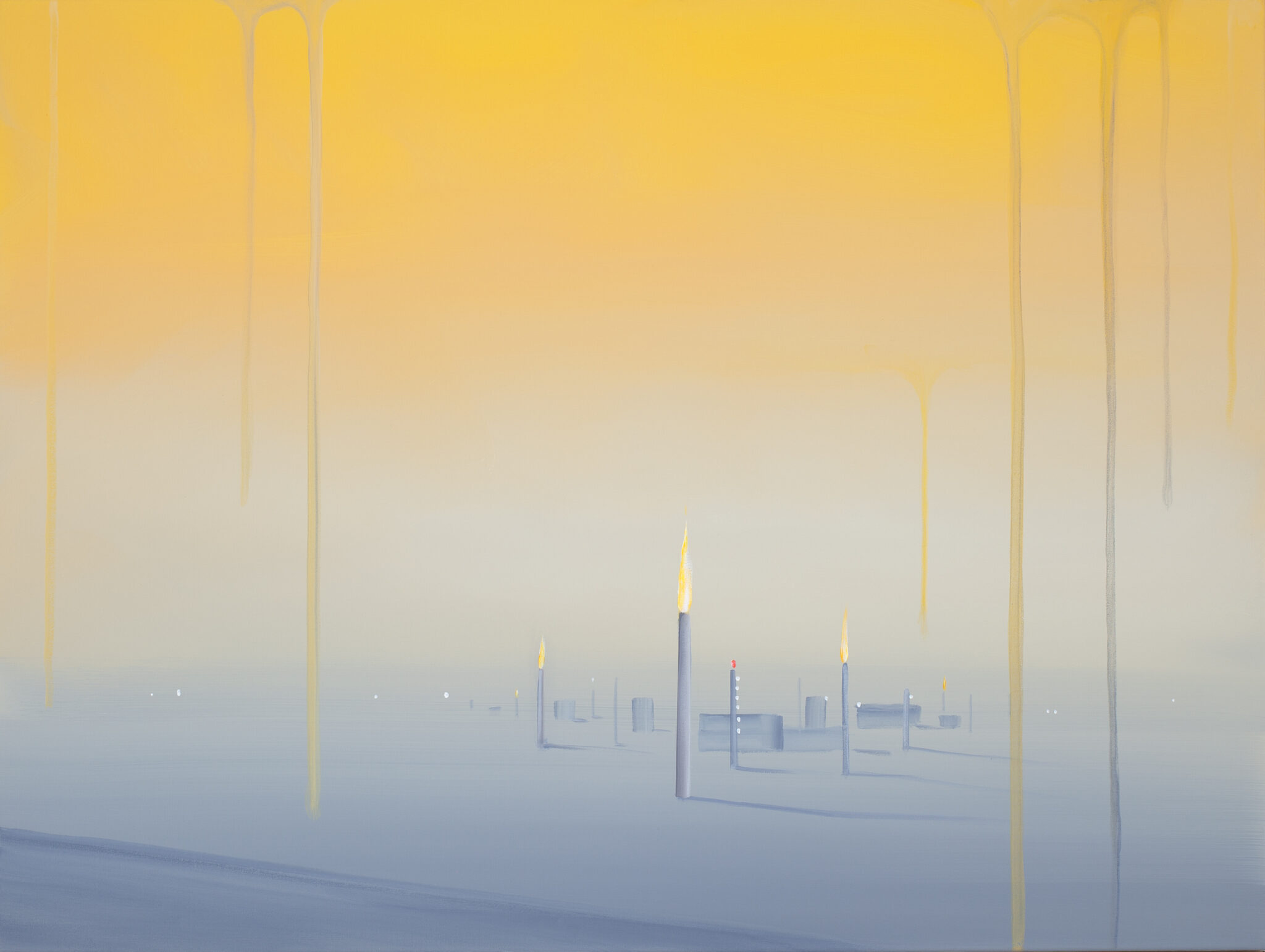 Wanda Koop is a master at painting the landscape as an experience of changing light. In Road to Marfa (Golden Sky), Koop’s skill as a colorist can be seen in the sky depicted as gradations of color that slowly fade into a seemingly impossible range of hues. Vertical oil refinery towers contrast against the characteristically flat, empty landscape of west Texas, and drips of paint echo the towers, creating a rhythmic pattern of lines in the vastness of the composition. Koop’s painting career spans four decades, and her work has been exhibited internationally. A major survey of her work was mounted by the National Gallery of Canada in 2011. Koop has been the recipient of numerous awards, honorary doctorates, and Canadian medals of honor, including the nation’s highest civilian honor, the Order of Canada, in 2006. Concentrations 62: Wanda Koop, Dreamline was on view at the DMA in 2019-2020.