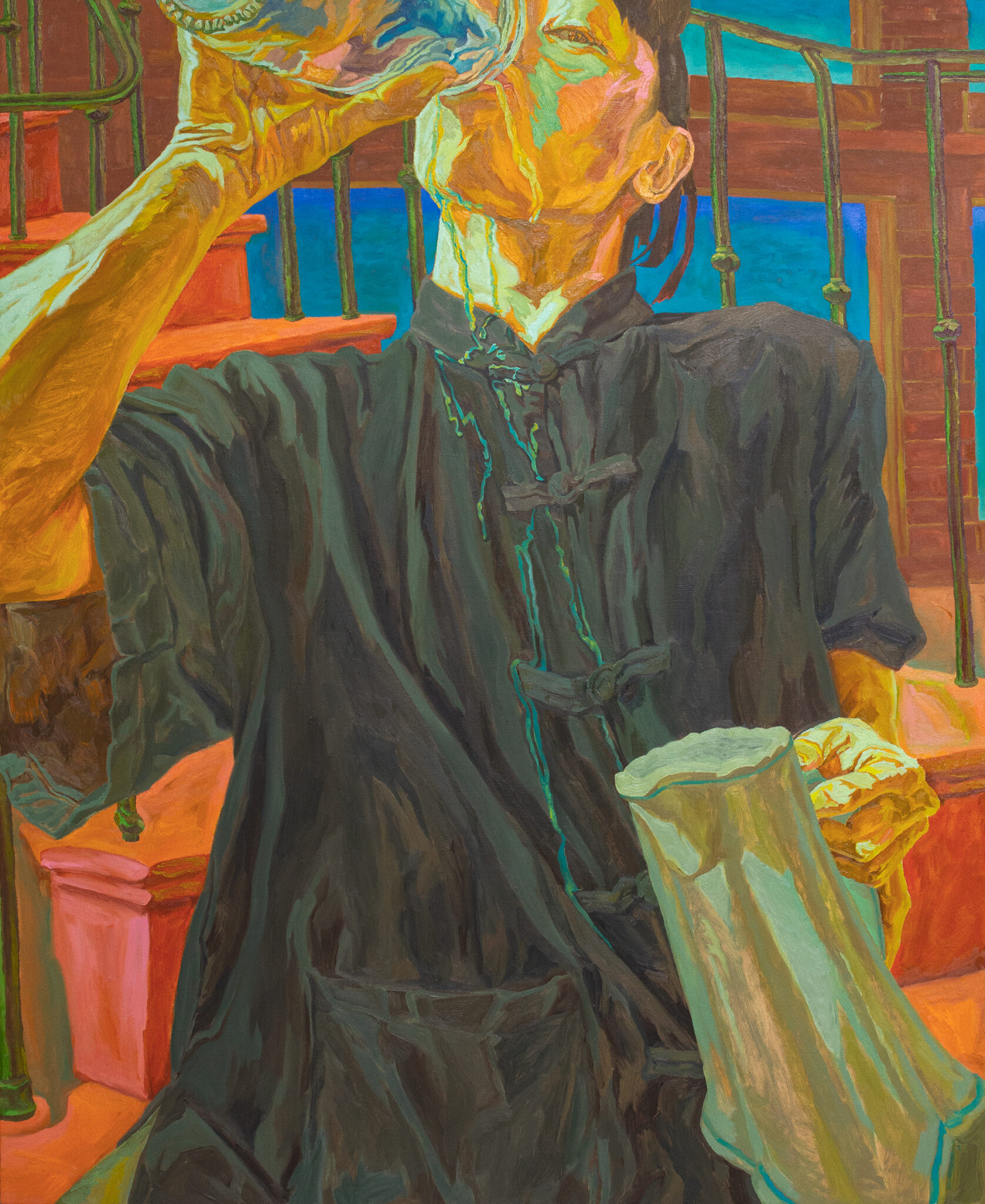 Livien Yin’s luminous paintings capture Chinese immigrants in fictionalized, intimate scenes, often focusing on moments that suggest a snapshot between friends and family. Yin’s Paper Suns series is named after the Chinese immigrants called “paper sons and daughters” who entered the United States during the Chinese Exclusion Act (1882-1943) using forged documents. Yin references archival photographs from that time, but imagines the lives of these immigrants who were denied individuality and made to seem “other” through stereotypical representations. “I thought if photographs could influence perceptions of Chinese people to be unassimilable, then I could use image-making to embrace perceptions that I would like to see,” said Yin. Her, paintings, like Thirsty seen here, exist in an in-between space, both modern and historical, where she seeks to “obscure the sense of time between the early years of Chinese immigration and the present.” Yin lives and works in Milwaukee, WI, and received her MFA from Stanford University. Her work has been included and solo and group exhibitions in the United States, Canada, and Hong Kong.