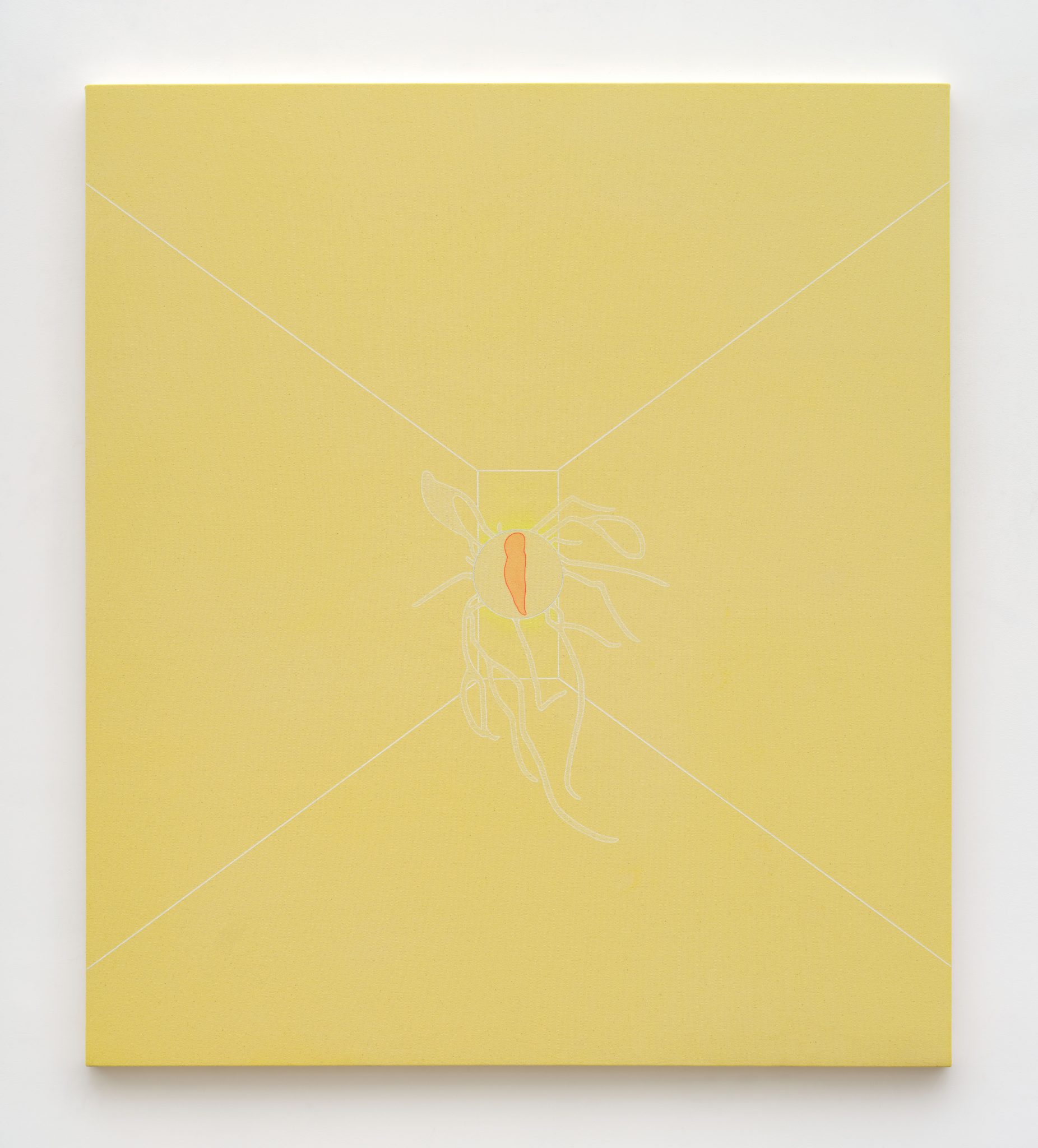 In Hanna Hur’s architectural and otherworldly paintings, the viewer is presented with a growing narrative suggested by ancient geometry, magical forces, and dizzying spaces. A pink amoeba-like form appears frequently in her Muse works, sometimes mirrored on itself, emerging from gridded spaces, or even floating between two hooded figures as if being worshipped. Here, Hur places the shape at the center of the canvas, inside an inhuman tentacled orb that floats within a long narrow room. The central rectangle softly glows as if welcoming the being. Born in Toronto, Hur received her MFA from UCLA and lives and works in Los Angeles.