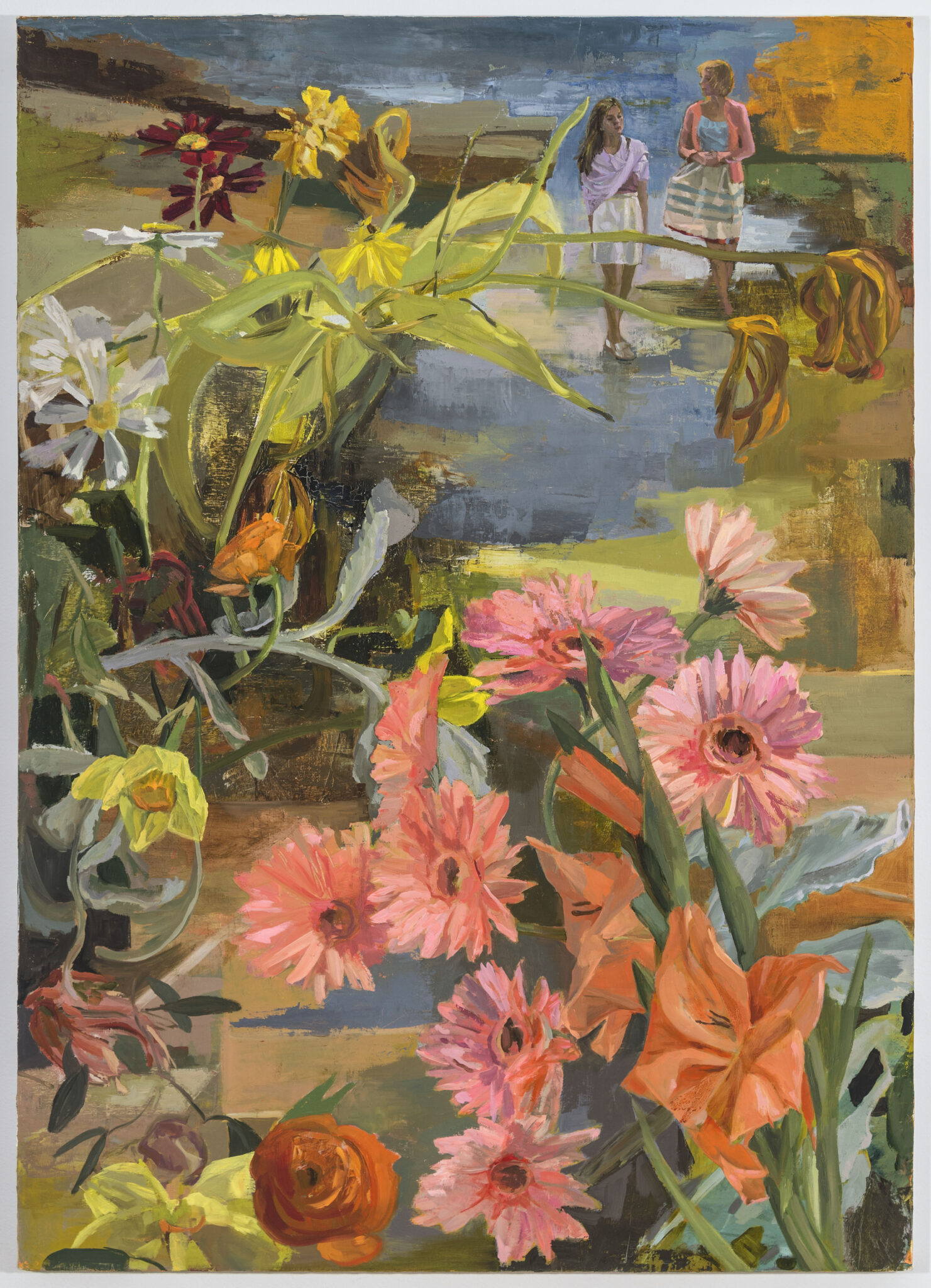 For Russian born Brooklyn-based painter Vera Iliatova, the floral and figurative are interspersed in dreamscapes. Iliatova depicts flowers, female figures, and objects where they at first appear to inhabit the same space, yet there are curious issues of scale, making them out of sync with one another. These personal and psychologically charged images often depict women at various stages in life, at awkward moments of impending melodrama. The viewer, like Iliatova’s protagonists, is stranded in a brocade of dissociative segments, whether they be a bouquet, a memory or brushwork, which weave the seeming ambiguities together into a poetic tapestry. Vera Iliatova was born in St. Petersburg, Russia and immigrated to the United States when she was 16. She received a BA from Brandeis University and an MFA in Painting/Printmaking from Yale University, with further study at the Skowhegan School of Art. Iliatova exhibits in New York and has shows in Italy, Germany, and Denmark.