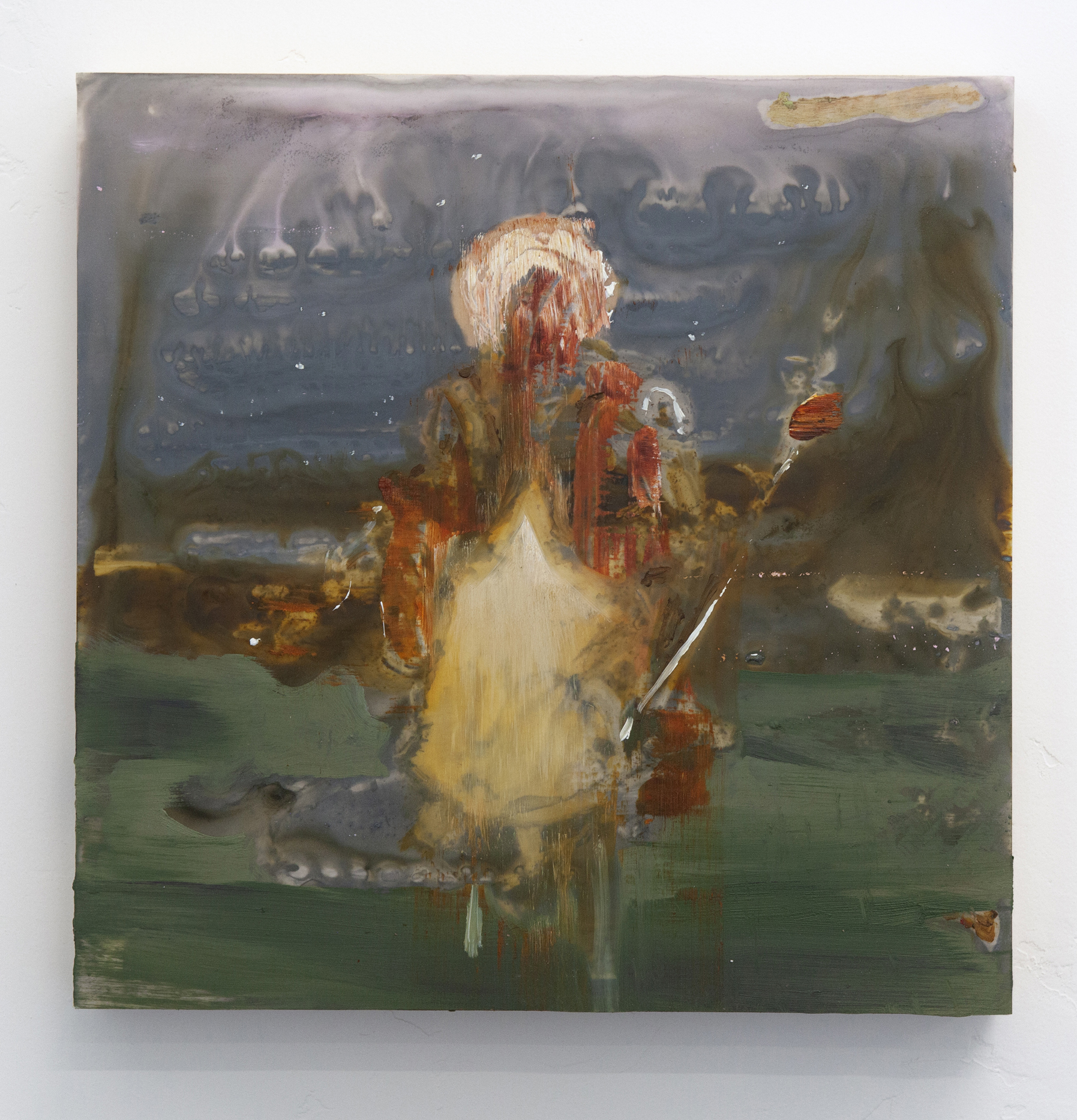 Joshua Hagler’s paintings often possess a vague familiarity, as if recalled from memory or unearthed from the past. His inspiration, like his paint application, is varied and loose, taken from the whole of visual cultural. Mosaic is reminiscent of historical paintings of a religious figure in a mystical landscape, though Hagler has rendered the whole scene in a sort of enigmatic blur. Solo exhibitions of Hagler’s work have been held at the Brand Library and Art Center, Los Angeles, and the Roswell Museum and Art Center, New Mexico. Hagler has taken part in residencies in France, Italy, and Norway, and reviews and features about his work, as well as his own poems and essays, have appeared in a variety of publications, including GQ Magazine and Italian Vogue. His paintings, sculpture, video, and animation have been included in show at venues in North and South America, Europe, and Australia.