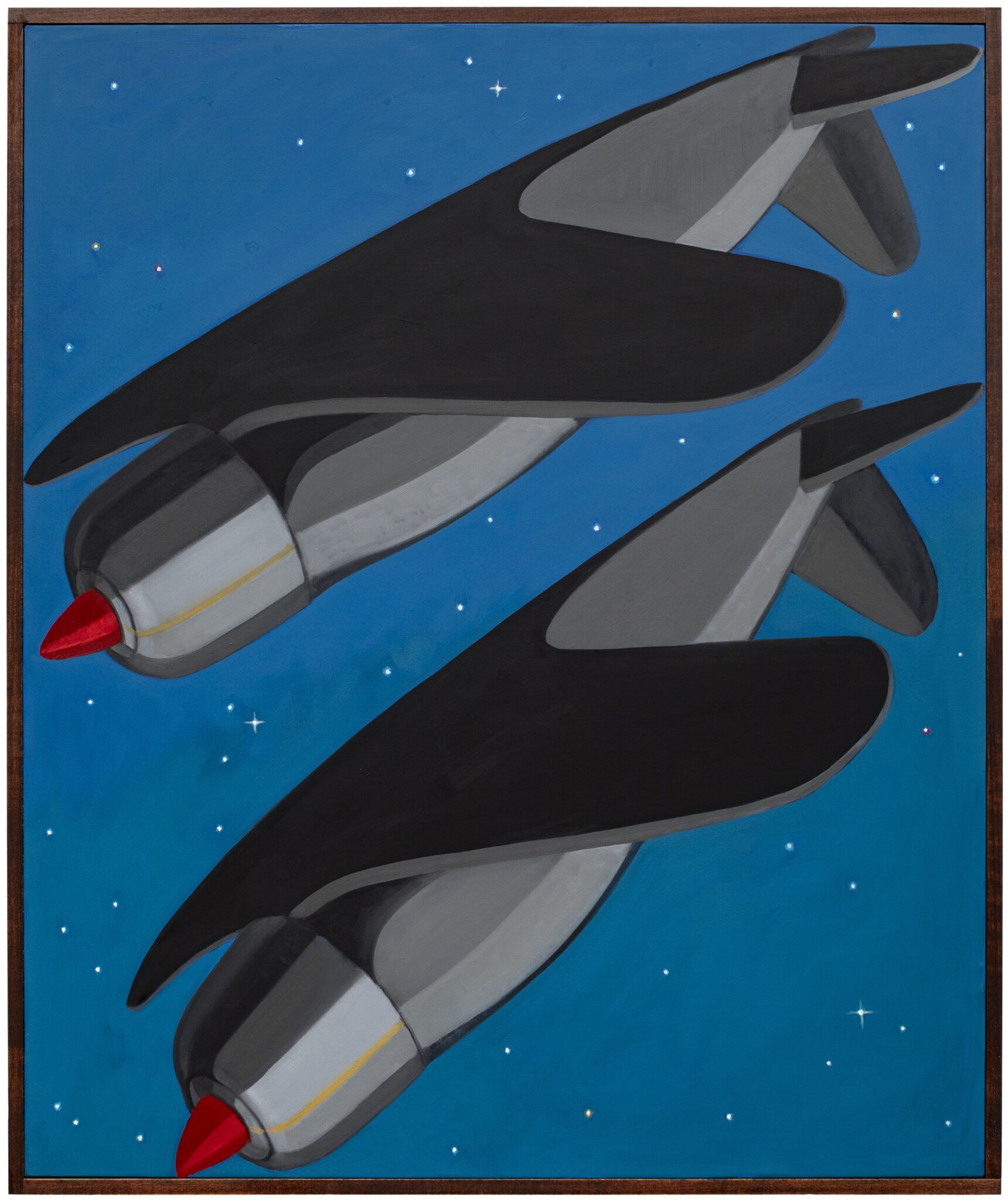 The densely painted, hard-edged technique used by New York artist Emily Furr plays to the dueling elements within her work, soft and divine against man-made and rigid. Drawing from Pop Art, Precisionism, and Surrealism, Furr presents sensuously painted machines, inflecting richness and character while maintaining a signature perfectionism in each brushstroke. Here, two planes dive towards the bottom of the frame. Their reduced geometry recalls American advertising of the 20th century yet there is an unmistakable playfulness in Furr’s emphasis on the curved plane wings and red nose of each plane. The positioning of the aircrafts imbues the pair with a kinship, even though the title, Kamikaze Swansong, suggests their imminent demise. A graduate of Hunter College, Furr opened her first museum solo exhibition at the SCAD Museum and has exhibited nationally.