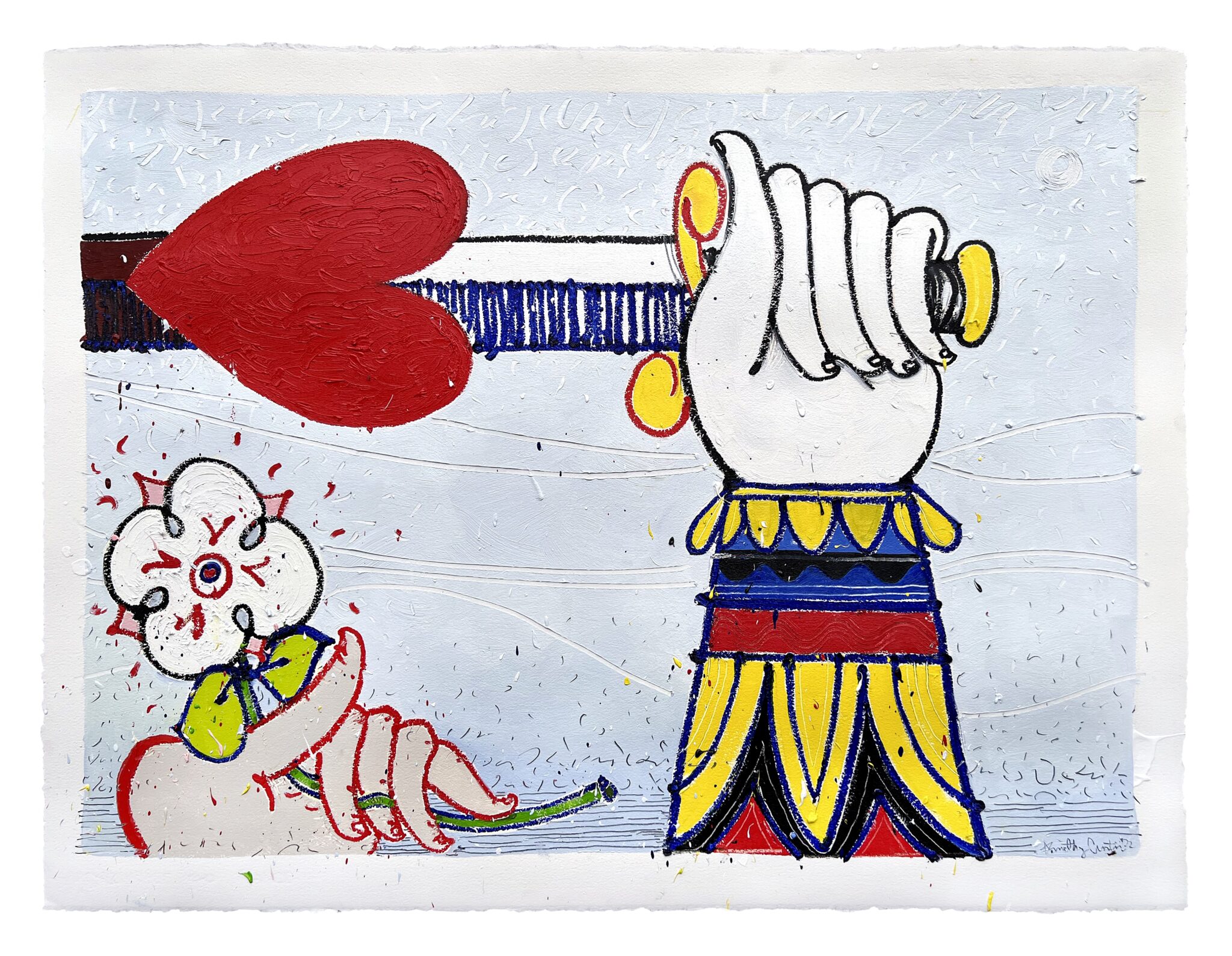 A self-trained painter from Philadelphia, Timothy Curtis creates mixed media works with playful, chaotic lines inspired by sources like comic illustrations and Rorschach tests. In Flower or the Sword, raised hands create a dramatic scene from a familiar source material: playing cards. Lusciously painted, the intensity of Curtis’ line work is seen on the patterned sleeve and the thick marks on the heart. The sword (held by the King) and flower (held by the Queen) are presented in the same space, uniting the two characters where they are usually confined to their separate cards. The themes of confinement and freedom are a common thread in Curtis’ work, where systems of power and cages reappear frequently in reference to his years of incarceration. Curtis’ work has been exhibited in the US, Europe, and Japan, since he began his studio practice in 2015.