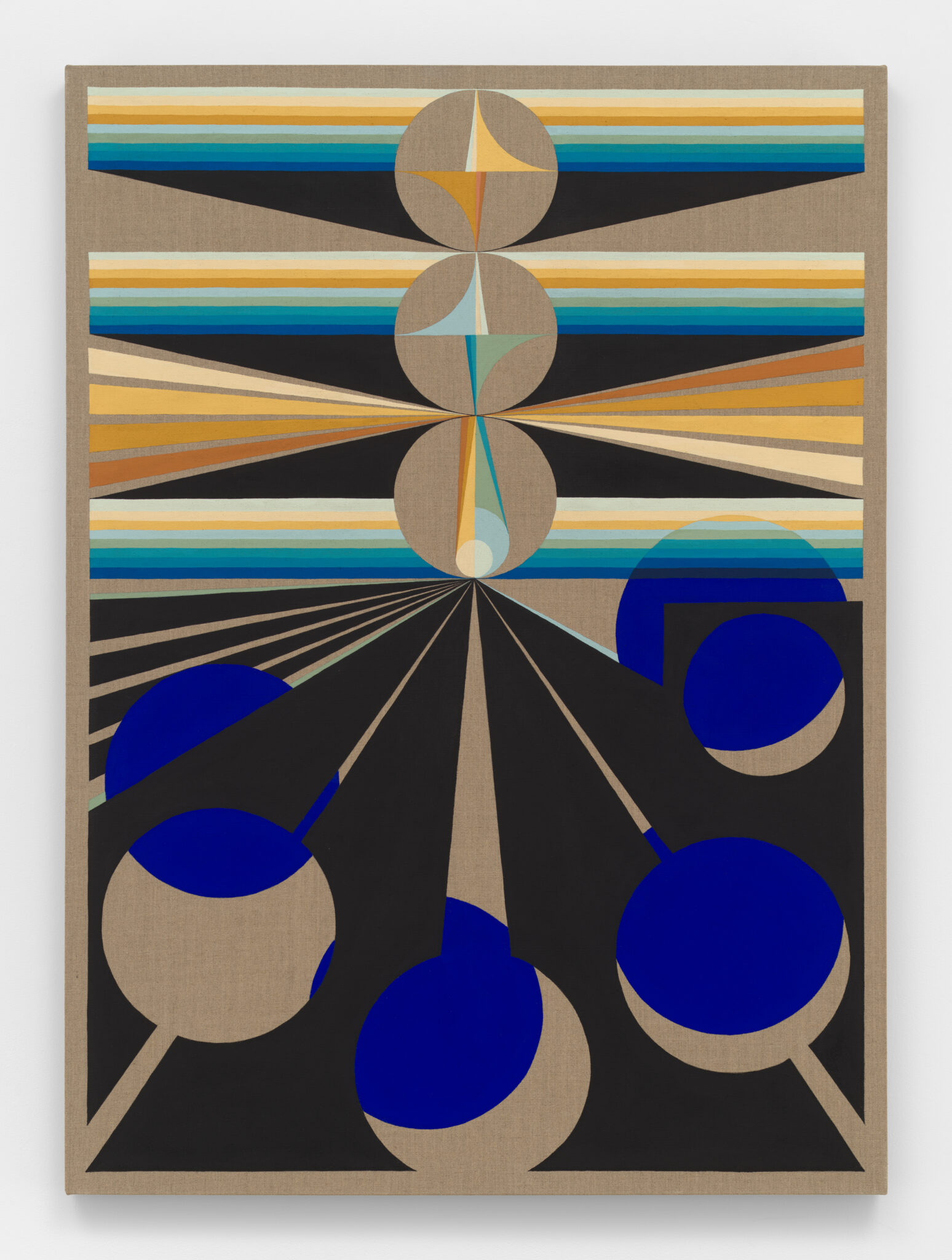 In his abstract geometric paintings, Eamon Ore-Giron combines motifs and symbols drawn from sources that span geographies and time: the stylized geometry of Incan jewelry, Brazilian Neo-Concretism, Italian Futurism, and the spatial arrangements of Russian Suprematism. Inserting pictorial and rhythmic structures from the Global South into an expanded history of transnational abstraction, Ore-Giron’s works embody what curator Marcela Guerrero refers to as “the sound and color of mestizo synesthesia.” His richly colored compositions draw on vocabularies of architecture, textiles, maps, hieroglyphics, and astral charts to arrive at a visual language that is uniquely his own. Bringing the past into dialogue with the contemporary, his practice seeks to destabilize linear, European art-historical inheritances by suggesting a shared heritage of forms and ideas. Born in Arizona to a Peruvian father and a mother of Irish descent, Eamon Ore-Giron grew up in Tucson, where indigenous, Latino, Mexican, and white American cultures intersect. He later spent formative time in Mexico City as well as Huancayo and Lima, Peru, before relocating to Los Angeles, where he is currently based. Ore-Giron received a BFA from the San Francisco Art Institute in 1996 and an MFA from the University of California, Los Angeles in 2006. Ore-Giron was recently selected to realize major public commissions by the New York Metropolitan Transportation Authority and LA METRO for subway stations in Brooklyn and Los Angeles, respectively. His work is in the permanent collections of Art in Embassies, U.S. Department of State; Hammer Museum, Los Angeles; Kadist, San Francisco; Los Angeles County Museum of Art; Museum of Fine Arts, Boston; Pennsylvania Academy of the Fine Arts, Philadelphia; Pérez Art Museum Miami; the San Francisco Museum of Modern Art; and the Whitney Museum of American Art, New York.