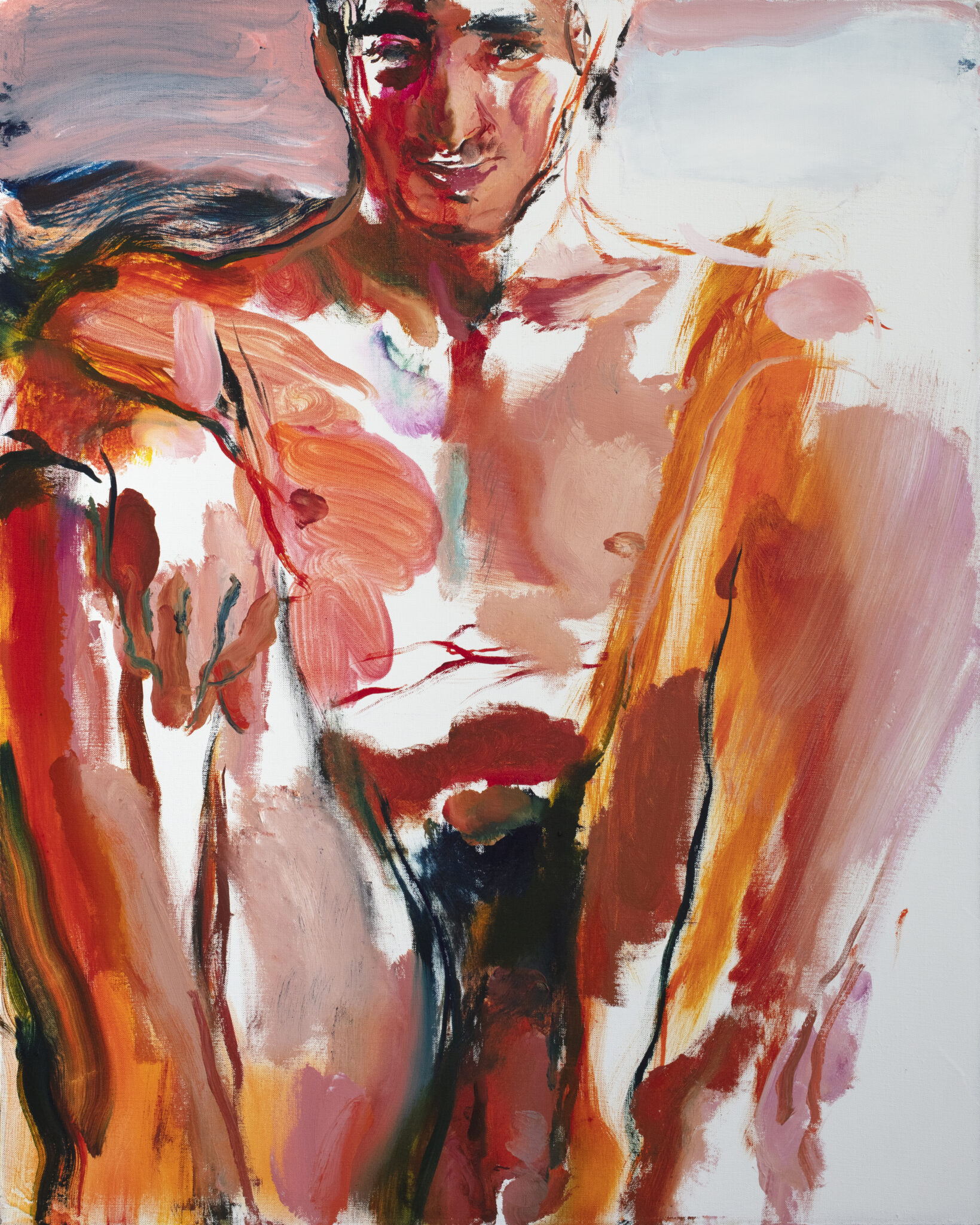 I think that because I work with people that are so close to me or that the relationship that I have with someone is what prompts the painting, I want the viewer to feel that sense of intimacy and closeness. I feel like for me that’s also part of the way that I use the material, it’s very gestural, it’s very physical it’s very tactile, and it’s brings the viewer closer to have an experience of the painting in terms of the process how it was made and the physicality of it.

For the Israeli-born, New York-based painter, his identity as a queer artist is also an important component in the act of making the work, seen here in Avi. Seated on the floor nude while gazing out at the viewer, Avi’s pose suggests a private, erotically-charged moment between model and painter. Langberg’s work has been shown at venues in the US and Europe, among them Frick Madison, New York; ICA, Boston; Schwules Museum, Berlin; and American Academy of Arts and Letters, New York