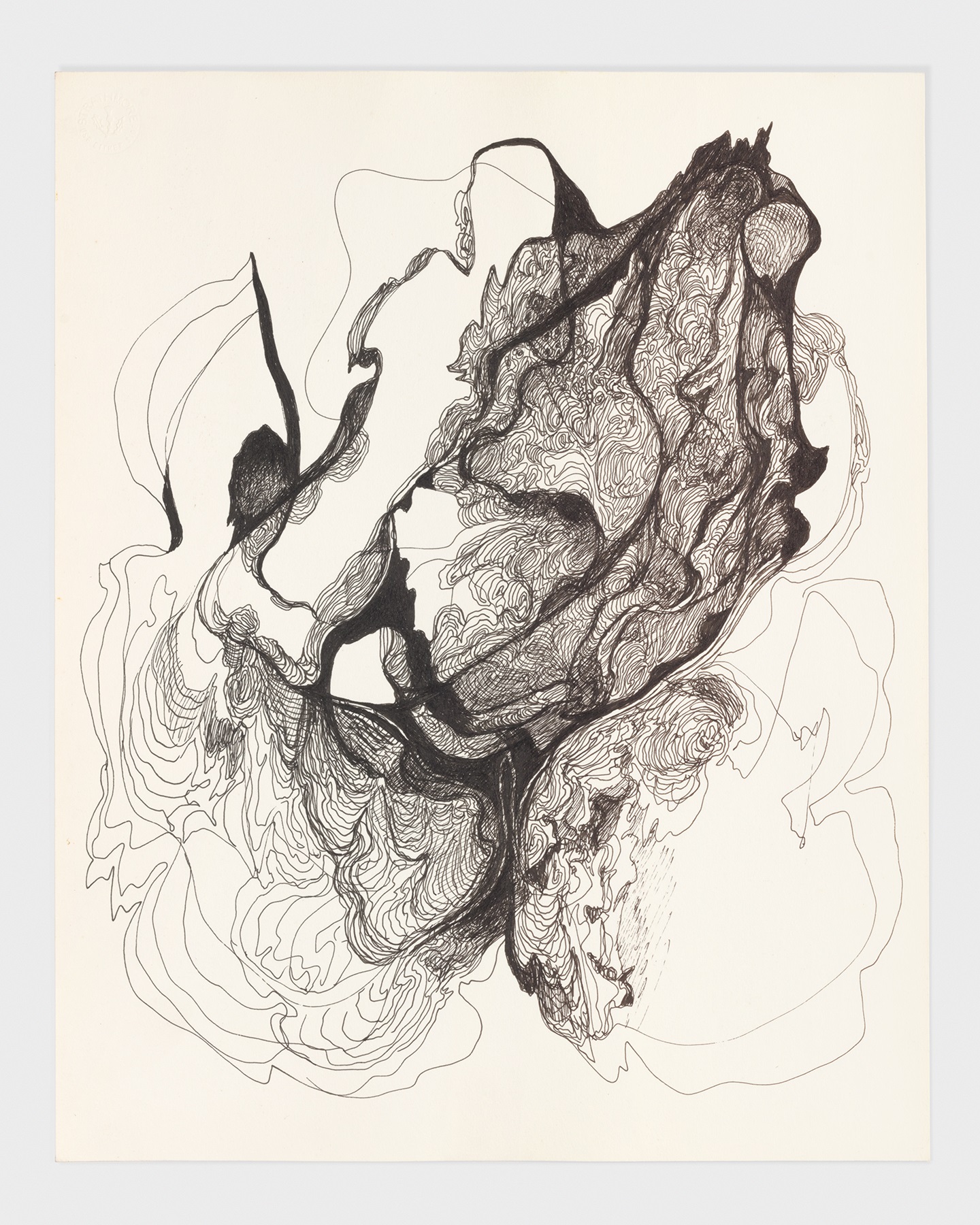 The act of drawing, Hedda Sterne once reflected, could be understood as ritual performed for the purpose of inviting miracles. She would begin and soon find lines growing on paper without preconception, emerging from some deep, pre-verbal source of the mind. “With time,” she would say, “I have learned to lose my identity while drawing and to act simply like a conduit, permitting visions that want to take shape to do so.” Sterne’s art practice began in the context of Surrealism in Europe in the 1930s. Back then, she made chance collages and automatic drawings, which form the origin story of these mature works from the 1960s forward. Yet unlike her Surrealist peers, Sterne’s use of automatism in drawing was not always aimed directly at the subconscious. Rather, this work is metaphysical in scope, probing what she saw as dozens of levels of thinking in between conscious states, both in time and in space. Ethereal and vague organic forms, faces and body parts emerge from the page, but see whatever you choose. Art is a private dialogue, Sterne believed. It exists in the space between the viewer and the object.