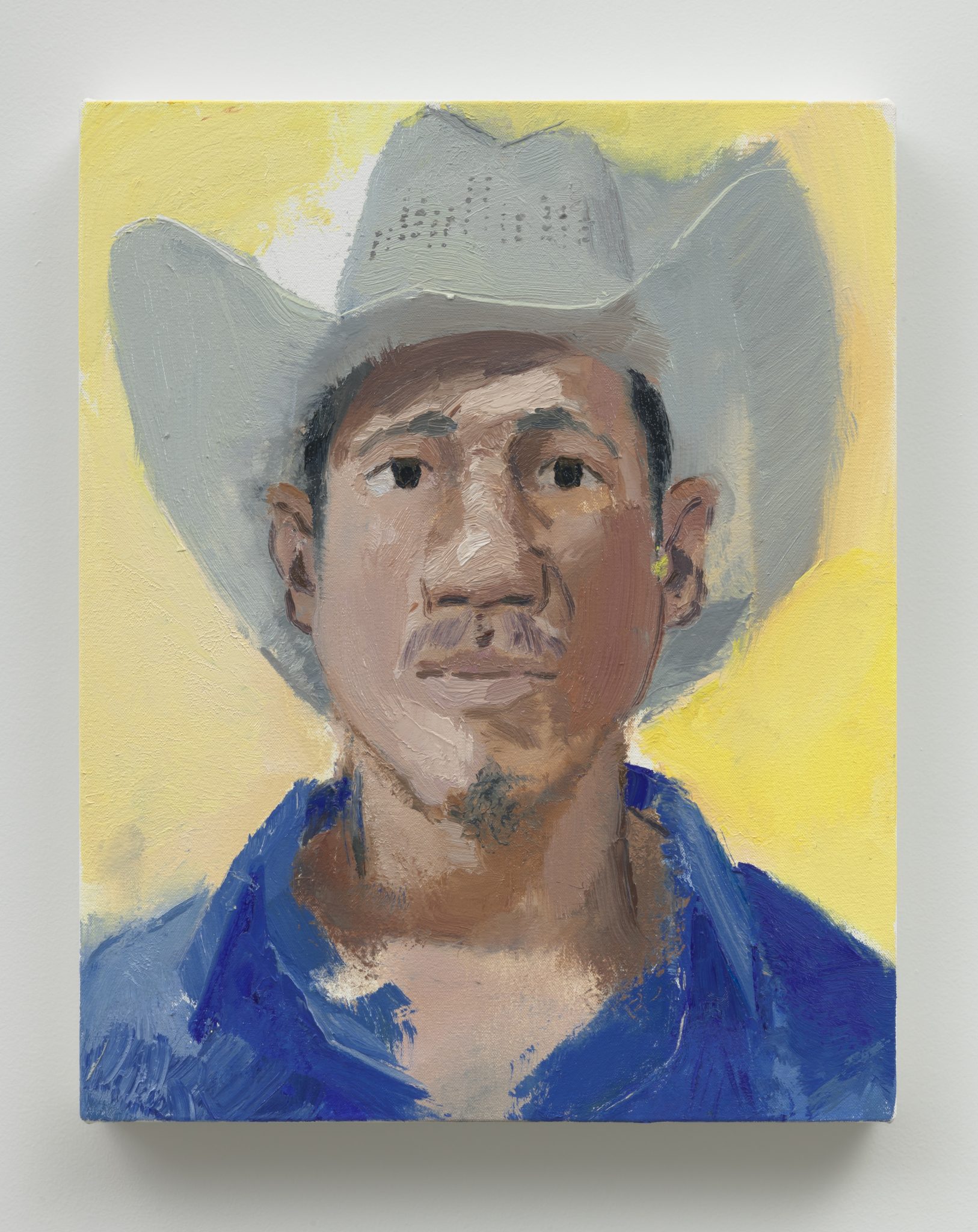 Comprised of full-length figures, bust portraits, and still lifes, John Sonsini’s works center on the theme of cowboys living in Mid City Los Angeles. Emblematic of Sonsini’s 50 yearlong practice, his all-male portraits oscillate between the intimacy of depicting a specific person’s likeness and more generally addressing broad issues of gender mythology. Sonsini’s textured brushwork foregrounds the directness of his specific style of observational realism, deeply influenced by his time working with the legendary photographer Bob Mizer and the Athletic Model Guild studio. Akin to the photograph, Sonsini’s paintings capture the likeness of his subjects with raw immediacy. Sonsini’s practice emphasizes the process of painting specifically from life, purposefully rejecting the aid of painting from captured images. He creates his work in several five-hour-long sessions with his sitters – this durational aspect of his process and the candidness of his sitters create both a physical and psychological charge in the paintings. Staged in his studio, the figures are removed from their day-to-day contexts and set against tonal backdrops devoid of detail allowing the focus to lay solely on the subjects. Sonsini’s visual language and nuanced mannerism combine to mark an important place in the lineage of Southern California portrait painters.