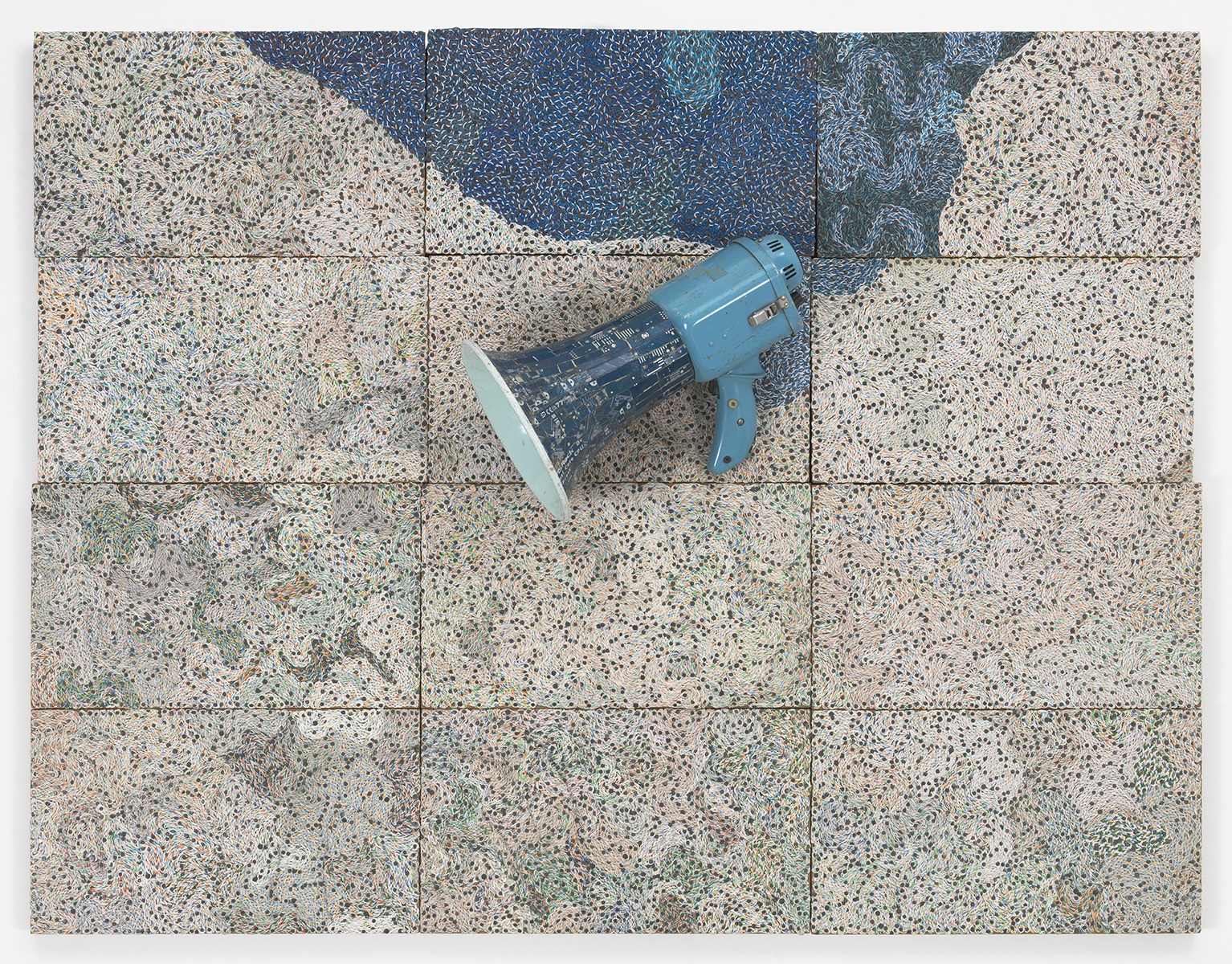 As technology connects people virtually and physically from one end of the world to the other, unfiltered and sensational speeches are spread creating confusion and doubting the truth. Each one of the Tightrope: ECHO!? is about what I am witnessing now. I leave the interpretation of the pieces to the viewers. The basic idea is how humans are easily manipulated by individuals and rush for conclusions that they often regret when the truth begins to surface. – Elias Sime

Ethiopian artist Elias Sime spends years collecting used wires, electronic components, computer chips, and other discarded technological items. Sime and his team carefully braid wire to transform it into waves of color, manipulating the twisted material as if it were paint on a canvas. The interplay between variations in color in the wire and the hammered nails holding it on each panel invites the viewer to slow down and appreciate Sime’s time-intensive technique. His Tightrope: Echo series incorporates the shape of megaphones onto the surface of the panels, as in this piece which features blue circuit boards on the outside of the speaker. The imagined sound of a person’s voice using the megaphone in a crowd paired with the electronic components’ previous life points to Sime’s underlying themes of anxiety and connection in our global, tech-obsessed world. Sime has exhibited extensively, including his first international, touring exhibition in 2019–2021. He received the African Art Award from the Smithsonian National Museum of African Art in 2019. Sime’s work is included in the collections of the Metropolitan Museum of Art, New York; Detroit Institute of Arts; Saint Louis Art Museum; Royal Ontario Museum, Toronto; Norval Foundation, Cape Town; and 21st Century Museum of Contemporary Art, Kanazawa, among others.