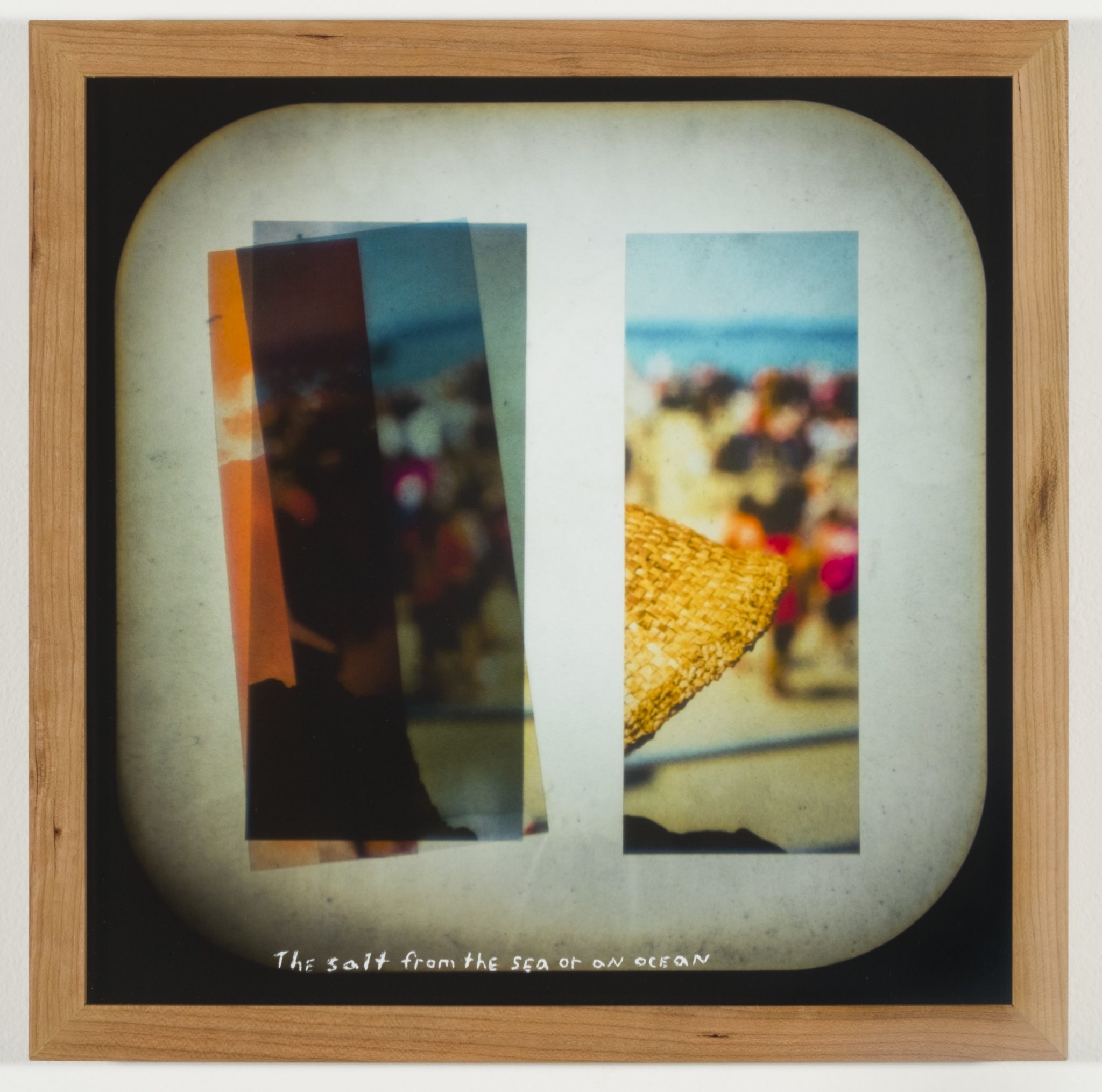 Sky Hopinka is a Native American visual artist and filmmaker who is a member of the Ho-Chunk Nation and a descendant of the Pechanga Band of Luiseño people. The salt from the sea or an ocean is a still from a 16mm film titled Lore. In the film, Hopinka recites a poem while the camera shows him moving photographs over the lit surface of an overhead projector in an ever-shifting collage. Hopinka’s poem, and its attendant images of landscapes and fragmented people, evokes, in the artist’s words “a not too distant past, a not too distant ruin, with traces of nostalgia articulated in terms of lore; knowledge and memory passed down and shared not from wistful loss, but as a pastiche of rumination, reproduction, and creation.” The photograph offers glimpses of the film while furthering the sense of poetic fragmentation in the work. Hopinka’s work was a part of the 2016 Wisconsin Triennial, the 2017 Whitney Biennial, and the 2018 FRONT Triennial. He was a guest curator at the 2019 Whitney Biennial and was a part of Cosmopolis #2 at the Centre Pompidou.