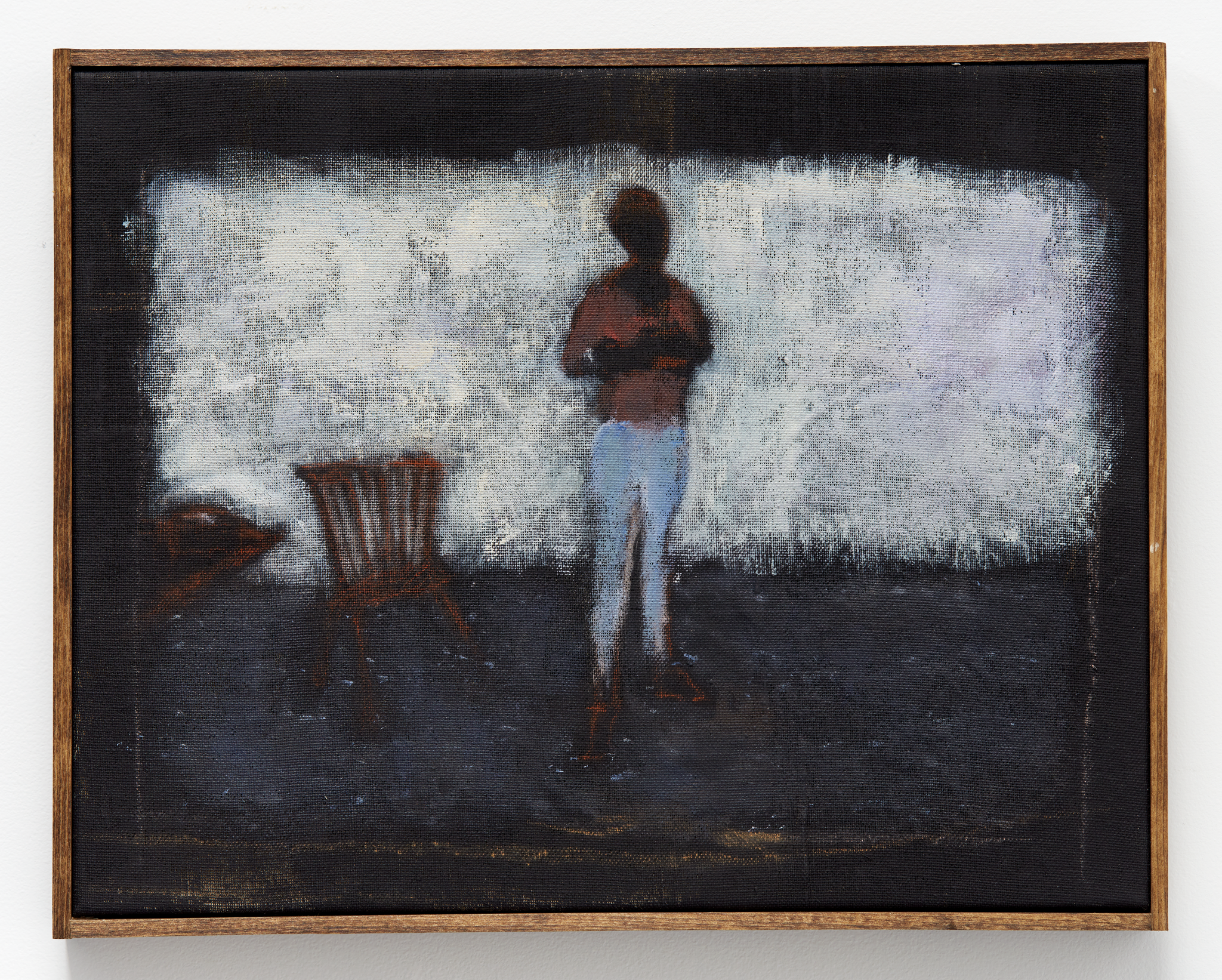 My practice has been inspired by the study of moments and translating the essence of them through color, figuration, abstraction, and various techniques of mark making. I paint frequently in series. I’m interested in intersecting an internal experience and symbolizing that in my work in order to present a view of my personal heritage and journey. – Reggie Burrows Hodges

Working on raw canvas that he has painted black, Reggie Burrows Hodges constructs scenes of the everyday using pastel and acrylic paint, where black figures are often given less focus than their surroundings. “I start with a black ground [as a way] of dealing with blackness’s totality,” says Hodges.  His light touch keeps each scene seemingly out of focus, as if capturing a memory or overheard story, though his attention to the posture of his anonymous figures and surrounding details construct a narrative that invites the viewer into his world. In Playing Dub Records at Lincoln Street, a central figure with his arms crossed stands against a luminous white background, seemingly just removed from his wood chair off to the side. Many of his scenes, like this one, suggest Hodges’ childhood in Compton. Hodges’ paintings are in numerous collections including the Metropolitan Museum of Art, New York; the Whitney Museum, New York; Art Institute of Chicago; and the Dallas Museum of Art.