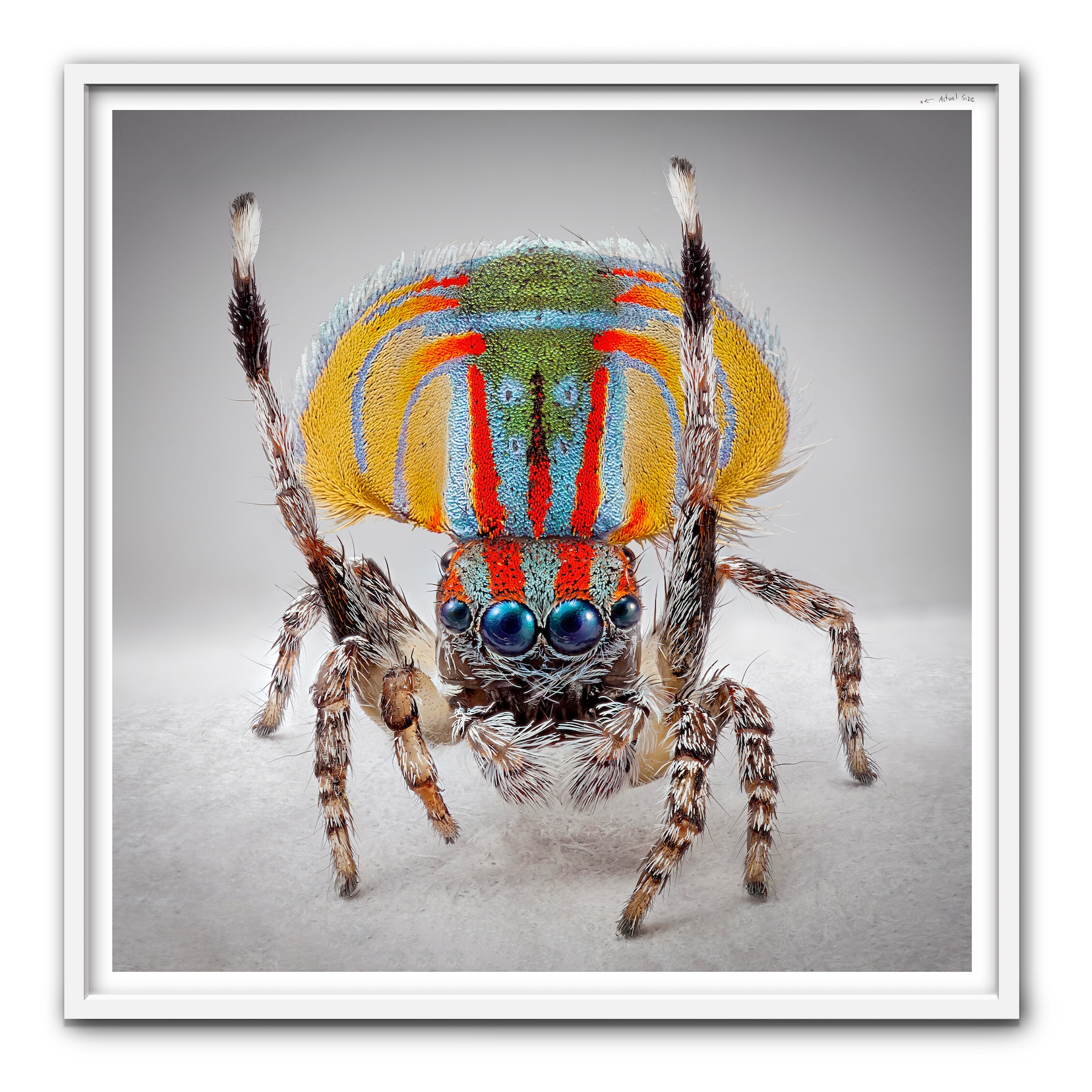 The Maratus spiders of Australia are the most colorful, flamboyant, sexy, and charming spiders on the planet. I think if paradise existed, it would be inhabited by beautiful creatures such as these. Their use of color, gesture, sound, and movement makes them (in my opinion) amongst the most sophisticated visual and performing artists in the world. They are also the smallest performers I know of – on average about 4-6mm in size, smaller than a grain of rice…To make people more aware of their diminutive proportions, I place a life-size image of the spider on the border of the Actual Size print series. These are microscopic deep focus photographs of their abdomens which we can appreciate as abstract paintings that reveal the magnificent detail of their structures and diverse patterns. They ‘paint’ with pigment and structural color (the color produced by the refraction of light). Viewers can also appreciate the different shapes of their scales thanks to the magnification of the image 195,000 times its actual size.

Born is Bogotá, Colombia, and now based in Sydney, Australia, María Fernanda Cardoso has studied nature to produce awe-inspiring works dedicated to science throughout her four-decade career. Her work has been shown internationally, and can be found in collections across the world, including the Tate London.