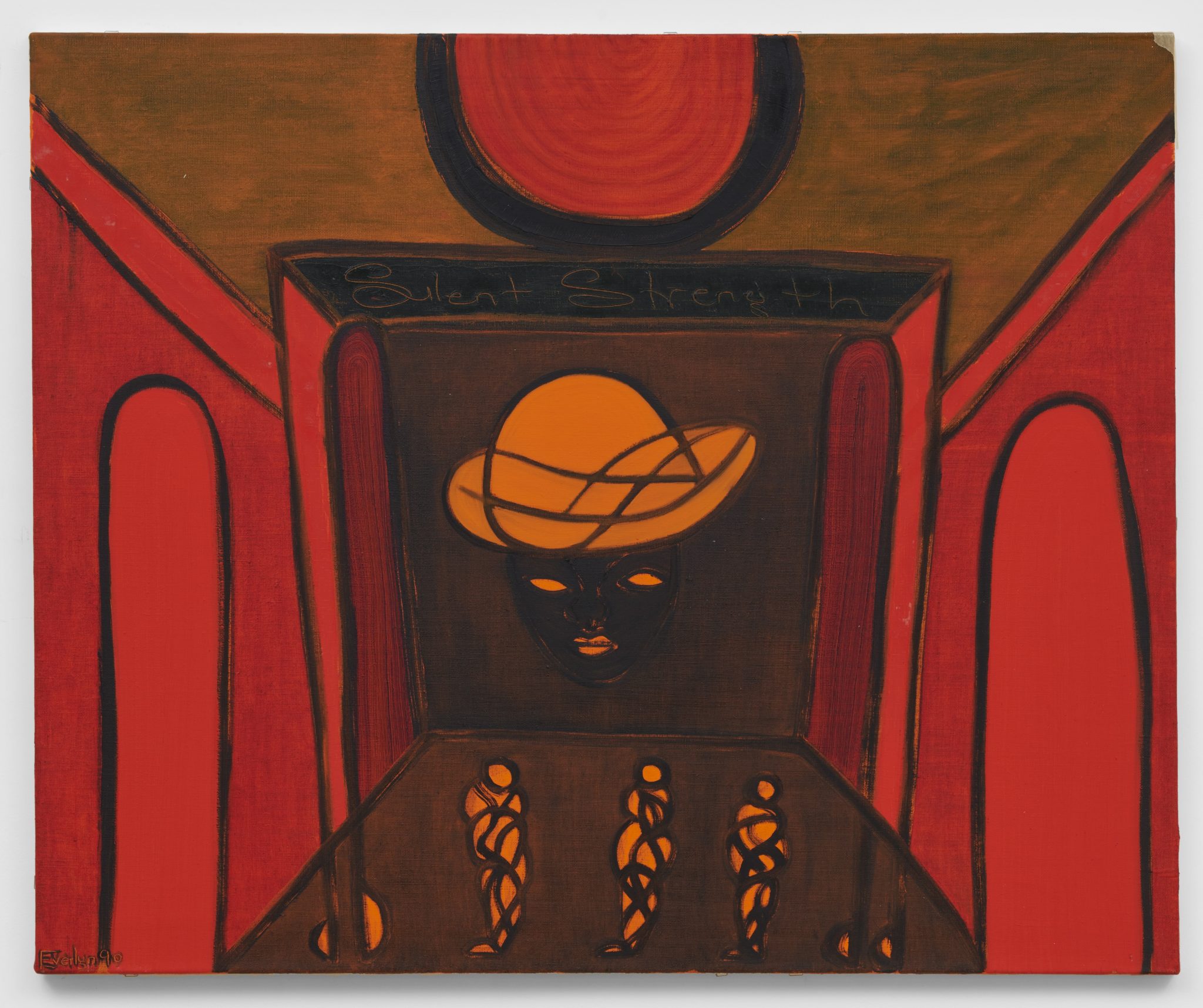 My series Silent Strength is about FREEDOM. And where better to reclaim freedoms than with my own body? Free and unrestricted. Using my body and curves as a point of departure offered a new beginning. Does there exist in the animal kingdom a shapely, curved beauty more beautiful than a woman’s body? […] There is a silent strength among us that is required in order to brave the struggles contemporary women are confronted with, especially women from minority communities who have been written out of history in so many ways. – Everlyn Nicodemus

Everlyn Nicodemus’ paintings, drawings, collaged books, and poetry reflect her diasporic life and her experiences of racism and trauma. This work is from her Silent Strength series that explores the triumph of the human spirit over authority. In it, an authoritarian figure (the floating head on the screen) watches over three women rendered in the artist’s motif of flowing lines “where borders and boundaries are reimagined.” An artist, art historian, and writer, Nicodemus was born in Kilimanjaro, Tanzania. She moved across Europe (living in Sweden, France, and Belgium) before she settled in Edinburgh, Scotland. Her research and travels have led her to make work that investigates trauma and violence, notably her 52-foot-long scroll documenting genocides and ethnic cleansings throughout history, Reference Scroll on Genocide, Massacres and Ethnic Cleansing, from 2004. Her work has been included in group exhibitions throughout the world, and she received a PhD with her text African Modern Art and Black Cultural Trauma from Middlesex University in 2012.