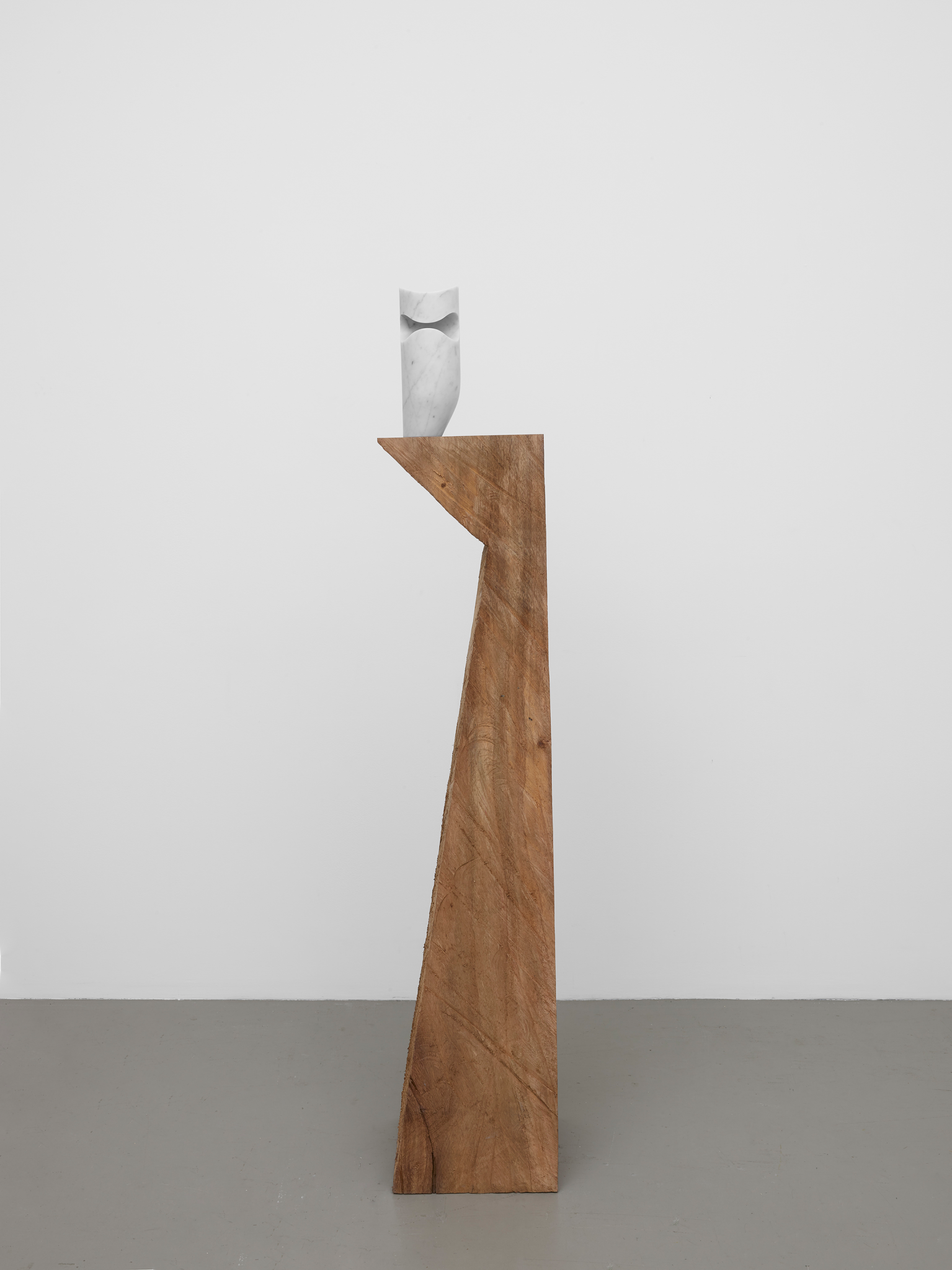 Art is a transmission of spiritual energy from the mind into matter and if this transition really happens you can feel it in the piece. – Pedro Reyes

Mexican sculptor Pedro Reyes aims to keep his work approachable to any viewer, regardless of their art literacy. In his renowned large-scale sculptures that address social and political issues like contemporary gun culture, there was a necessity for the work to speak for itself and be accessible to all. This same thinking has been transferred to his other work where he references the history of sculpture, both Mesoamerican civilizations and modern and contemporary sculptural practices. Humor also plays a key role in his works, seen here in Owl, where a simple minimalist wood sculpture acts as a perch for a Carrara marble owl. The owl is brought to life with only a few portions of marble cut away, gracefully welcoming the viewer with minimal manipulation by the artist. Along with numerous group and solo exhibitions, Reyes has exhibited his socially-minded monuments and installations internationally, including Disarm in 2013, where the Mexican government donated over 6,700 confiscated firearms that were transformed into mechanical musical instruments; and his project Sanatorium (“a transient clinic which provides short, unexpected therapies”) which was presented at the Guggenheim Museum, New York in 2011; Documenta 13 in 2012; The Power Plant, Toronto in 2014; and The Institute of Contemporary Art, Miami in 2014.