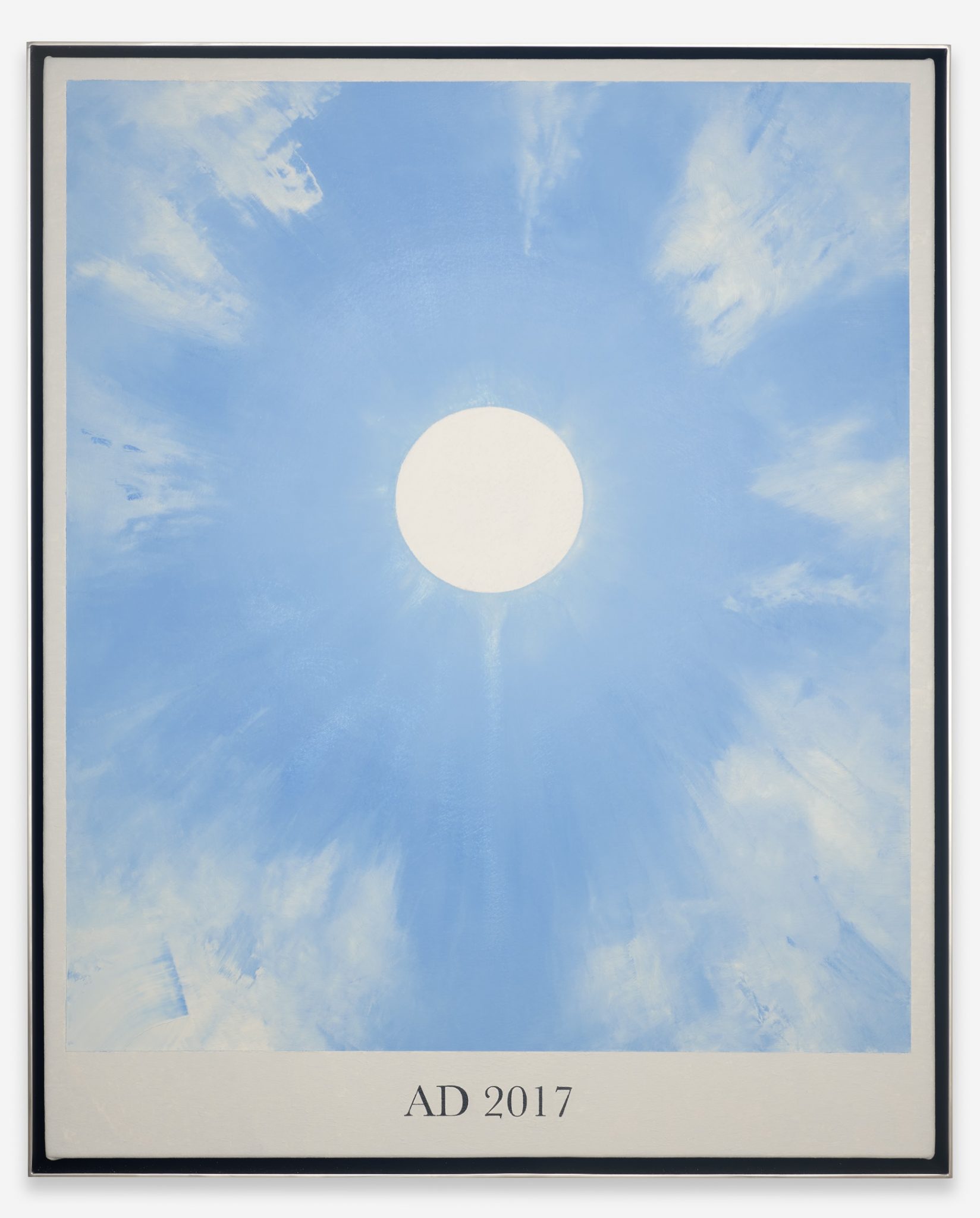 LA-based painter Rob Reynolds looks to disparate sources for his paintings of nature, ranging from “J.M.W. Turner, William Blake, Edward Weston, Andy Warhol, Gerhard Richter; and on the other side, way less high-brow: advertisements, stock photos.” Based on a photograph of the sun over the US, the original title for the central painting was UP, until his friend and lead singer of the band LCD Soundsystem, James Murphy, reached out to Reynolds for the cover art for the band’s first album since they split up seven years earlier. The 2017 album’s title, American Dream, now serves as the name for this work, which Reynolds has remade in the style of a familiar poster, featuring the album’s title shortened to suggest the Latin “anno Domini,” to designate the year. Reynolds has meticulously recreated all elements of a poster, including the white border that surrounds the central imagery, hand-written text that reads as type, and a custom welded frame replacing the ever-present inexpensive black frames found in apartments and dorm rooms.  Reynolds has been part of group and solo exhibitions throughout the US, and his work can be found in the collection of LACMA, Los Angeles.