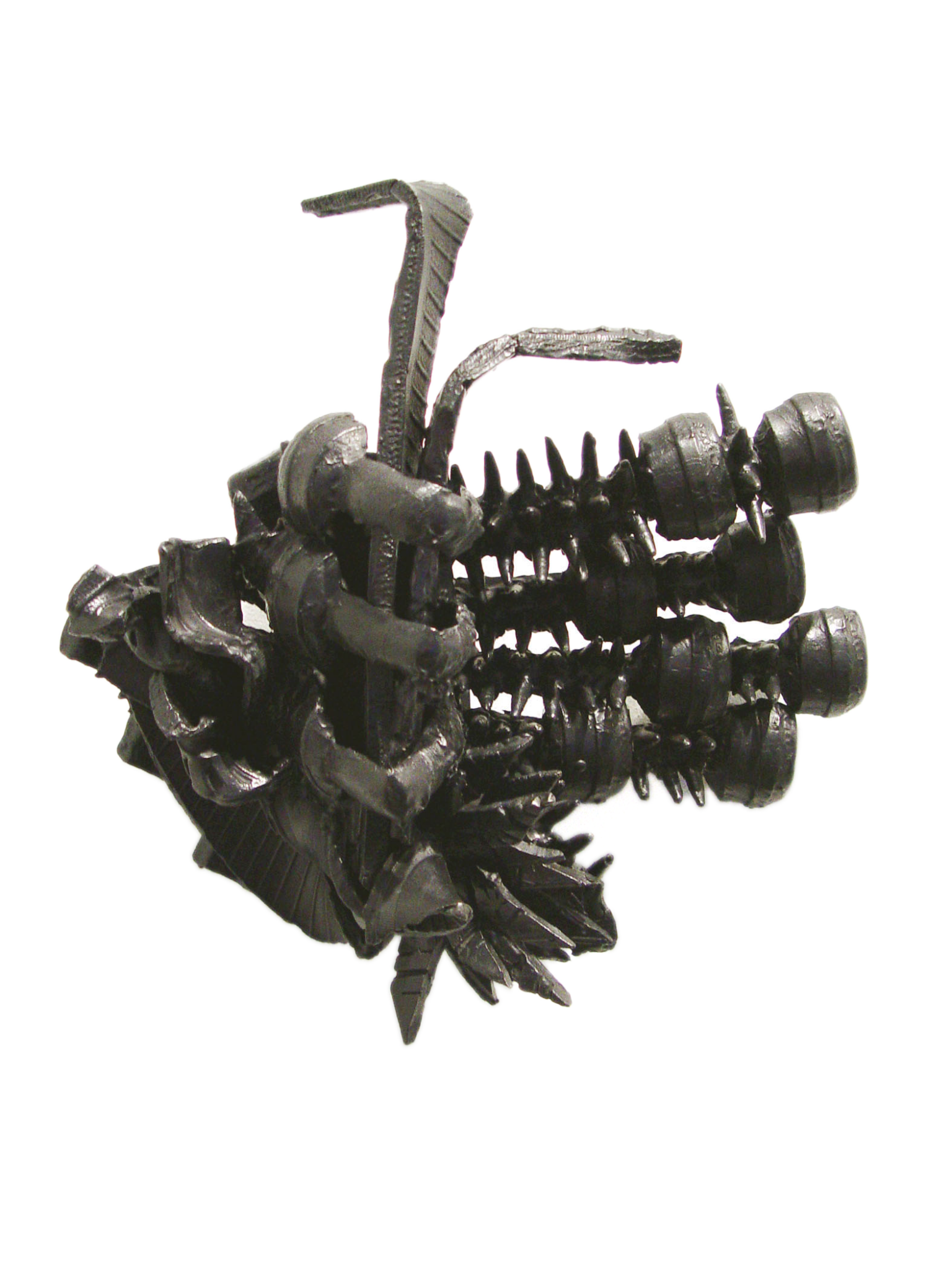 The material was just there. I was looking, like everybody else, trying various things. When the tires came in, it was like, I gotcha! And I didn’t look back. – Chakaia Booker

For over three decades, Chakaia Booker has remained dedicated to used rubber tires. In her hands, the salvaged material takes on a range of expressions – from organic and bodily to geometric and structural – and her works range from large-scale outdoor public sculptures to smaller objects, seen here in Make Believe. Though cast in bronze, the work still bears evidence of its rubber source which has been sliced into curved strips, jagged spikes, and structural bands, all to create a strange abstract composition with a wild, tightly-bound energy. Booker was included in the 2000 Whitney Biennial and received a Guggenheim Fellowship in 2005.  Her public installations include Millennium Park, Chicago (2016-2018); Garment District Alliance Broadway Plazas, New York (2014) and National Museum of Women in the Arts New York Avenue Sculpture Project, Washington DC (2012). Her work is in numerous public collections throughout the US, among them National Museum of African American History and Culture, Washington, DC; The Metropolitan Museum of Art, New York; and Yale University Art Gallery, New Haven.