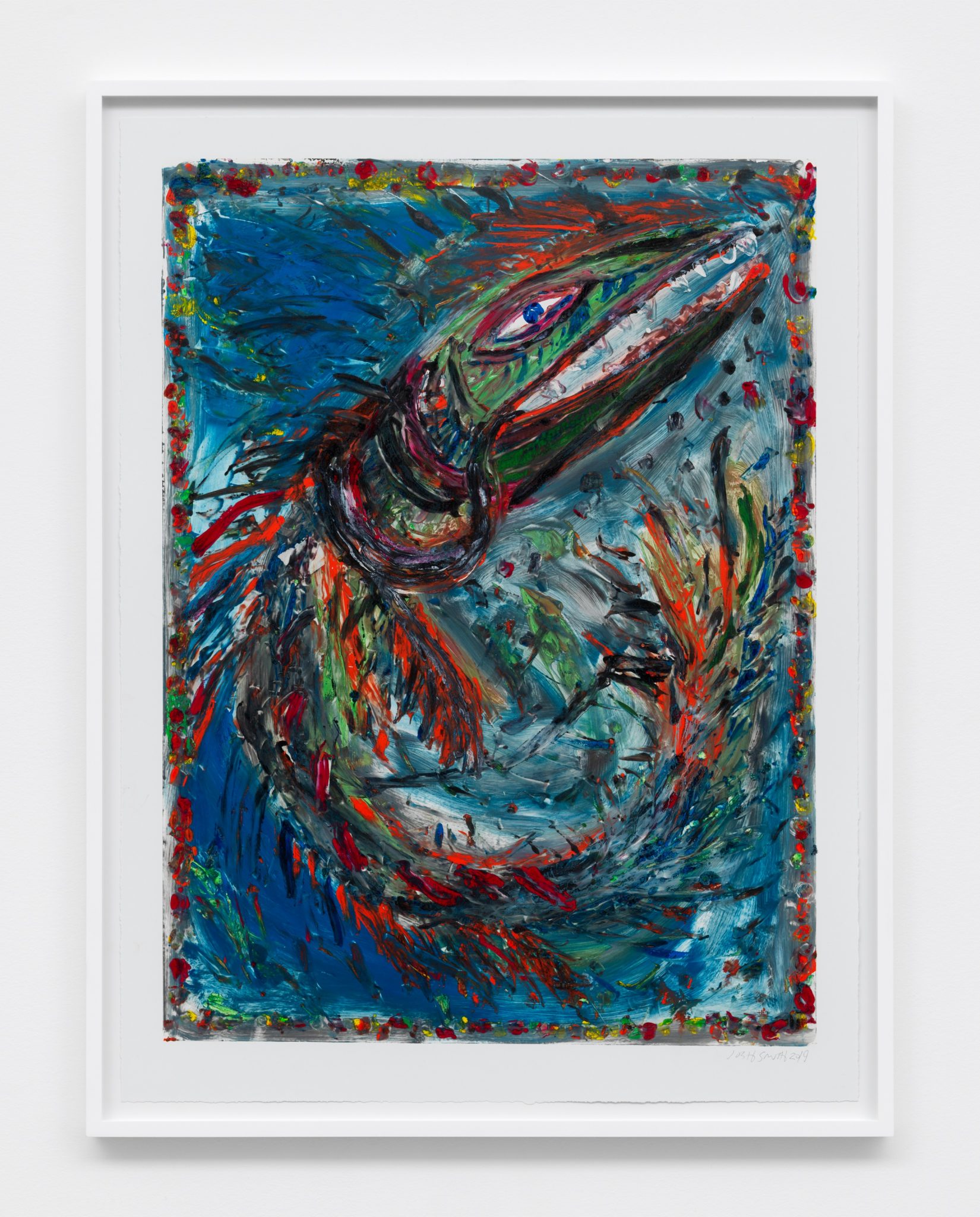 The paintings of Josh Smith are easily identifiable by the artist’s excess of lines, contrasting colors that often blend into earthy hues, and his expressive brushstrokes. Working with certain motifs repeatedly (skeletons, insects, leaves, his own name, fish) allows Smith to freely express himself without being focused on a specific type or subject. Duplication comes naturally to Smith – he received his degree in printmaking – though he says, “I’m not really repeating myself, I’m restricting myself which is a different thing.” In this fish monotype, the printing process allows Smith to maintain spontaneity and the dramatic linework that surrounds the fish, brushing the ink directly onto the printing plate which is then pressed against paper to create a unique work. New York-based Smith has been including in many solo and group exhibitions, including the influential 2014 exhibition Forever Now: Contemporary Painting in an Atemporal World at MoMA, and his work is held in international public collections including The Broad, Los Angeles; Carnegie Museum of Art, Pittsburgh; Centre Pompidou, Paris; MoMA, New York; and the Whitney Museum, New York.