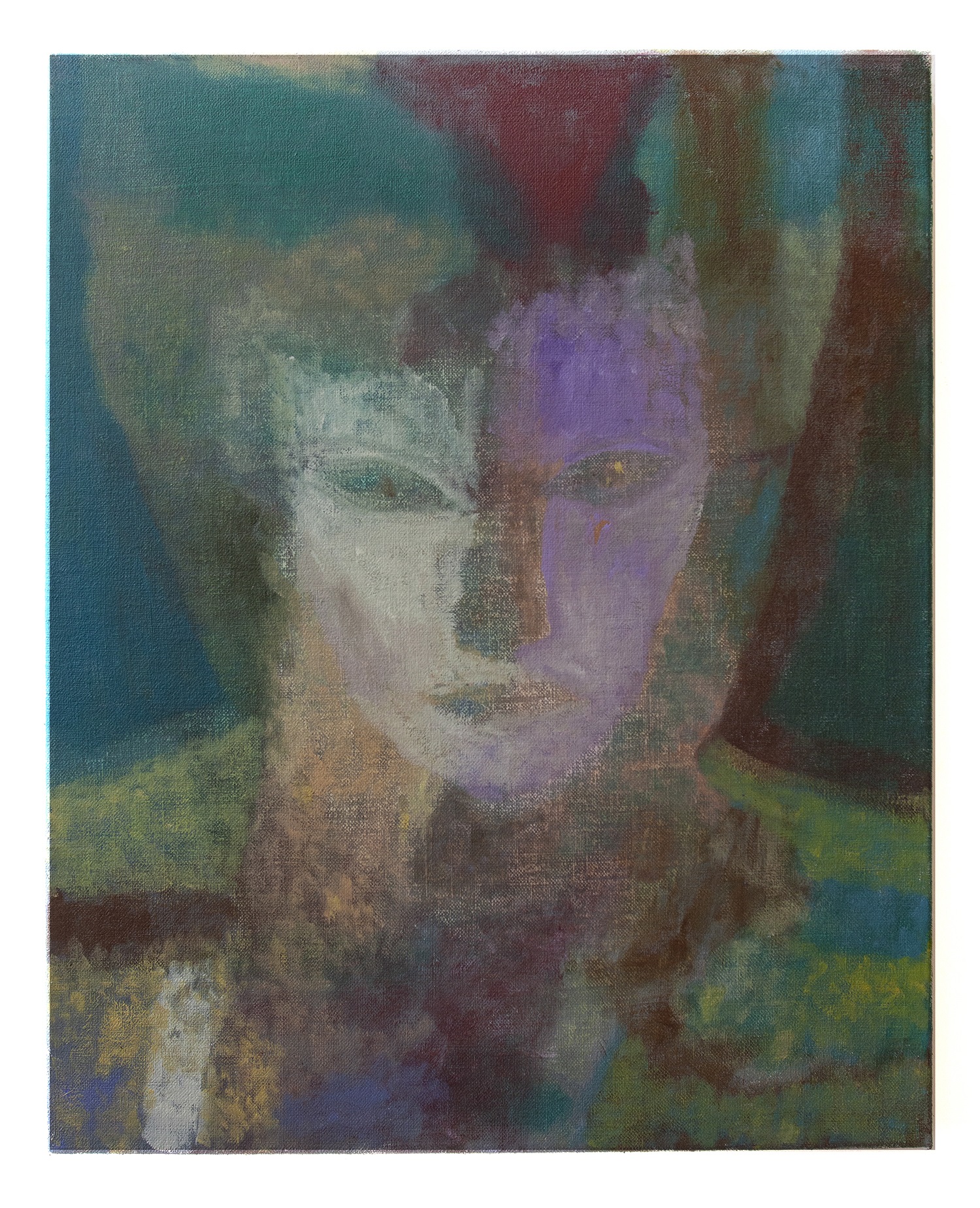 Like the first scream of a baby leaving its mother’s body, the diasporic wail is for a return that will never happen. It is nature’s way of spitting you out: war, genocide, ethnic cleansing – spitting you out of whatever it was that was home – so you’re left wondering and your soul is left wondering and your children’s children’s souls are left wondering – in search of that sliver of the sun. The search for that sliver is the reclaiming itself. The reclaiming of scattered pieces of identity. – Maja Ruznic

After the birth of her daughter, Maja Ruznic turned toward imagery of the family, reflecting on an individual’s role as both parent and child. More frontal and direct than her earlier figurative works, the face of Daughter (Green) seems to emerge from an abstract realm, directly confronting the viewer’s gaze. Ruznic paints with soft brushes in layers, coaxing splotches of paint into imagery. She describes her color choice as an organic process, “I feel the colors and the way I’m applying the paint, is acting as a kind of ointment for me – it isn’t intentional, it’s intuitive.” Born in Bosnia & Herzegovina, Ruznic and her mother fled the country during the war, living in refugee camps in Austria before immigrating to California. Themes of collective memory, trauma, and healing permeate her colorful works, which have been exhibited in the US, Italy, and Bosnia & Herzegovina. She currently lives and works in New Mexico, and her first solo museum exhibition opened at The Harwood Museum of Art, Roswell, this year.