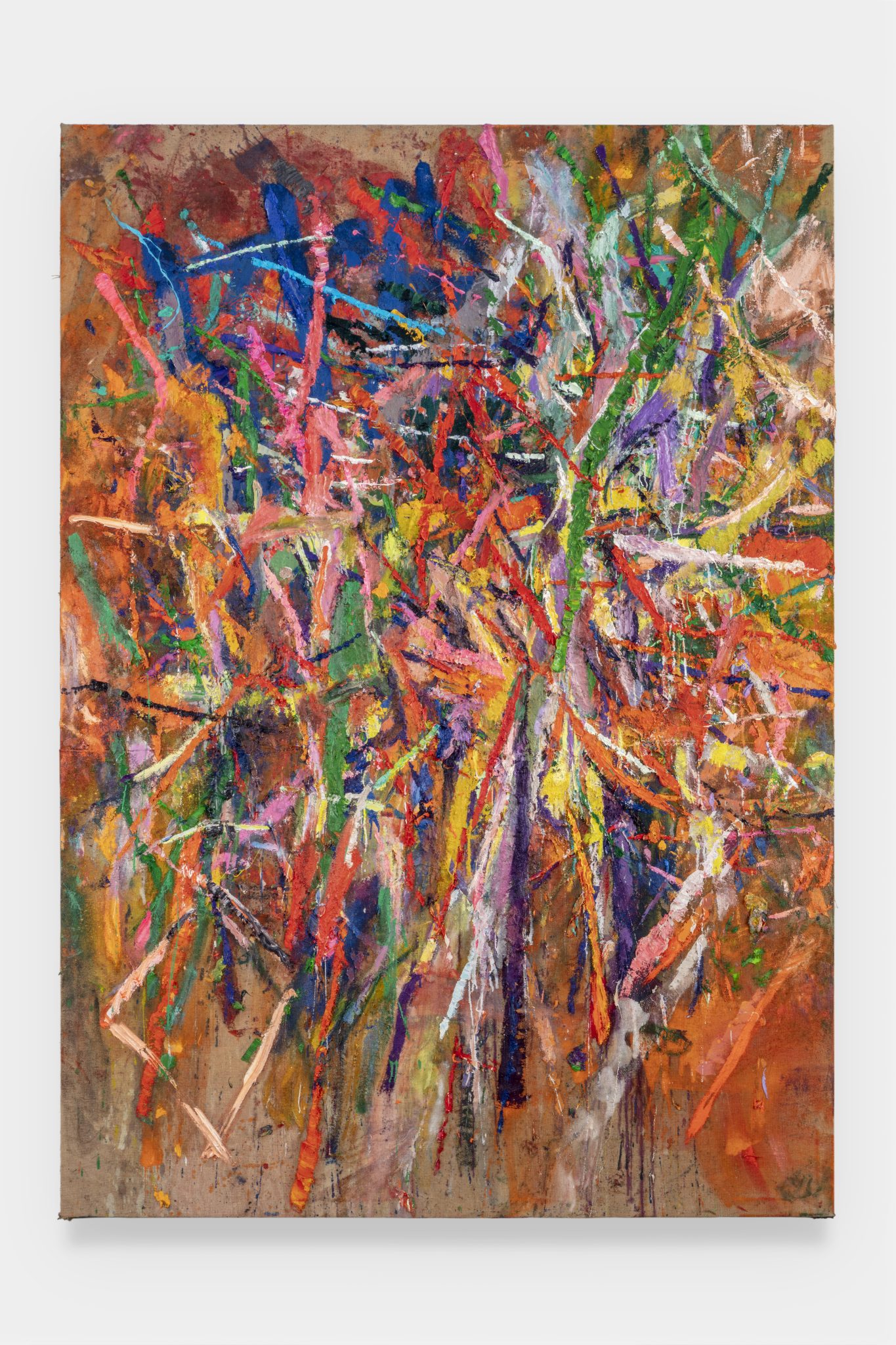 Spencer Lewis (b. 1979 in Hartford, CT), received his BFA from the Rhode Island School of Design in 2001 and his MFA from the University of California, Los Angeles in 2008. Throughout his career, Lewis has worked with jute, cardboard, bronze and assemblage; often with paint and always with space. Space, how to negotiate it, imply it or fill it, is the purpose of a practice that is as much interested in the intervention a painting poses within a given environment as the painting itself. In his Los Angeles studio Lewis explores this space, pinning it to canvas, assembling dynamically painted windows into a plain of intersecting marks, arching and thrashing to form billowing compositions of rich color. Whilst his works may range in scale, a raw physicality abounds throughout the brute lines of oil, acrylic, enamel and ink smeared, struck and scooped onto a weathered, giving surface. Whether rendered in hazy mists, neon slashes or fibrous folds, Lewis’ mark making is unbridled, his palette always expanding.

Lewis’ work has been shown in galleries and institutions throughout the US, Europe, and Asia.