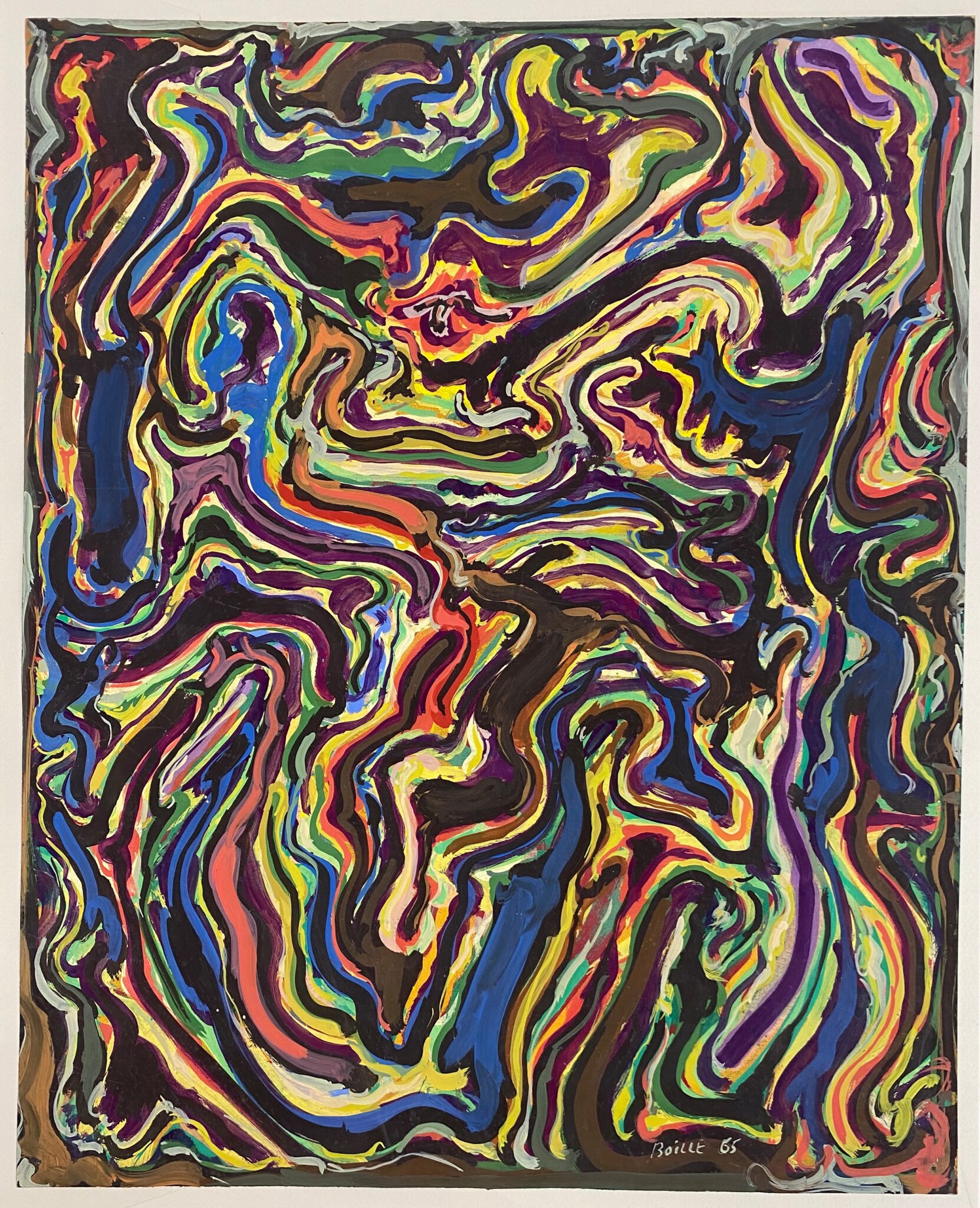 Italian artist Luigi Boille developed his unmistakable style of painting while studying in France after attending university in Rome. While in Paris, Boille became a member of the Art Informel movement under the influence of French critic Michel Tapié. As part of the branch called Tachisme, which was characterized by splashes or splotches of paint, Boille began painting overlapping ripples that combined movement, light, and color as one. The lyrical marks remained dynamic while controlled, fusing the automatism of the movement with his classical attention to composition. This work from 1965 was created in an important moment in Boille’s career. Boille represented Italy at the 1964 Guggenheim International with Giuseppe Capogrossi, Enrico Castellani, and Lucio Fontana, and in 1966 was invited to take part in the XXXIII Venice Biennale. Boille’s work has been part of a rediscovery of this era in Italian painting, and his work has been exhibited widely since his retrospective at the Villa Torlonia in Rome in 2019.