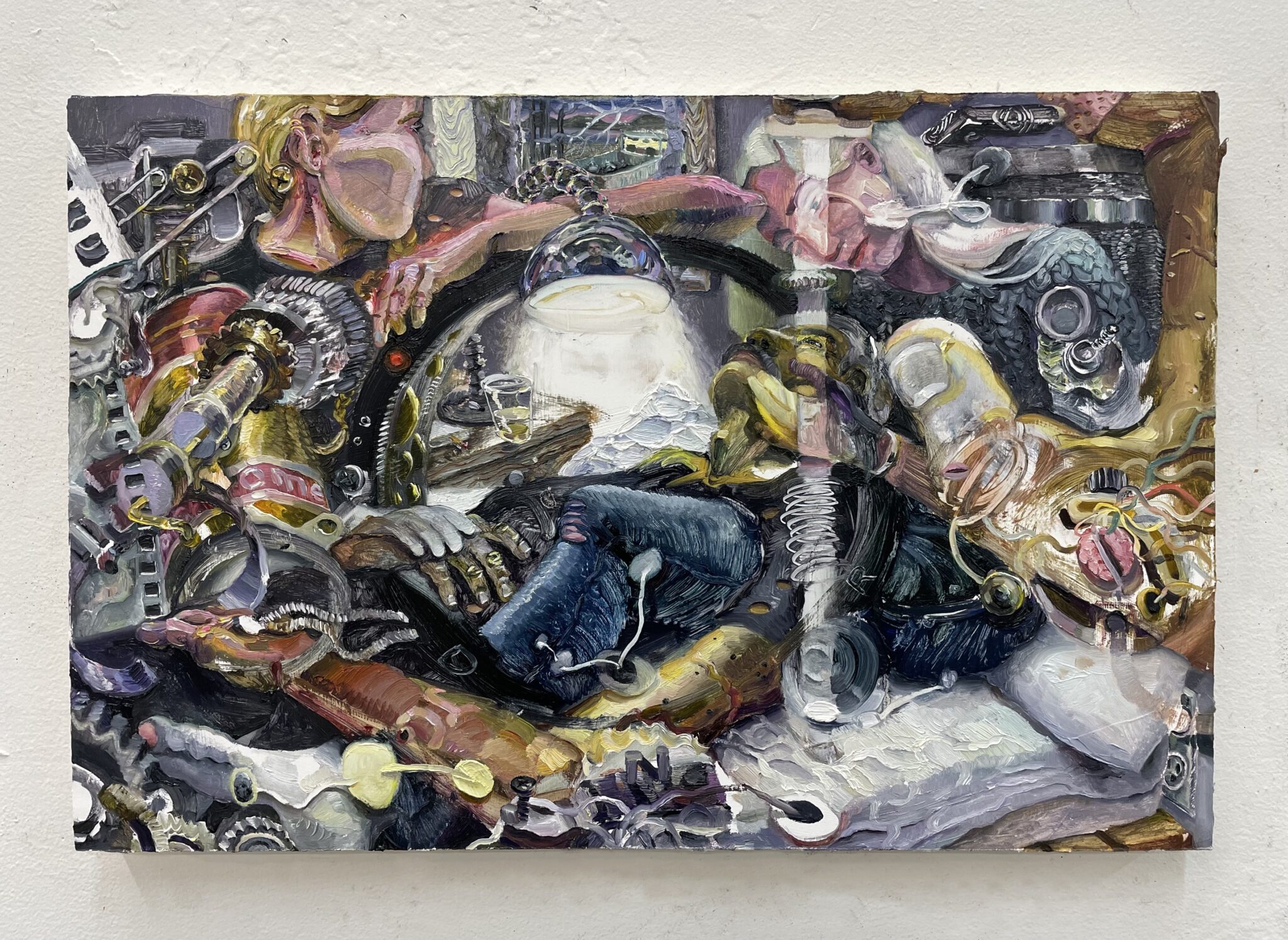 Danica Lundy’s sensorial, figurative paintings are compositionally complex and slow to reveal their nature. Describing her language as ‘a visceral hyper-reality that shows everything at once’, she exploits painting’s potential for panoptical vision, using multiple perspectives, hybrid forms and differing scales in her complex tableaux. ‘A painting can become a poem, a nightmare, a construction site; a lived-in arena for testing out the limits of one’s own power’, she has stated.

Many of her paintings draws on her own experiences as a teenager and athlete. Her lucid scenes of parties, classrooms or sports stadiums reflect the potency of teenage emotions, the threshold of becoming, and the sensory experience of adolescent life. Using unexpected shifts in perspective and viewpoint, sometimes including her own watchful eye captured in a reflection, she crowds the viewer into the action. Adopting the point of view of a surgeon, sportsman, partygoer or bystander, we are made aware of the mechanics of looking and the exchange involved in seeing, and being seen.

Suffused with the literal mess of life, Lundy presents both the ‘stage’ and its wings − the ‘behind the scenes’ reality − with a forensic attention to detail. Soda cans, cigarettes, tampons, cotton buds, screws, bolts and zippers spill across the surface of her pictures, like the missed clues in an unsolved crime. Allowing the viewer to consider everything at once, to look up, down, into and around, Lundy says that she wants a painting ‘to evoke a young lifetime’s worth of cultural gunk, great paintings, friction, disillusionment, jubilation, heartache.’

Lundy has exhibited internationally, with solo shows in Canada, Italy, Germany, and the United States. Her work is in the public collections of Dallas Museum of Art, Institute of Contemporary Art Miami and Sydney Modern Project, New South Wales.