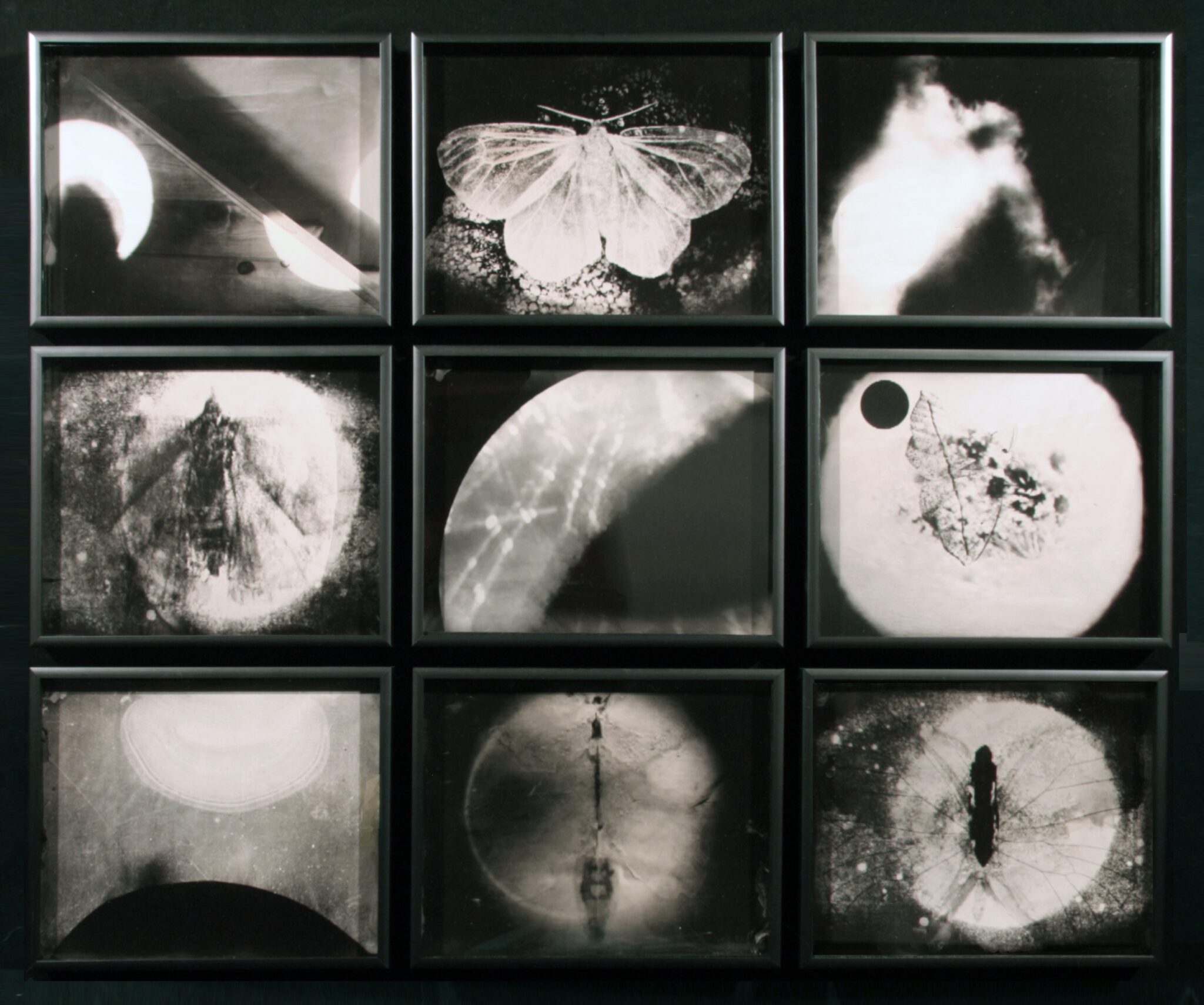 Michelle Stuart has done three projects with The ƒ/Ø Project. All three are 9 panel ambrotypes in an edition of 5 with one artist’s proof, one printer’s proof and one BAT.  Each 8×10 inch panel is housed in a metal frame, complete with museum glass to reveal the luminous character of the brilliant silver surface of the ambrotypes.

My first night in Australia, the land of my father, I stayed in a converted workers bunk house on a cattle station in the middle of that continent and outside of Alice Springs. It was black as pitch outside and the red earth was dry. I had closed the curtains when I switched on the light. Turning in for the night I opened the curtains to see the whole window covered with white moths attracted by what was the only light for miles. With the stars of the southern hemisphere as a background the moths created diaphanous forms against the moon.

Since the 1960s Stuart has been an instrumental part of the land art movement. Unlike most of her contemporaries, however, who use the landscape as a canvas, Stuart has focused her attention on the effects humans have had on the environment and our relationship with it. She has also found it productive to travel extensively, working outside the United States often in more intact ancient landscapes. In addition to permanent, semi-permanent and sculptural work, Stuart is well known for her frottage drawings made directly from the landscape itself, as well as collages that utilize raw material found in the environment such as seeds and leaves. Though lesser known her photographic works have been a significant and essential part of her production for several decades.

Stuart’s work has been collected by public institutions including MoMA, New York; the Metropolitan Museum of Art, New York; the Art Institute of Chicago; the Walker Art Center, Minneapolis; LACMA, Los Angeles; the Menil Collection, Houston; the National Gallery of Art, Canberra; and the Tate, London.