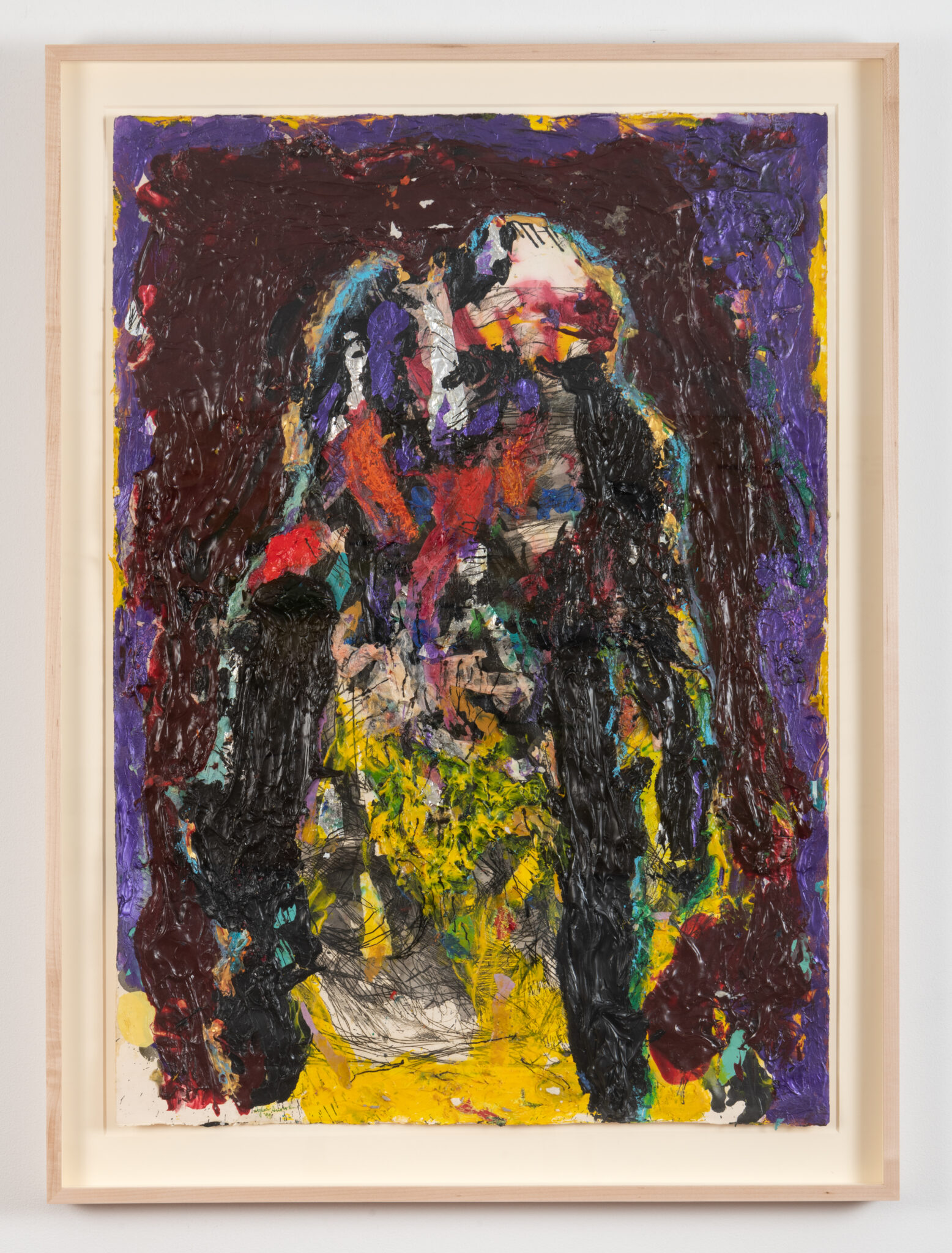 Sylvia Snowden has developed a singular body of work spanning six decades, which is characterized by a visceral and sculptural application of paint in which color and texture emerge from densely-worked underlayers. Working in series, Snowden’s work aims to depict the struggles and triumphs of humanity and dispel the societal myths that are used to push us apart. Most notable is Snowden’s M Street Series started in the late 70s after Snowden moved to Washington’s Shaw Neighborhood, where she still resides, which was marked by impending dislocation due to gentrification. Snowden aimed to portray the people she encountered within the neighborhood, many of whom were transient, unemployed, and/or unhoused, depicting each with their own individual grace and dignity. Pushing against the bounds of the paintings’ frames, Snowden’s figures seem to urgently wrestle with the energetic abstractions that surround them, as a way to depict their resilience in the face of adversity. Sylvia Snowden holds both Bachelor of Arts and Master of Arts degrees from Howard University, Washington, D.C. where she studied under James Porter, Lois Maillou Jones, James Wells, and David C. Driskell. In 2018, Snowden’s work was notably featured in the landmark exhibition Magnetic Fields: Expanding American Abstraction, 1960–Today at the National Museum for Women in the Arts, Washington, D.C. alongside fellow Howard University alumnae Mildred Thompson, Alma Thomas, and Mary Lovelace O’Neal.