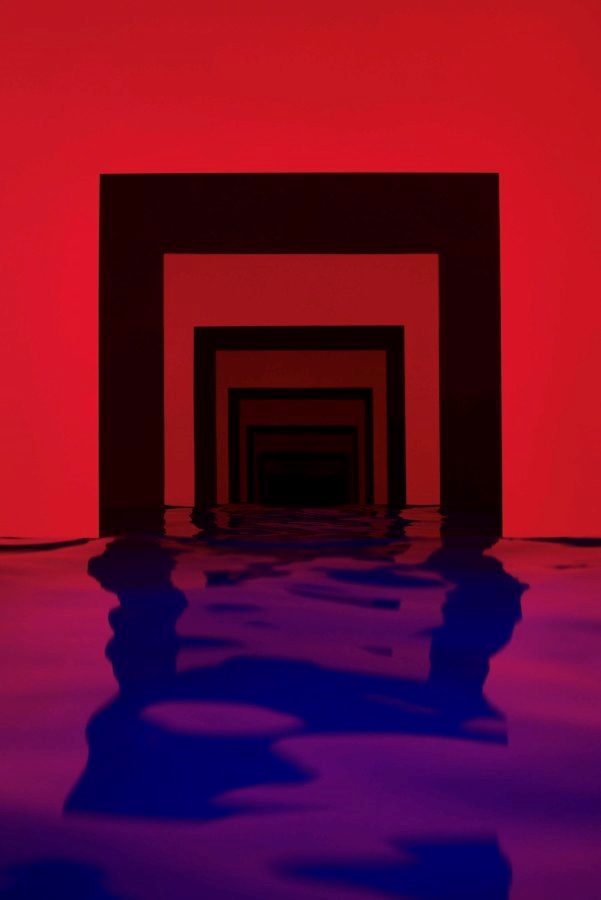 Sarah Meyohas (b. 1991, New York) is a conceptual artist and pioneer in the field of crypto art, whose practice considers the nature and capabilities of emerging technologies in contemporary society. Her ‘Speculations,’ pictured above, are photographs that were initially conceived for Bitchcoin, the first tokenization of art on the blockchain. This new cryptocurrency needed to be backed by a photograph, and the photograph needed to create value visually, deliberately, and with an illusory expansion of space to reference “mining” and the idea of gold.

These photographs serve as visual metaphors for value and the blockchain itself, portraying endless perspectival tunnels created with reflective surfaces, holding up a mirror to the alchemical ways that value is created and sustained in art as a financial asset. The light is caught bouncing between mirrors in an endless exchange – a specular relation. Value is created through replacement. In an exchange, one is in the place of the other. As a result, the metaphor of reflection goes both ways.

This series of photographs is ongoing. After all, these images literally never end. And while the themes of infinity, reflection, and illusion are conceptually vast, it is also the act of photographing – to look at a mirror and instead of seeing oneself, seeing a void – that is metaphysical.

Meyohas’ work has been exhibited at the New Museum, New York; the Barbican Centre, London; the Jameel Arts Center, Dubai; and the Ming Contemporary Art Museum, Shanghai. She has been featured in The Wall Street Journal, The Financial Times, The New York Times, Vice, and ArtForum, and has appeared on CNBC, PBS, and CBC. Meyohas holds dual degrees in Finance and International Relations from the University of Pennsylvania and in 2015 received her M.F.A. from Yale University.