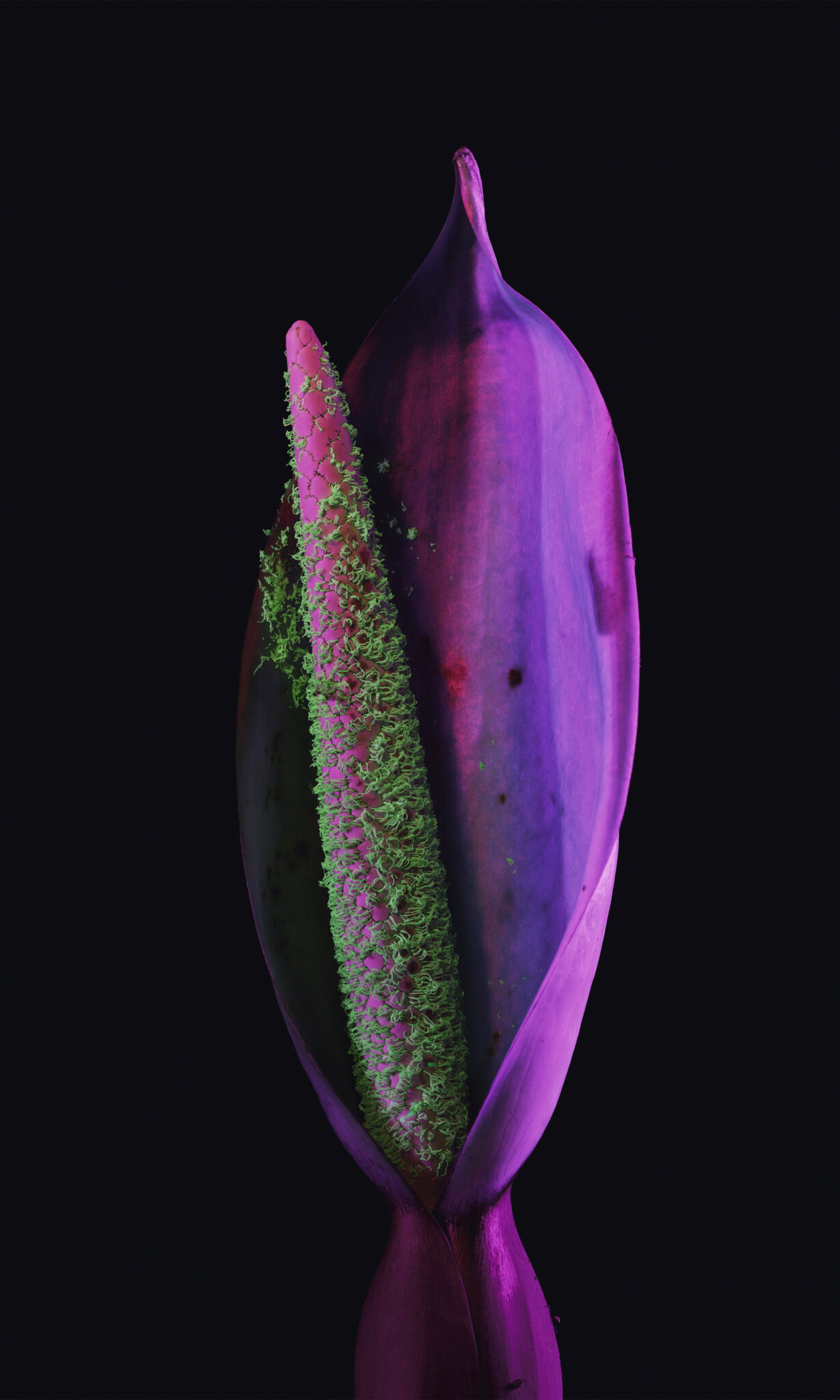 Richard Mosse’s photography captures the beauty and tragedy in war and destruction. Mosse has shot abandoned plane wrecks in the furthest reaches of the planet and the former palaces of Uday and Saddam Hussein now occupied by US military forces. His Infra series captures the ongoing war between rebel factions and the Congolese national army in the Democratic Republic of Congo.

The Infra series is marked by Mosse’s use of Kodak Aerochrome, a discontinued reconnaissance infrared film. The film registers chlorophyll in live vegetation. The result is the lush Congolese rainforest rendered into a beautifully surreal landscape of pinks and reds. Mosse said in an interview with The British Journal of Photography “I wanted to export this technology to a harder situation, to up-end the generic conventions of calcified mass-media narratives and challenge the way we’re allowed to represent this forgotten conflict… I wanted to confront this military reconnaissance technology, to use it reflexively in order to question the ways in which war photography is constructed.”

In 2013, Mosse represented Ireland in the Venice Biennale with The Enclave an immersive six-channel video installation that utilized 16mm infrared film.

Mosse has exhibited work at the Palazzo Strozzi, Florence; the Bass Museum of Art, Miami; the Künstlerhaus Bethanien, Berlin; the Centre Culturel Irlandais, Paris; the Dublin Contemporary Biennial; FotoMuseum Antwerp (FoMu); and the Tate Modern, London. Mosse’s work is part of many public collections including The National Gallery of Victoria, Australia; The Museum of Fine Arts, Houston; The Museum of Contemporary Art, Chicago; and the North Carolina Museum of Art, Raleigh. His most recent monograph, The Enclave, was also published by Aperture Foundation in 2013 to accompany his presentation at the Venice Biennale.