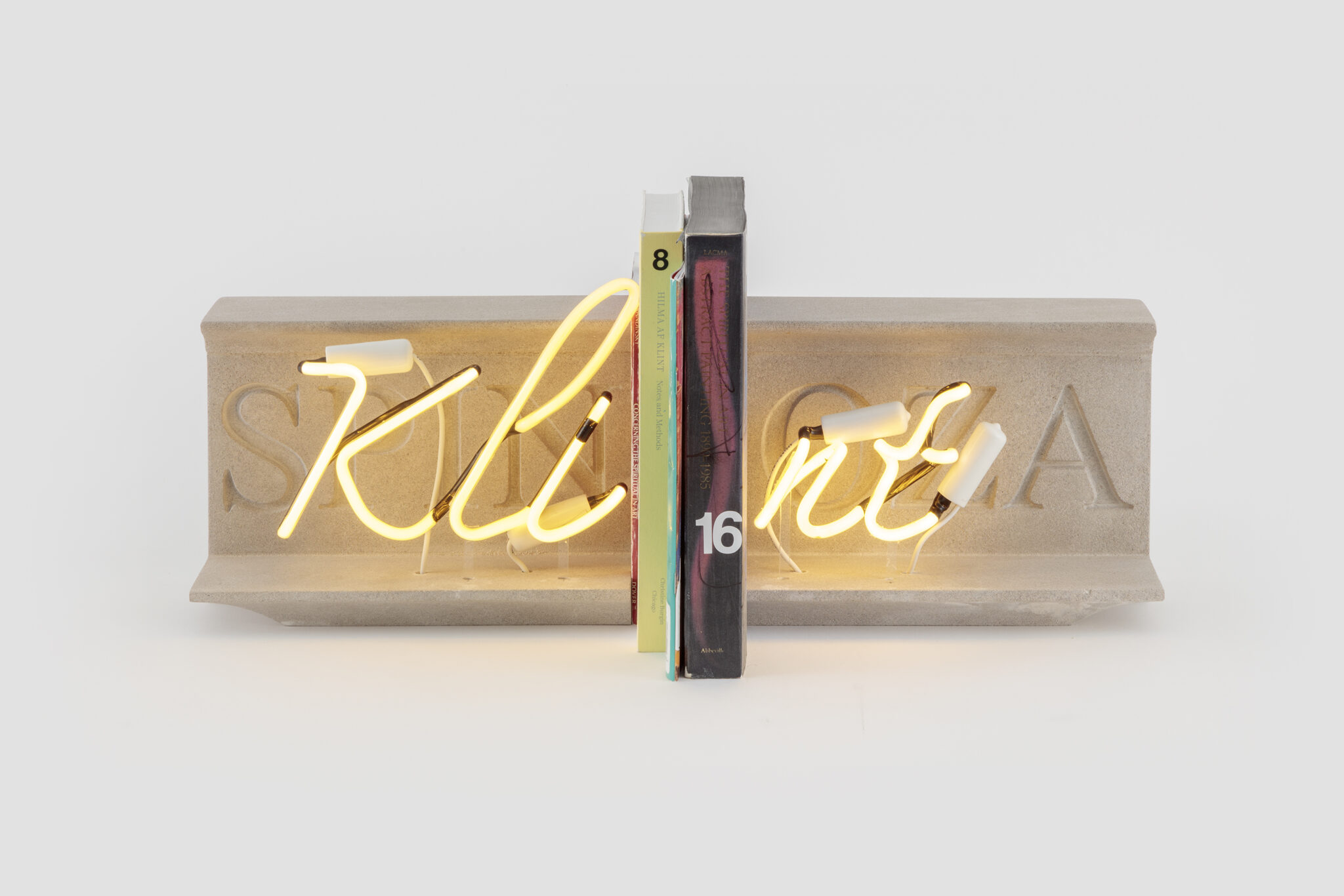 Neon colors are like candy to me. It’s absurd. It’s playful. We are living in very serious times. In the process, we have lost our ability to play. When you are too serious, that’s kind of boring. – Tavares Strachan

Synthesizing history, art, and science, Tavares Strachan’s multi-year projects highlight the forgotten figures of history who were left out of the canon due to race, gender, or geography. Strachan has gathered these marginalized people, places, and events into The Encyclopedia of Invisibility, a 2400-page book containing thousands of entries, including better known figures like James Baldwin and Artemisia Gentileschi, and overlooked trailblazers like Robert Henry Lawrence, Jr., the first black astronaut. For the 57th edition of the Carnegie International in 2018, Strachan added neon to the top of the Carnegie Museum, covering over the historic names carved in limestone (such as Aristotle, Darwin, Leonardo, and Mozart) with individuals from The Encyclopedia of Invisibility. The title of this work and neon letters refer to Hilma af Klint, the Swedish woman artist and early pioneer of abstraction that only recently has become more widely known. Her neon name covers the carved limestone “Spinoza,” the Dutch 17th century philosopher that appears on the Carnegie Museum. For this individual sculpture, Strachan has incorporated portions of text pulled from his encyclopedia as part of the piece. Born in the Bahamas, Strachan has followed his research into explorations in aeronautics, artic exploration, and the deep sea. Strachan received his MFA from Yale University and his BFA from the Rhode Island School of Design. His work has been part of numerous solo presentations, including The Bahamas National Pavilion 55th Venice Biennale in 2013. He has been the recipient of numerous awards including Artist in Residence at the Getty Research Institute, Frontier Art Prize, the Allen Institute’s inaugural artist-in-residence, LACMA Art + Technology Lab Artist Grant, Tiffany Foundation Grant, Grand Arts Residency Fellowship, and the Alice B. Kimball Fellowship.