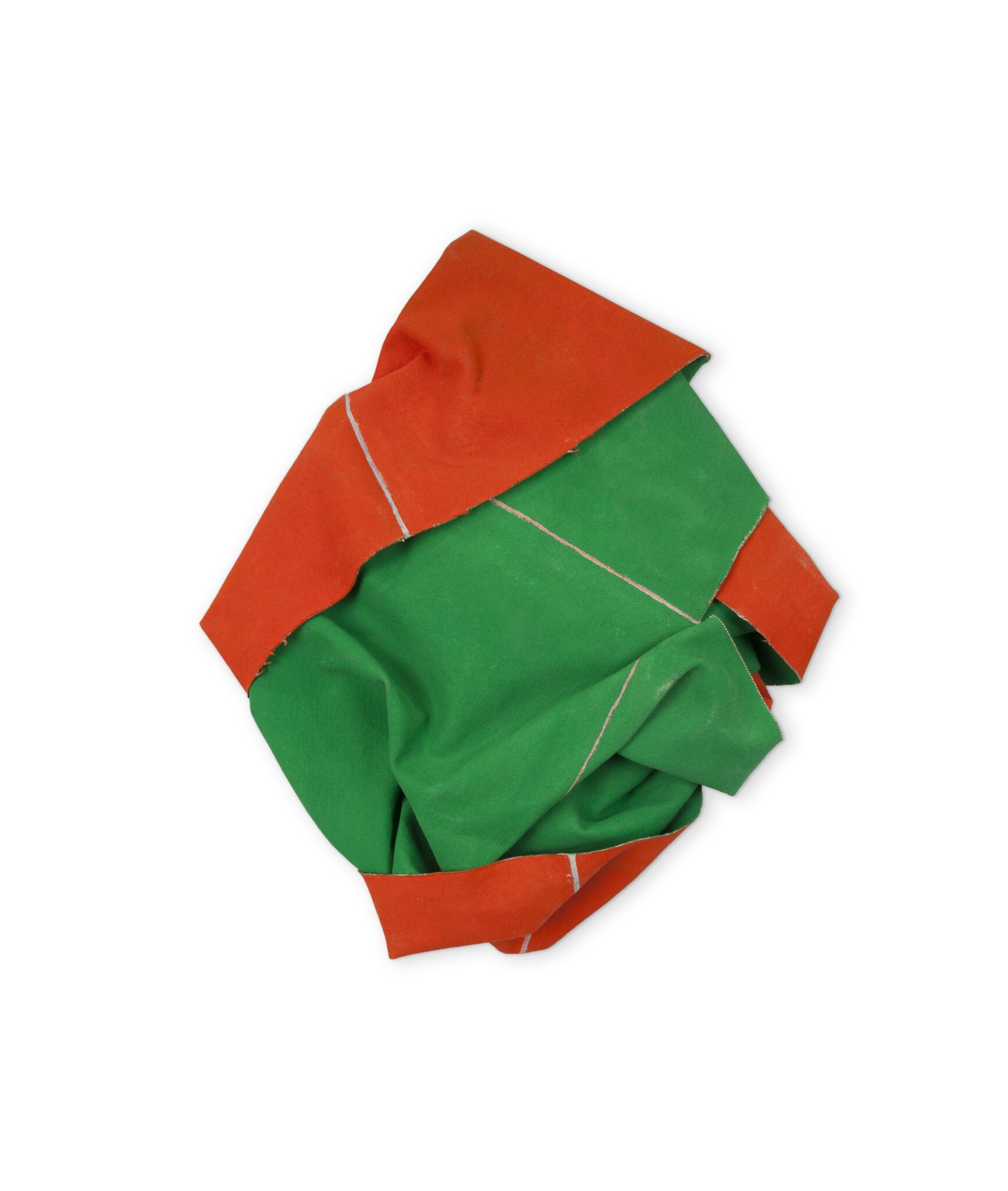 As an art student in 1940s Paris, Susan Weil met fellow artist Robert Rauschenberg where the two became inseparable. They enrolled together at Black Mountain College to learn from Josef Albers in the collaborative art environment based on Bauhaus teachings. A poet as well as an artist, she began her torn poetry works and Blueprint series then, with Rauschenberg working alongside her on several Blueprints pieces while they were married in New York. After her separation from Rauschenberg in 1951, Weil continued as a prominent member of several women art groups, asking for equal gallery attention and representation during a time when the market and museums were hostile to female artists. Weil experimented with different media throughout her life, making radical collaged works, fabric pieces, multi-paneled works, and her Soft Folds series, like the work seen here. In this work, the vivid red and green of folded canvas envelops itself, marked by the stark lines of colored pencil that sit structurally above the painted surface. The piece questions geometry and the divide between painting and sculpture. Though an overlooked figure in the 1950s and 60s art scene of New York, Weil’s work can be found in numerous collections in the United States and Europe, including the Menil Collection, Houston; the Metropolitan Museum of Art, New York; MoMA, New York; and the Moderna Museet, Stockholm.