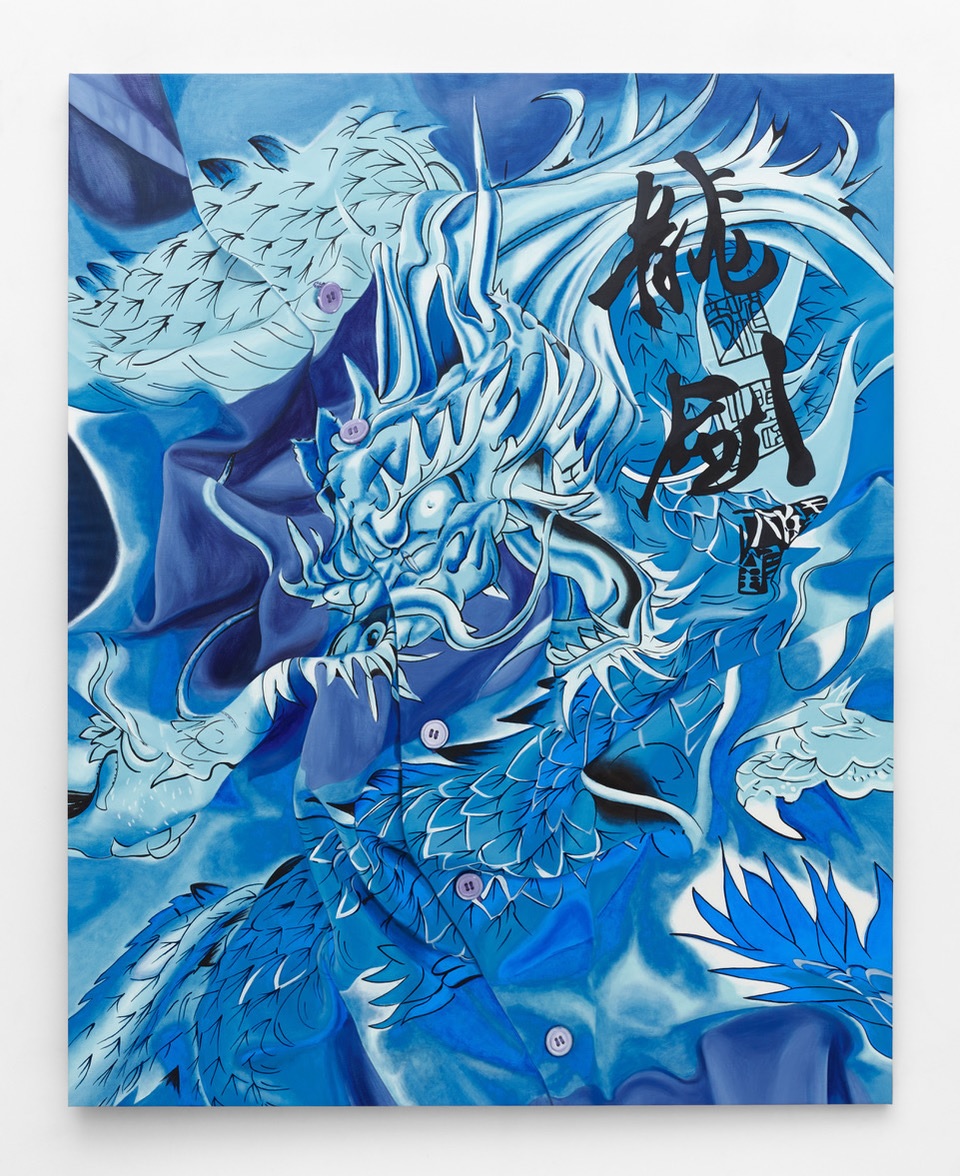 As a conceptual painter, Eliza Douglas uses the medium to question the viewer’s interaction and connection to the art object, placing higher value on these inquiries than on the actual act of painting. For this series, she photographs wrinkled shirts bearing prints from contemporary popular culture – anime, American cartoons, NASCAR jerseys – often associated with “low” culture and niche fandoms. The buttons of the dragon-printed shirt in this work twist down the center of the painting, replicated in detail by Douglas’ studio assistants. As philosopher Juliane Rebentisch wrote in the essay on this body of work: “Technically produced by Douglas’ assistants – something that many contemporary painters employ as method without telling anyone – these paintings don’t make a claim on the authenticity of the painterly hand.” Douglas is a musician, performer, model, and artist, and has shown her conceptual paintings in solo and group exhibitions in New York, Paris, Los Angeles, and Berlin. She is a frequent collaborator and performer in her partner’s work, German artist Anne Imhof, and she performed in Imhof’s Faust, which was awarded the Golden Lion at the 57th Venice Biennale in 2017.