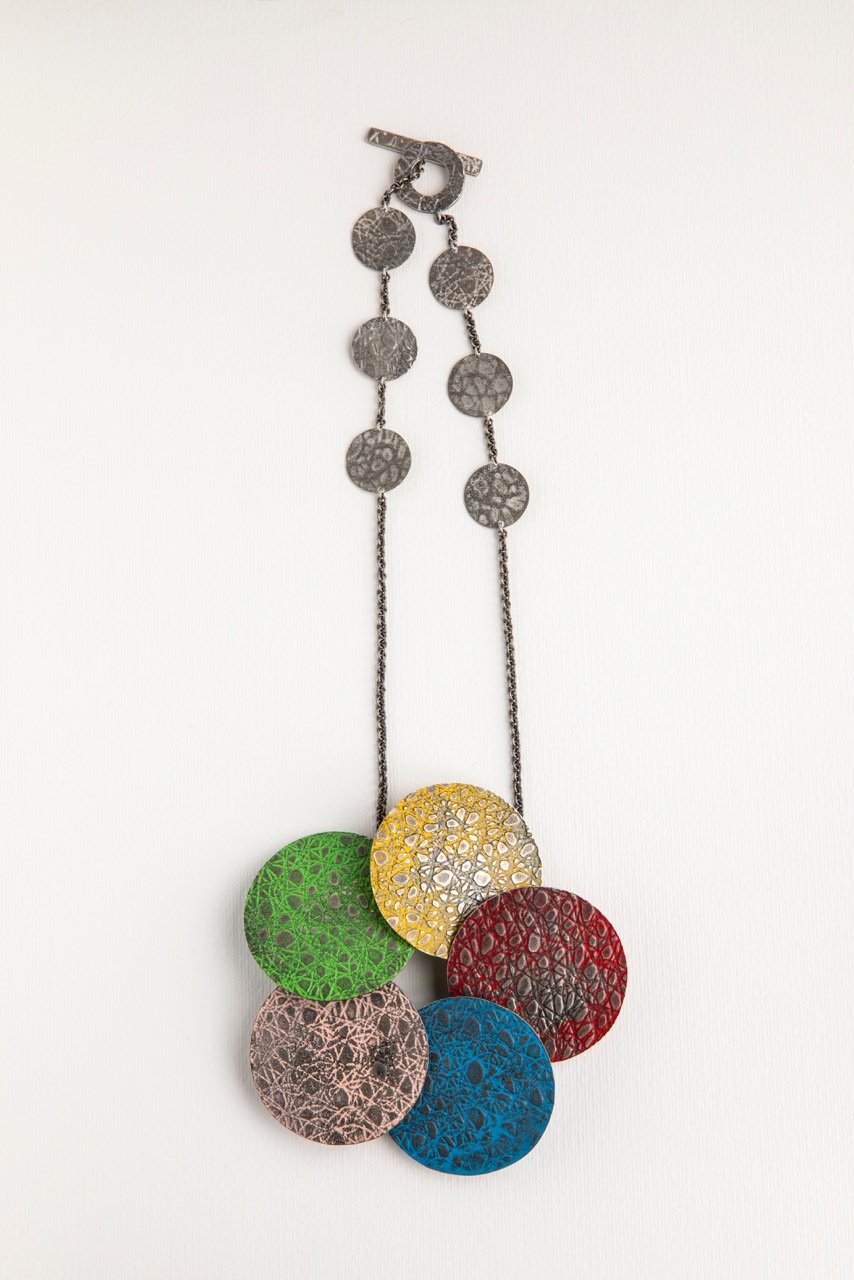 South African artist Daniel Kruger is renowned for making wearable adornment that is both contemporary in its aesthetic and historically literate. Describing his jewelry, he states, “Recurrent in my work are patterns, rhythms, symmetry, radial designs, spheres, discs—the circle is predominant—scrolls, dots, as well as texture and material qualities, flowers. Elements are usually ordered in rows or pairs and of course there is the erotic aspect.” These characteristics are especially evident in this necklace, in which Kruger has arranged a constellation of six colorful discs into a central medallion. The six smaller silver disks spaced further up the chain balance the necklace overall. Kruger studied goldsmithing and graphic design at Stellenbosch University in South Africa and painting and sculpture at the Michaelis School of Art at the University of Cape Town in the early 1970s. In 1974, he began studying goldsmithing at the Akademie der Bildenden Kunste in Munich under Hermann Junger. Recently, Kruger retired from serving as a professor at the University for Art and Design in Halle, Germany. He received the prestigious Herbert Hofmann prize in 1987 and again in 2005, and his work is represented in private and public collections including the Cooper-Hewitt Museum, New York; the MFA Houston; the Montreal Museum of Fine Arts; the Powerhouse Museum, Sydney; and the Dallas Museum of Art.