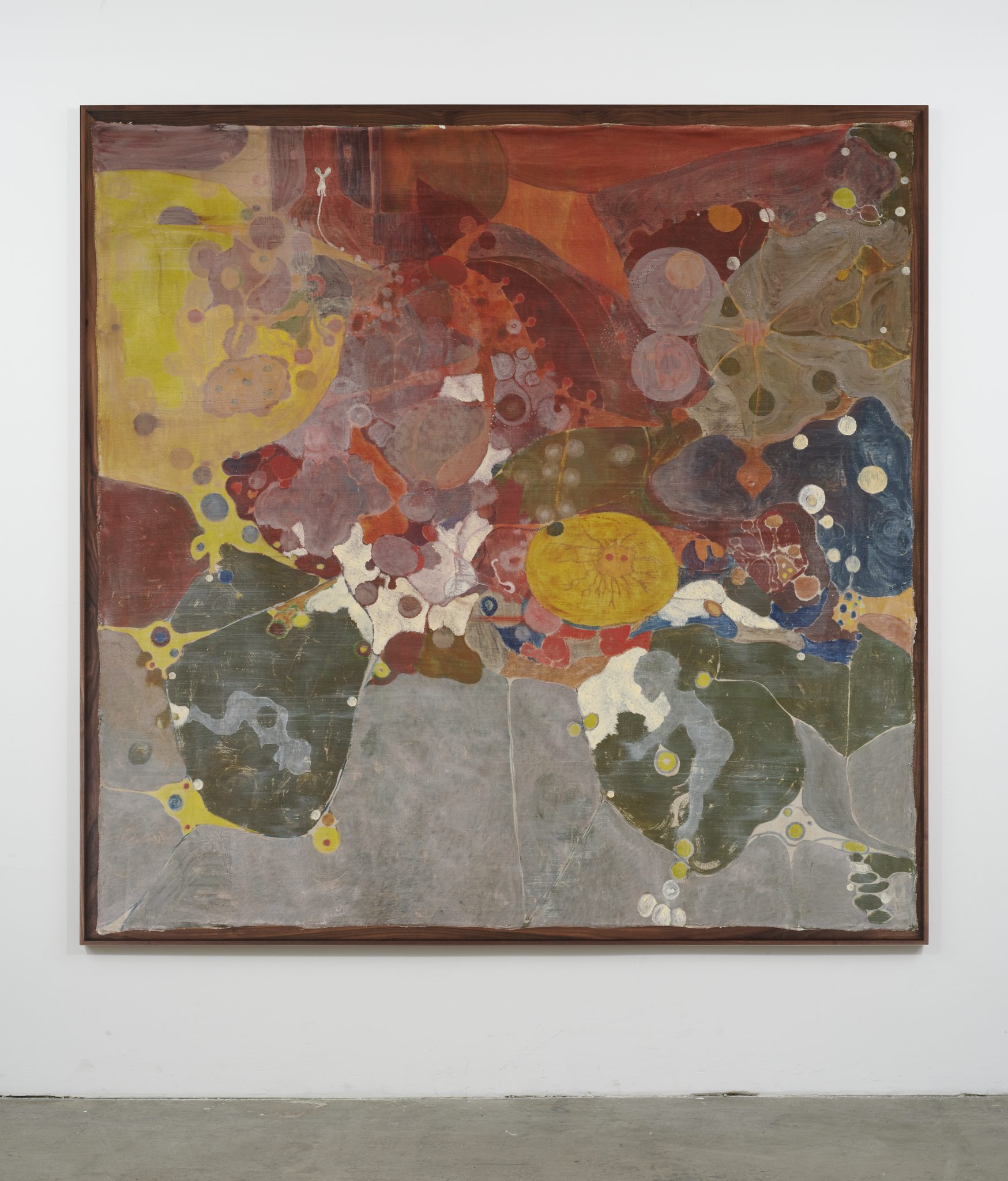 Tokyo-born, New York/Oakland-based artist Justin Caguiat’s paintings feel grounded in history, yet also seem uniquely mysterious and informed by contemporary culture. Painting on large, unstretched canvas, Caguiat’s fresco-like surfaces undulate with abstract, organic, and representational imagery that melt into each other. As the eye moves across the canvas and through layers of paint, imagery slowly appears and a strange, mystical space forms in what critic Sophie Ruigrok described as “a primordial soup.” Caguiat is a published poet, and the influence of the veiled, symbolic potential of language can be felt in his work. In 2018, Caguiat had a solo show at 15 Orient, New York, and his work has been included in group shows at galleries and project spaces throughout North America, Italy, and Switzerland.

The painting must be loaned to Justin Caguiat’s upcoming solo exhibition at The Warehouse, Dallas, Spring 2022.