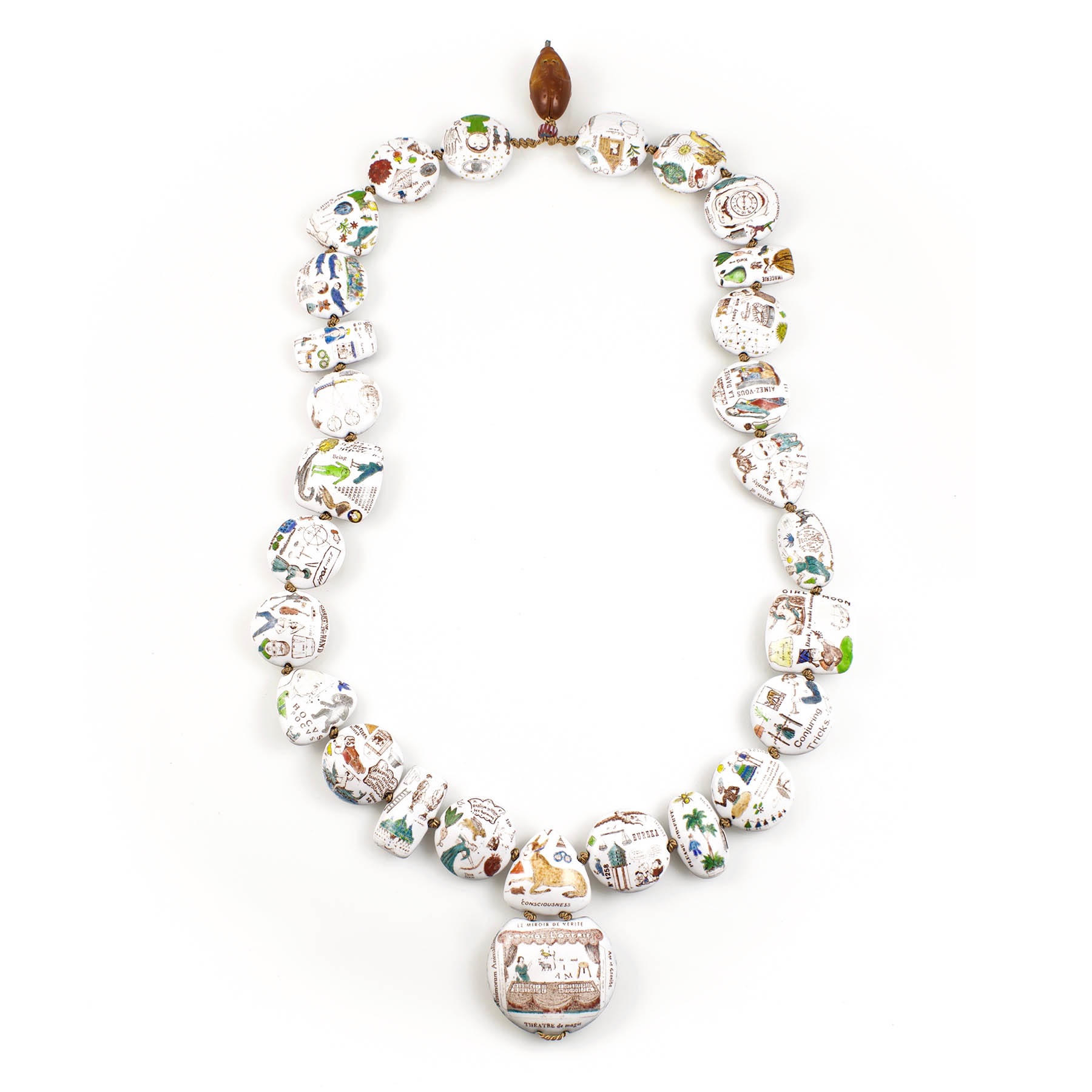 The metaphysical plays a central role in Kim Nogueira’s jewelry; she crafts wearable art that is both thought-based and thought provoking. The artist explains, “My intuitively designed and layered narratives in glass and metal extend an invitation to the viewer to become a magician for a moment, an alchemist in reverie, a shaman dreaming a new world.” Nogueira titled this strand of Buddhist prayer beads (called a mala), Imago Mundi, meaning “microcosm of the world.” This piece is comprised of 27 beads which have been covered in images and memories inspired by her shamanic pilgrimages to her inner self. Like traditional malas, this strand of beads is meant to protect you physically and guide you spiritually. With her “floating visions” adorning the beads’ surface, Nogueira encourages the wearer to unleash the imagination, contemplate the self, and dive into the subconscious mind. This work and the included artist-made box are part of a series that she sees as protective jewelry. Nogueira uses a unique combination of goldsmithing and enameling techniques. She painstakingly arranges and transfers tiny “texts and imagery from many different eras in history,” fusing them to her jewelry forms in her kiln. Her B.A. in sociology from Smith College and 16 years apprenticing as a goldsmith have guided Nogueira to the mindset and skill she puts into her jewelry. An award-winning artist, Nogueira has showcased her work in numerous publications along with juried and curated exhibitions both internationally and nationally.  She is currently based in St. John in the Virgin Islands.