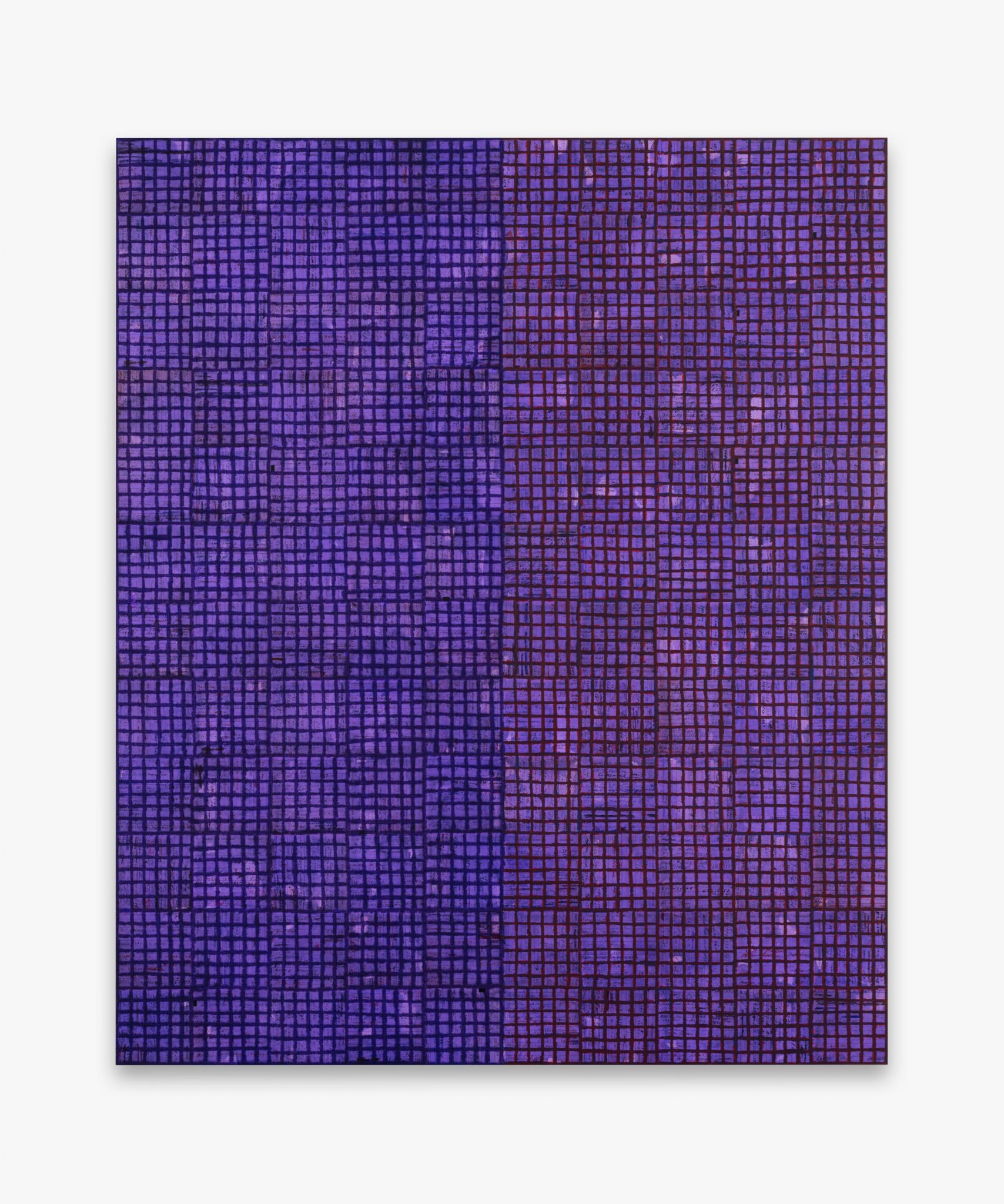 [T]he canvases I called “DNA Studies” incorporated pages from my address book, all those names and numbers I’ve had in one book for over twenty years. When I was working on those I was reliving every day of my life. Every name, every face – it’s emotional; you think of things, and you feel things. – McArthur Binion

Born in Macon, Mississippi, artist McArthur Binion became the first African American to receive an MFA from Cranbrook Academy of Art before moving to New York City in the 1970s to become a member of the city’s experimental art scene. During that time, by necessity, he kept a detailed address book, which featured close friends and artists like Dan Flavin, David Hammons, Sol LeWitt, and Jean-Michel Basquiat. Decades later while painting his DNA Studies, he inserted his own biography into the series by including pages from this address book (as well as his birth certificate and other personal documents) that form the “substrate” of his canvases. “For me, the most challenging thing I could do was work to find some humanity within abstraction,” explains Binion. “The goal, for me, was to make abstraction personal.” The idiosyncratic grid of DNA:Study hints at the complicated human hand that created the piece, and draws the viewer in to examine the details of Binion‘s life. Binion has work in numerous public and private collections, including the Metropolitan Museum of Art, New York, and Binion’s paintings were presented at the 2017 Venice Biennale in “Viva Arte Viva.”