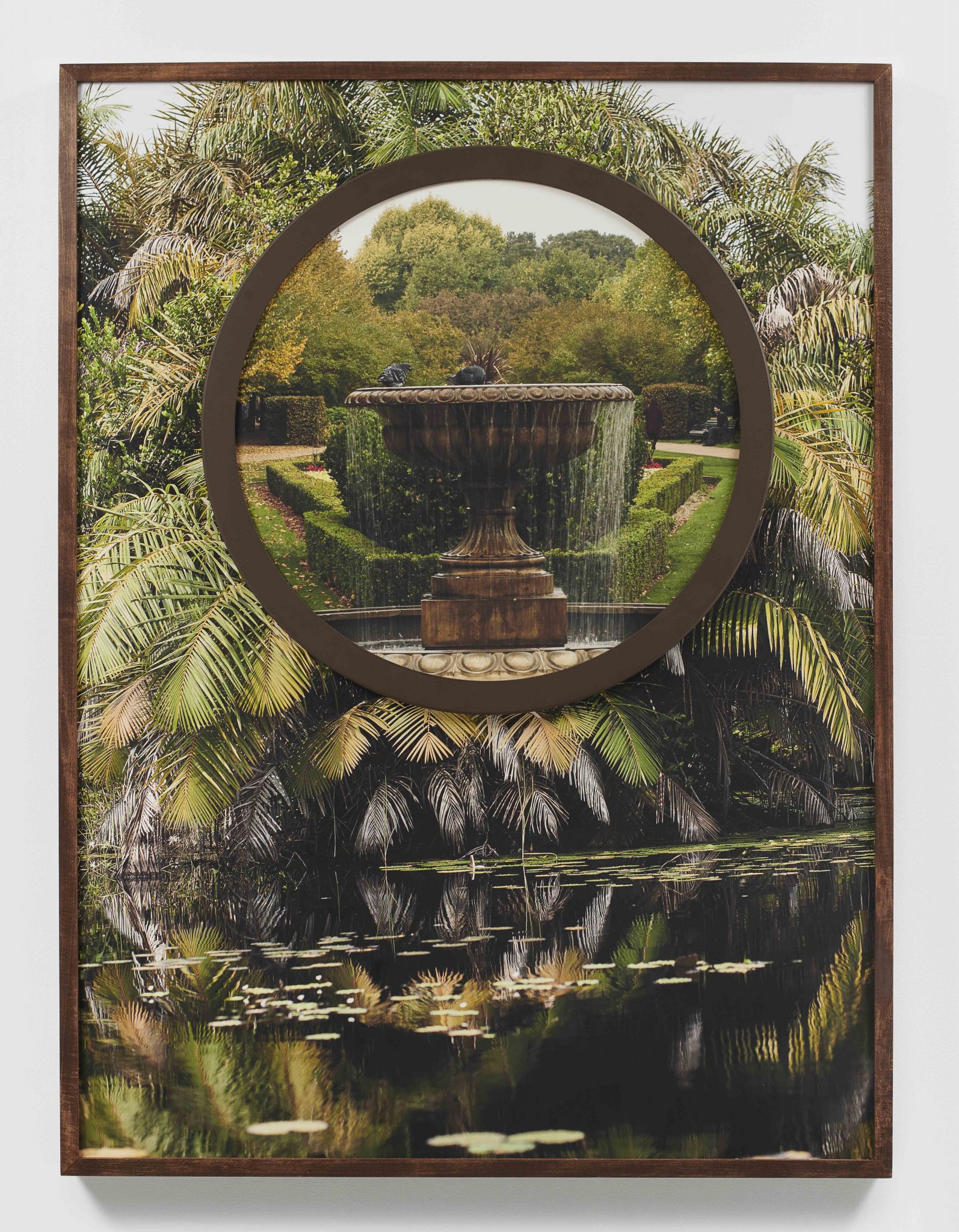 Photography is a way for power to have a direct line into subjects, into us, into the masses; to formulate narratives that we don’t question, because we think these narratives are something called reality.  – Todd Gray

Photographer Todd Gray is focused on the inherent politics and social implications of image-making. His recent photographic work juxtaposes images from his own archive (accumulated over the past 45 years) to pose questions and alternate narratives about history, slavery, and the African diaspora – all subjects of importance to Gray as his own family is not able to trace their ancestry back more than three generations due to the slave trade. Commenting on Gray’s work, Carrie Mae Weems has said, “[Todd has] come to understand something about who we are … through [his] decision to break the frame, to break the mold, and to then recombine, reconfigure, reimagine the consequences of history and the way in which it’s all framed and constructed.” In this work, a round photograph of a manicured, French-style garden and fountain cover a more natural setting, raising questions about where the plants originate, how nature is controlled and presented, and what is the historic dialogue between these two locales. Gray’s title for the work further hints at this complicated history by combining a European reference (Descartes, French mathematician who established analytical geometry) and gris gris (a protective, spiritual amulet originating in Ghana). Gray lives and works in Los Angeles, CA, and Akwidaa, Ghana. He began his career photographing rock bands and R&B acts. Between 1979 and 1983, he was Michael Jackson’s personal photographer. His work is represented in numerous museum collections, among them the Whitney Museum, New York; Wadsworth Atheneum Museum of Art, Hartford; LACMA, Los Angeles; National Gallery of Canada, Ottawa; Studio Museum in Harlem; and LA MoCA, Los Angeles. He was the recipient of the Guggenheim Fellowship in 2019, and of a Rockefeller Foundation Bellagio Residency, Italy in 2016.