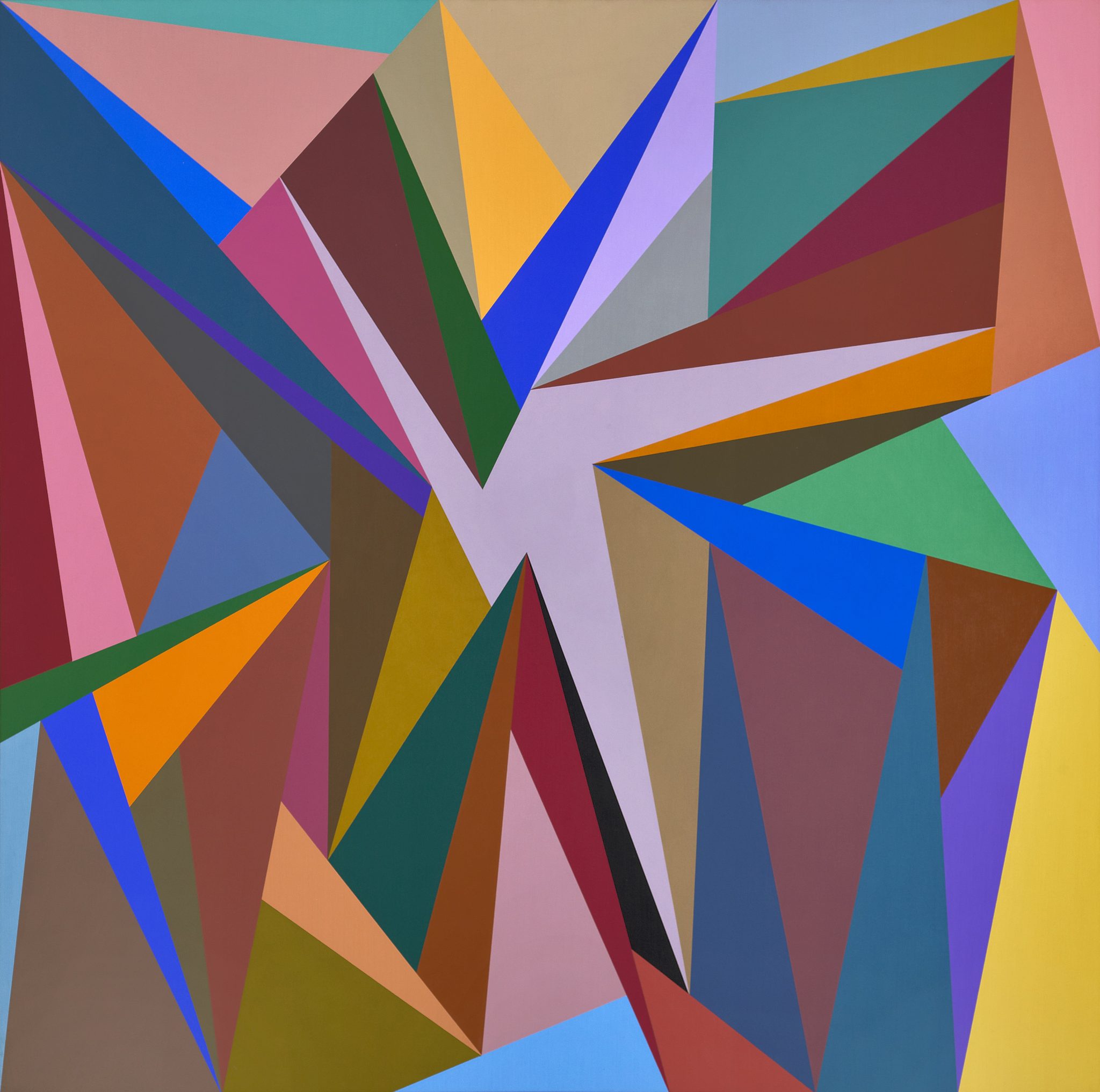 I am an intuitive painter, despite the ordered appearance of my paintings, and am fascinated by the infinite range of expression inherent in color relationships. For the past fifteen or twenty years, I have been working with systems including relatively simple numerical progressions, modular constructions, and random sequences. Images formed thusly emerged in very surprising and gratuitous ways, as opposed to being drawn or designed in what had become, for me, on hindsight, a rather self-conscious operation. – Karl Benjamin

In a career that spanned over five decades, Karl Benjamin explored the unlimited potential of color and geometric abstraction. A crucial early moment in his career was Benjamin’s inclusion in the 1959 LACMA exhibition Four Abstract Classicists: Karl Benjamin, Lorser Feitelson, Frederick Hammersley and John McLaughlin. In this era and beyond, his Hard Edge Painting style of the 1950s evolved to include optical effects using stripes, organic planes floating above bold fields of color, and jagged, crystalline shapes, seen here in #4 where pastel colors recede and deeper colors project in an angular vortex of space. Benjamin was awarded the National Endowment for the Arts Grant for Visual Arts in both 1983 and 1989. His work has been featured in numerous museum exhibitions and is included in the public collections of LACMA, Los Angeles; LA MoCA, Los Angeles; Museum of Modern Art, Israel; Oakland Museum; SFMoMA, San Francisco; Seattle Art Museum; and the Whitney Museum, New York, among others.