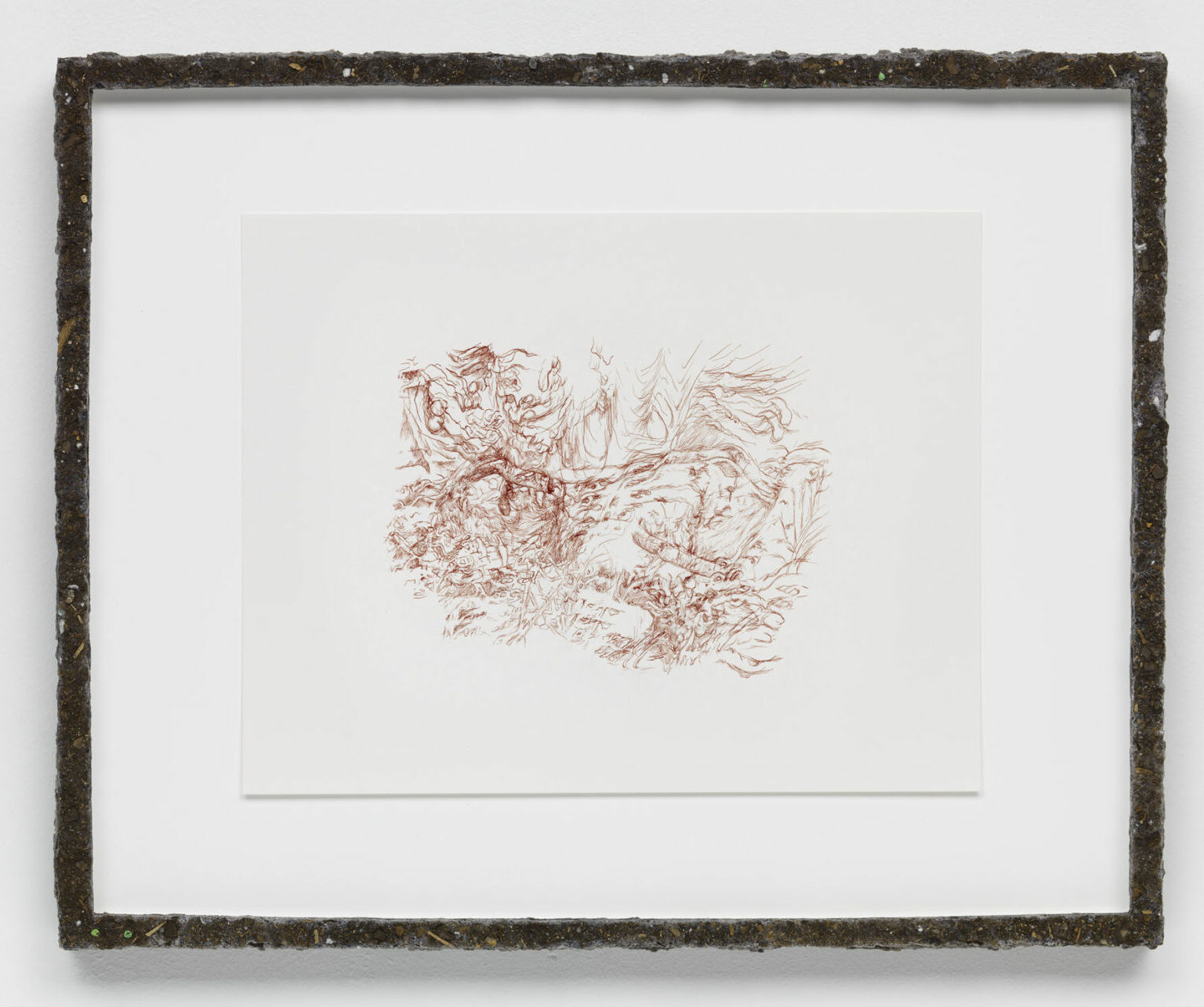 Whether cathartic or just damning, fatalism reverberates through Ursuţa’s work… It gnaws on the bones of failure and folly, to be sure, but in all forms […] it is animated by dark humour and tender irony, and wrapped in cynical puns. – Natalie Bell, co-curator of Ursuţa’s 2016 New Museum exhibition

Andra Ursuţa’s “The Man from the Internet” is a decade-long project consisting of 100 ink on paper drawings based on the same lo-res internet photo. The image depicts the decaying corpse of a victim of the Russian/Chechen conflicts of the 1990s in an excavated mass grave. Ursuţa found the image on an unofficial Russian-English news website that no longer exists, adding to the image’s mystery and complicated existence. By repeatedly drawing the image, the artist meditates on the shifting meanings in the complicated, yet heart-wrenching, photo, while also questioning the ubiquity of war images in our daily digital lives. Ursuţa has said, “No personal human engagement with any cause can keep up with the speed of its online obsolescence. The pressing moral issues of today become the undesirable and compromised positions of tomorrow.” Ursuţa’s work has been the subject of solo exhibitions at institutions such as Fondazione Sandretto Re Rebaudengo, Turin; New Museum, New York; Kunsthalle Basel; ICA, Miami; the Hammer Museum, Los Angeles; Kölnischer Kunstverein, Cologne. Her work also was included in the 55th, 58th, and 59th Venice Biennales, and is held in public collections such as the Tate, London; Aïshti Foundation, Beirut; DESTE Foundation for Contemporary Art, Athens; Fondazione Sandretto Re Rebaudengo, Turin; Hammer Museum, Los Angeles; and ICA, Miami.