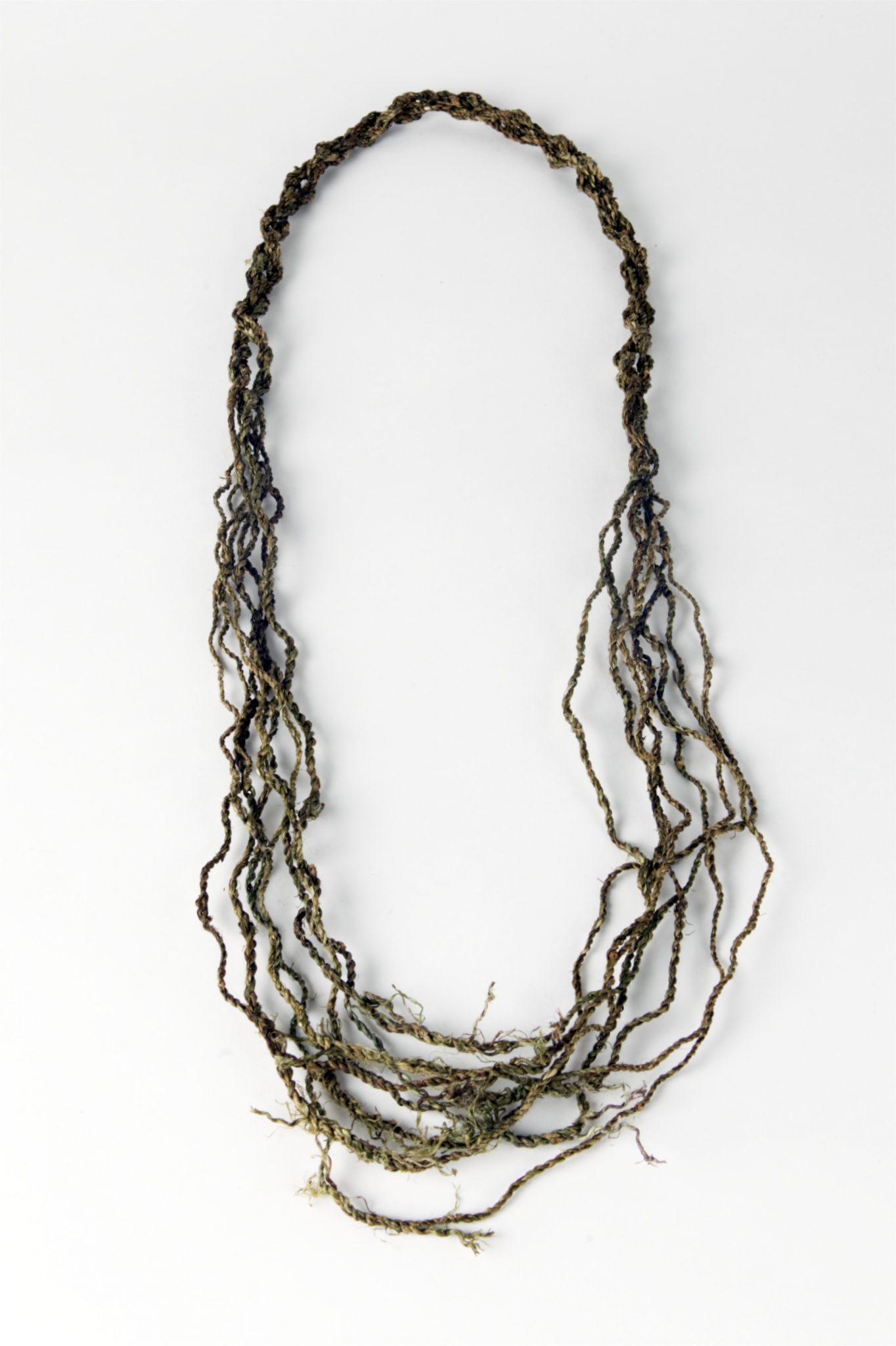 German-Greek jewelry artist Jasmin Matzakow choses to work with fibers from the stinging nettle plant in her Ecotechnomagic series, through which she comments on environmental issues. Matzakow believes that we should use “the good things already existing” in nature to foster environmental sustainability, in this case locally sourced stinging nettles. They grow abundantly and, despite their reputation for piercing and irritating the skin, are frequently used in food, medicine, cosmetics, and woven into textiles. By using an ancient technique to harvest, process and spin these plant fibers into thread, Matzakow “recreates an ancestral connection with the earth.” The Ecotechnomagic: Time necklace gives its wearer a highly sensory and thought-provoking experience. Matzakow choses this material because she wants “the wearer to literally allow herself to be touched by the serious topic and to carry it with her.” Throughout her training and career, Matzakow has developed a very thoughtful approach to making, co-founding groups devoted to researching and discussing the philosophical meaning of craft during. She holds a Diploma of Arts in jewelry from the Burg Giebichenstein KunsthochschileHalle in Germany and a MFA from the Konstfack University College of Arts, Crafts and Design in Stockholm, Sweden. Now based in Munich, she lectures at the city’s Art Academy and has pieces in public museum collections in Germany. She has shown her work in a multitude of group and solo exhibitions internationally.